Northern Ireland face the unenviable task of a trip to Italy to start their qualification process for World Cup 2022 in Qatar. Italy are the big favourites heading into the match, which is no surprise when you compare the two squads. The visitors will try to set up strong and hard to break down in the hopes they can hold out for a draw or even pinch and unlikely victory.

Most Goals in First Half

Italy have scored 10 or their last 17 goals in the first half of games, including four in their opening half against Moldova back in October. Italy have also scored in four of their last five first halves against Northern Ireland.

Italy's last two wins against Northern Ireland, 2011 and 2009, have both been via the same 3-0 scoreline. Italy scored four times without reply in a recent game against Estonia and Northern Ireland let in two goals in their last away game against Austria, so you can see why we're backing Italy to claim a comfortable 3-0 victory on Thursday.

Italy vs Northern Ireland: The Key Stats and Odds

Italy will be aiming to extend their winning run to four straight matches when they play host to Northern Ireland on Thursday. The hosts have an excellent record against their guests and have looked extremely difficult to score against of late, while Northern Ireland possess a much-weaker squad than the Italians and will be happy to come away with a point.

The home side could start with Gianluigi Donnarumma at the back. The AC Milan shot-stopper might only be 22-years-old but he is already labelled as the next Buffon. Giorgio Chiellini and Leonardo Bonucci provide vast experience at the back, while Marco Verratti will be the playmaker in the centre of the park. Italy have choices up-front as Ciro Immobile, Andrea Belotti or Moise Kean would all be worthy of leading the line. Jorginho hasn't made the squad nor have the injured duo of Angelo Ogbonna and Domenico Criscito, but the Italy squad is still much stronger than Northern Ireland's even without those players.

Northern Ireland are really lacking in the goalkeeper department but do have a solid and experienced defence that includes Jonny Evans, Craig Cathcart, Stuart Dallas and Shane Ferguson. The visitor's midfield is also packed with experience in the form of the captain Steven Davis, Corry Evans, Niall McGinn and Paddy McNair, while up top Kyle Lafferty could lead the line in what would be his 80th international cap.

FAQ about Italy vs Northern Ireland 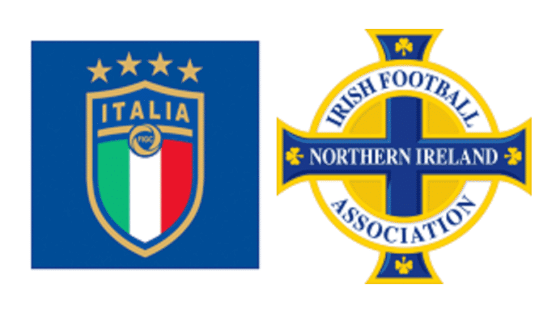