The European champions step out onto the field for the first time since defeating England on penalties in the final of Euro 2020 and their fans will be expecting a comfortable victory at home to Bulgaria. The visitors have struggled in qualifying so far and are yet to secure a win, so a trip to Italy is likely to produce yet another loss.

Under 2.5 goals have been produced in five of the last seven encounters between these two countries, which includes each of Italy's last four wins against the visitors. Under 2.5 goals have also been scored in three of Italy's last five outings as well as in four of Bulgaria's last five fixtures so despite the obvious quality gap between the pair, we're not expecting lots of goals in this qualifier.

The European champions are the overwhelming favourites to beat Bulgaria

Belotti and Spinazzola, who both played their part in the Euro 2020 success, have missed out on the World Cup qualifying squad for one reason or another. The ageing Chiellini and Monucci remain in the side but there are a couple of uncapped players, in the form of Gollini and Scamacca, that have been called-up. New PSG goalkeeper Donnarumma will start in goal and the back four is likely to look very similar to the one that played the majority of Euro 2020. Locatelli impressed for Italy in the summer and earned a move to Juventus and Pessina, who also made an impact at Euro 2020, will be hoping to start the game. Three Juventus forwards have been selected and they include Chiesa, Bernardeschi and Kean.

Bulgaria have gone with a relatively inexperienced squad for these qualifiers with their highest capped player, Levski Sofia goalkeeper Nikolay Mihaylov, only having 39-caps to his name. The visitors are trying to build a new younger side that can hopefully qualify for major international tournaments in the future but for now, they still look very average and don't really have any household names. 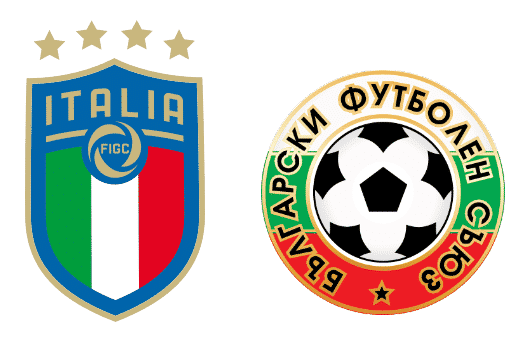