Having defeated the Netherlands 1-0 on Friday evening, England's attention turns to Tuesday’s friendly against Italy at Wembley.

Despite an experimental XI taking the field in Amsterdam, Jesse Lingard's first international goal was enough for the Three Lions to see off the Dutch and extend their unbeaten run to seven games.

While a confidence-boosting win for Gareth Southgate and his men, it meant Ronald Koeman’s first match in charge of his country ended in defeat. Across the Atlantic in Manchester, new Italy boss Gigi Di Biagio was living the same experience.

The Azzurri lost 2-0 to Argentina at the Etihad Stadium, hardly the ideal first building block for a nation who will not be competing in Russia this summer.

Di Biagio was promoted from the Under-21s as a temporary measure, replacing Gian Piero Ventura after he was sacked in November following the shock play-off loss to Sweden.

Italy hadn't missed out on a World Cup since 1958, so sweeping changes were expected. They are yet to name a permanent head coach – an appointment is expected to be made in May – so until then Di Biagio must try to restore some pride and belief in an Italian squad that is far better than recent results suggest.

Friday’s 2-0 defeat to an Argentina side who were without Lionel Messi shows there is much work to be done, but it also underlined just how poorly managed their own crop of players had been under the previous regime.

Marco Verratti is case in point. He made just his 20th start for his country almost six years after being handed his debut. A Champions League regular for Paris Saint-Germain, he has been criminally underused by a succession of Italy managers, although that pales in comparison to the man alongside him against Argentina.

Napoli midfielder Jorginho has completed more passes than any player in Europe's big five leagues in each of the last three seasons. Yet at the Etihad he made only his second start for the Azzurri.

He was often overlooked in favour of Marco Parolo, Stefano Sturaro and Thiago Motta, which meant Italy had a disjointed midfield which was devoid of creativity. It's been frustrating for fans who should've been watching Verratti and Jorginho pick opponents apart. 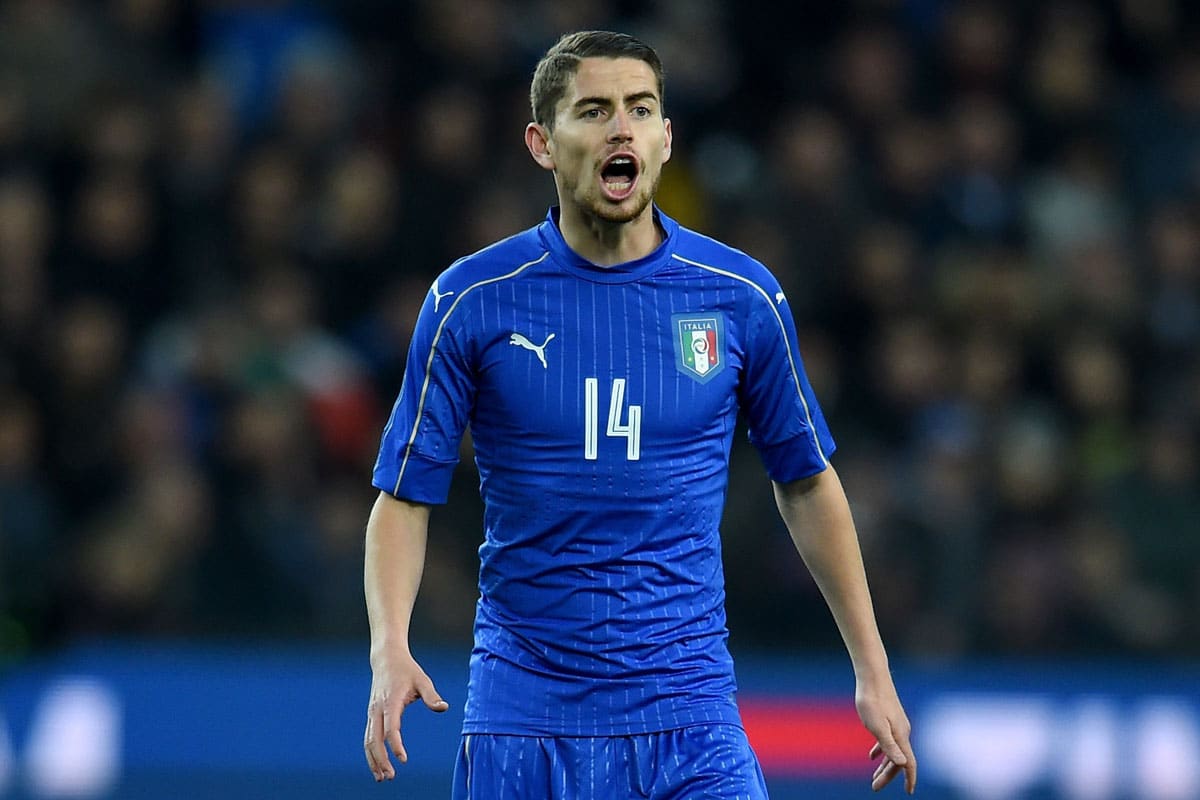 The same is true in attack where Ventura’s refusal to abandon his favoured 3-5-2 formation saw two traditional No.9s, Ciro Immobile and Andrea Belotti, shoehorned into the same XI.

Lorenzo Insigne – who has been devastating Serie A defences for the last few years – was left kicking his heels on the bench, with even Daniele De Rossi angry at the Napoli star’s continued omission.

“Why the hell should I go on?” the Roma captain asked his coach when told to warm up with Italy trailing Sweden 1-0 in their play-off clash. “We don’t need to draw, we need to win!”

It was a perfect encapsulation of the last two years as Ventura made inexplicable decisions that resulted in humiliating failure. Yet even though it will be strange to experience a World Cup without them, Italy seem to have consigned that to the past and, as Di Biagio proved with his starting lineup against Argentina, they are already looking to the future.

His first-choice XI had an average age of 26, a remarkable feat considering he still had Gigi Buffon in goal. With Milan’s Gigi Donnarumma (19) or Mattia Perin of Genoa (25) waiting to replace the 40-year-old Juventus captain, the overall feel is a much younger group littered with enough veteran experience to be successful.

That trio already boast 36 Serie A goals and 18 assists between them this term, they possess the pace, skill and tenacity that are prerequisites for any forward line in 2018.

There are many issues still to overcome, not least of which is the midfield. Verratti and Jorginho struggled at the Etihad Stadium and bringing balance to that unit will be crucial for the Azzurri in the coming months.

Both men are used to dominating the ball and first deciding whether they can function together and then finding a solution that allows them to do so will be high on Di Biagio's to-do list. Perhaps in the long term a 4-2-3-1 formation might offer an alternative, but it will almost certainly be 4-3-3 again at Wembley.

The coach has already begun – in some cases by choice and in others forced by the international retirements of more senior players – to usher in a new era for the Nazionale, something that must be embraced even more over the next few months.

“We all want to go again and make a statement, even though we know it isn’t easy,” 21-year-old Roma midfielder Lorenzo Pellegrini told reporters over the weekend.

“It doesn’t happen in one day but hard work always pays off. We have to do it for ourselves, for Italy and for pride. We are fed up of seeing other teams win. Unfortunately we have a lot of time ahead of us before playing competitive matches again, but we have to take advantage of it.”

The talent is clearly there to do just that and there were flashes of their potential as a team against an opponent as dangerous as the current Argentina side.

Supporters of the Azzurri will be looking to see those hopes nurtured as they mature together, and what better place to start than in the home of football?