On Sunday night, Toulouse FC achieved something that clubs very rarely accomplish in France. Despite having just 23 per cent possession and three shots on goal, they held Paris Saint-Germain goalless.

Silencing the Parc des Princes is a special achievement, to put a cherry on top, it was the second time Le Téfécé have stopped the Ligue 1 champions.

Goalkeeper Alban Lafont, linked with a summer transfer to Arsenal, has received a lot of the plaudits, it was his second clean sheet against Unai Emery’s team. Sitting just ahead of the young shot-stopper was Issa Diop.

Issa Diop a target for Arsenal

The 20-year-old centre-back, tall, commanding and showing experience beyond his years, is also a target for the Gunners says French magazine, France Football.

Reportedly, both the Gunners and Tottenham Hotspur were in attendance at the weekend to watch the centre-back hold off the Parisians.

Diop finished the game with four tackles and four clearances, plus two blocked shots. His impressive partnership with 23-year-old Christopher Jullien, was at the heart of a brave and committed performance in Paris.

Turning 20 in January, it is amazing to think that Sunday was his 41st appearance in the top-flight. He will likely finish the season with over 50 games under his belt and has quickly become one of TFC’s most experienced players.

If Arsenal are looking for a long-term replacement for 31-year-old Laurent Koscielny, a player with the physical attributes and game intelligence to grow a partnership with Shkodran Mustafi, then Diop is the perfect fit.

His maturity comes from the way that he was thrown into the deep end last season. Struggling in the relegation zone, you want players who care, players who will wear the shirt with pride and honour. 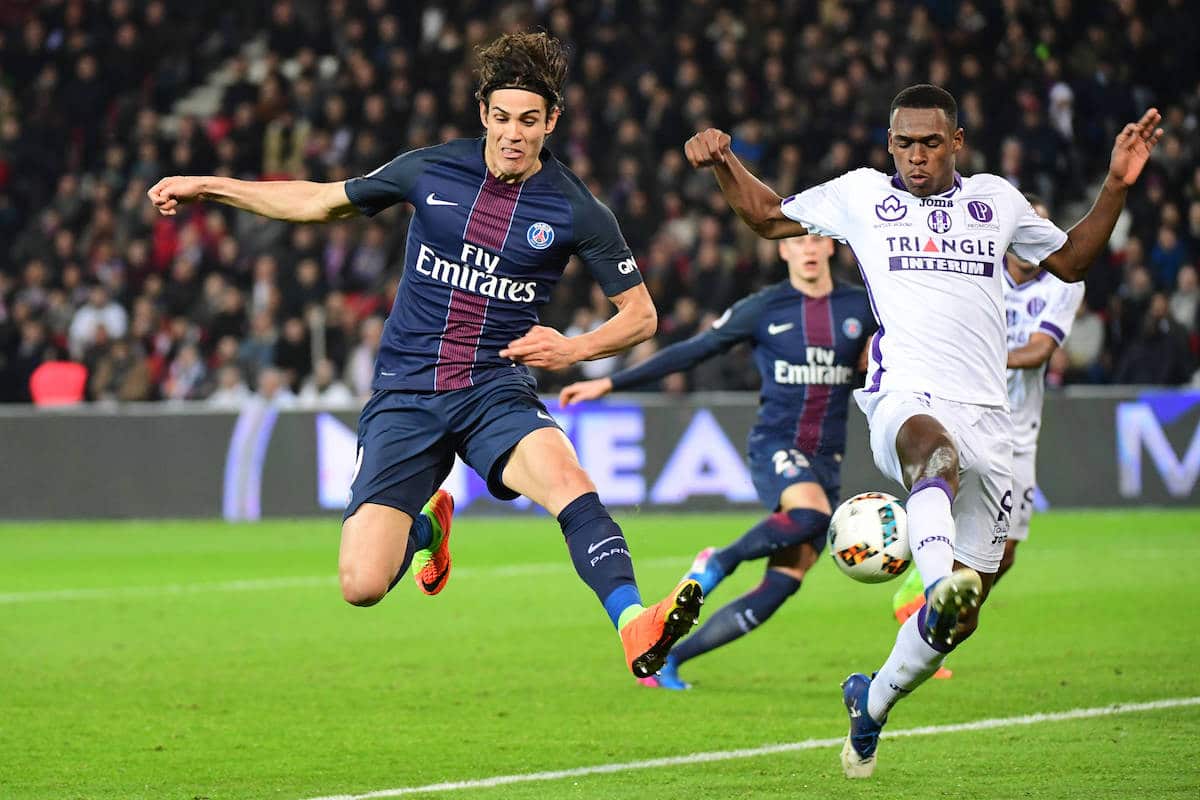 Last season, with Toulouse mired in a relegation battle for most of this campaign, 15 weeks into the season, former boss, Dominique Arribagé looked to his youth squad for answers and just in front of Lafont stood the unmistakable frame of the teenager.

Standing at around 6 foot 4 inches tall, the centre-back, who has been part of his hometown club since he was eight years old, made his first start for the club in November 2015.

Since that very day, the centre-back has made that position his own.

“Issa was the real man of the match,” Captain Jean-Daniel Akpa-Akpro told the local press after the 2-0 win over Nice.

“I’ve started with a win and we didn’t concede, so it’s all positive,” smiled Diop after the victory. “Wearing the shirt to represent this city comes with great pride, emotion and happiness. It’s magic!”

18 years old at the time, he would score his first-ever goal the following week away at Troyes and, although sent off at the end of January against Guingamp, the towering defender has been almost an ever-present.

A small back injury kept him out of several games this season, but he made his return in January and has been better than ever.

Last season, after his debut against Nice, only three players in Ligue 1 averaged more clearances per game than Diop. Although that is to be expected playing in a team that is playing under pressure most weeks, his performances have still been impressive.

What does Diop bring?

His towering presence in the air is a sight to behold, winning around 63 per cent of his aerial battles. That is even more impressive in a physical league like France.

Diop is also quick across the ground, covering a lot of yards with his long legs and getting his body in the way of opponents attempts.

Now 20 years old, he is still growing into his body, but already this term, you can see improvements. The defender is making fewer fouls per 90 minutes. Going from 1.3 to 0.8.

He has remained consistent defensively, averaging 1.4 successful tackles, 1.8 interceptions and 3.7 clearances. The last one has dropped from 5.7 last season, but that is more due to the performances and partnership he has created with Jullien. He is averaging 7.6 clearances per game beside Diop.

Sometimes he can look a little awkward or not take up the best position, but he is still learning the game and definitely has all the raw attributes that you would want in a powerful centre-back.

There is a tradition in France is bringing through young, strong, tall defenders who are also good on the ball. The hope is that Diop develops the latter as a strength, but that will only come with experience and time on the pitch.

Diop’s passing has remained constant, averaging 35.4 passes and 2.0 accurate long balls. This term, his dribbling has improved, going from 0.1 successful dribbles per 90 minutes, up to 0.6.

The young defender has come all the way up through the France youth set-up – from Under-16 to his current position in the Under-21 squad. He made his debut for Les Espoirs in September 2016 and many believe he’s a natural leader for the full national team at some point.

At the start of the last season, before making his professional debut, Diop’s only goal was to complete a full campaign for the Under-19 or CFA sides, it’s part of his humble nature that he didn’t expect to be at this stage so quickly in his career. However, it’s that unexpected grace and desire to improve that endeared him to Arribagé and is why, unlike other younger players in the team, Dupraz has continued to select him.

Diop knows where his game is, and knows where he must improve. Rather than dwell on any one weakness, he explained that he needs to improve every aspect of his abilities. That level of maturity will be helped by the fact that has grandfather played for Bordeaux back in the 1970s – football is in his blood and you can see that he wants to continually improve and help the club that he loves.

“It's a real joy for me to be coaching a youngster like him,” Dupraz told French TV. “He's an incredible footballer, I'll stick my neck out and say that he will go far because he's a good lad who has his feet on the ground.”

Diop ticks every box that Wenger would look for in any professional and potential signing. If the French boss is still in charge next season, the young defender would be the ideal fit at the Emirates.

With every game that passes and each impressive performance that Diop makes, it becomes harder and harder for Toulouse to hang on to their talented prodigy.