Israel lost 2-0 at home to Denmark in their opening WCQ but will be expecting a more even game against Scotland. Steve Clarke's men rescued a 2-2 draw at home with Austria in midweek but haven't won on their travels in their last three attempts and we're expecting a very tight and tense 90-minutes on Sunday. You can find all our tips and predictions for Israel vs Scotland right here.

Scotland have only won one of their three trips to Israel and that was back in 1981. The hosts lost at home to Denmark last time out while Scotland haven't won on the road in their last three tries, so you can start to see just why we're backing a draw on Sunday.

Under 2.5 goals have been produced in the last three meetings between these two nations, with Israel claiming a narrow 1-0 win against Scotland in November of last year. Each of Israel's last three matches and five of Scotland's last six outings have seen under 2.5 goals scored.

The hosts haven't scored more than one goal in any of their last three matches and the same can be said for Scotland in five of their last six outings. These two countries played out a 1-1 draw in September 2020 and four of their last six head-to-heads have seen both teams score.

Every Stat you need ahead of the Israel vs Scotland match

Can Scotland end their winless run on the road?

Israel will be desperate to put their first points on the board this weekend, following that 2-0 defeat at home to Denmark in their opening qualifier. Sunday's hosts certainly possess the ability to score goals as Eran Zahavi and Munas Dabbur are both experienced forwards that play their club football at a high level and have netted a combined 31 international goals in 87 appearances. The Celtic midfielder Nir Bitton could miss the game against Scotland through injury but you can be sure we will have given his teammates all the information he has on Scotland, while Hibs goalkeeper Ofir Marciano should continue in goal.

Che Adams came off the bench to make his Scotland debut against Austria, as Steve Clarke's men secured a 2-2 draw. The hosts twice had to come from behind, first through Hanley and then through McGinn, to rescue a share of the spoils. Scotland would have been hoping to win their home qualifiers and it does put more pressure on them to end their three-game winless run on the road this weekend. The Scots lost their last two away games 1-0 and before that, they drew 1-1 with Serbia. Che Adams has been brought in to help Scotland's goalscoring issues, though, Clarke will have been pleased to see his side score twice in midweek.

FAQ about Israel vs Scotland 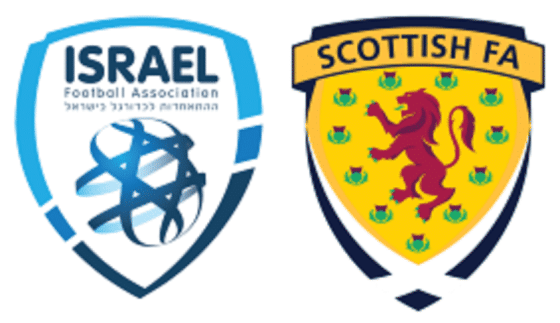