Israel’s World Cup 2022 qualification hopes are hanging by the thread going into the last three matches in the group stages. The upcoming match for Israel will be against Moldova at the Yaakov Turner Toto Stadium.

Israel suffered a late 3-2 defeat against Scotland that leaves them third in the standings. Israel are dependent on Scotland to drop points in the remaining three matches to have hopes of World Cup qualification. Moldova fell to a fourth consecutive loss after being beaten by table leaders Denmark 4-0 at home.

Moldova are one of the lowest ranked outfits in the World Cup qualification group and Israel should be able to make use of this match to get back to winning ways. The team has suffered back-to-back losses in away matches to suffer a major blow in the World Cup qualification hopes. In the reverse fixture, Israel picked up a comfortable 4-1 win and they have not lost to Moldova in the last six matches.

Only a single meeting between Israel and Moldova in the last 10 years has produced less than 2.5 goals. Israel have consistently been involved in a high-scoring matches with their recent five matches in all competitions producing 3.5 goals or more. Moldova are a team that has conceded 22 goals – the highest in the group F – so far this season.

Israel to win to nil

Moldova have so far only scored three goals from the seven games. They are likely to struggle more in an away match. Moldova’s only available in the last nine games was against minnows Faroe Islands. Even though Israel have allowed 10 goals in the last three World Cup qualifiers, Ruttensteiner should be able to achieve a clean sheet this time around.

Top Betting Odds and Stats for Israel vs Moldova

Israel are dependent on other results to qualify for the World Cup. The loss against Scotland is a huge blow to the national team’s hopes of reaching the first World Cup finals since 1970. Israel are now behind Scotland by four points with three games left in the group. There is also a threat from Austria, who are level on points. Hatem Elhamed is back in the team after being suspended for the game against Scotland.

Moldova are at the bottom spot in the group and they are never really in contention to qualify for the World Cup. Now, however, pride will be at stake for Moldova with three World Cup qualifiers remaining for the team. Oleg Reabciuk returns from suspension for Moldova.

Questions about Israel vs Moldova 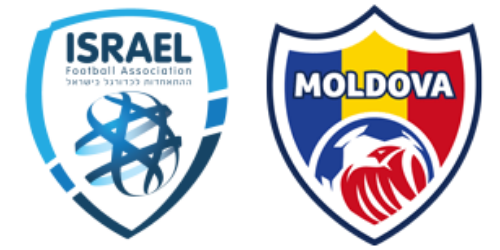 Where is the match scheduled? Yaakov Turner Toto Stadium

Which team is the favourite to win? Israel