Israel and Faroe Islands meet in Netanya for a World Cup Qualification Group F tussle on Monday. Read our expert predictions and find the latest odds for the game below in our match preview.

Israel and Faroe Islands end their qualification campaigns with a clash in Netanya on Monday. Find our top three predictions for the contest below.

Hammerings haven’t been quite so frequent for the Faroe Islands in recent qualification assignments and under 3.5 goals have been scored in four of their last five Group F matches as a result. With their improving backline a major factor, we’re tipping the visitors to keep the score to respectable levels in Netanya on Monday and we recommend sticking to the under 3.5 goals market with that in mind.

Half With Most Goals – Second

The Faroe Islands have been making strides defensively under Håkan Ericson and they are becoming visibly harder to break down. Indeed, 11 of the last 16 goals the Faroe Islands have conceded were shipped in the second half of their games. They should start to tire as the game develops on Monday evening however, and Israel should have more spaces to exploit in the second half. With that considered, bettors are advised to back more goals to be scored in the second period.

Israel to Win to Nil

While improvements at the back have been notable, the Faroe Islands still struggle badly at the opposite end and they were beaten to nil in five of their last seven Group F fixtures. Israel were one of their conquerors in Tórshavn back in September (4-0) and Willibald Ruttensteiner’s side are well-drilled enough to keep the same opponents at arm’s length on Monday. Those factors suggest a stake on Israel to win to nil again could return a successful bet.

Israel vs Faroe Islands preview: Israel to finish on a high?

Israel’s 4-2 reverse to Austria on Friday evening was their third defeat in four Group F games and the wheels really came off their qualification efforts in the campaign’s final throes. Their endeavours were not without their high points however, particularly in September’s 5-2 triumph over the Austrians and on Monday, Israel have the chance to cap their qualification adventure on a high.

The Faroe Islands are on course to finish second last in Group F – which is a success in itself for the minnow islanders. A victory over Moldova in September looks like being their only win in the section barring a miracle in Netanya on Monday, though the nation’s improvement in the defensive third is also something to be proud of. 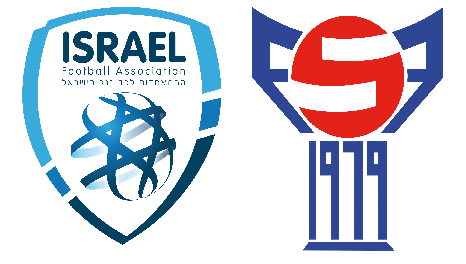 Which nation is favourite to win on Monday?

Israel have been priced as clear favourites to beat Faroe Islands by NetBet.

Viewers in the UK can watch the game via the red button on Sky Sports.