These two are in deep trouble near the foot of the table and locked on 18 points each. Will anything separate themm here? Find out with our Ismaily vs Al Mokawloon match preview with free tips, predictions and odds mentioned along the way.

Ismaily and Arab Contractors are not having their best campaigns so far; they are 15th and 16th respectively on the 18 team table, with just seven wins between them. It's important to point out that Ismaily have struggled against Arab Contractors in recent years; they have no wins in the last six clashes between these teams, with three draws and three losses. Although Arab Contractors won just one of their last seven games, they suffered only one loss in their last five games. Considering both teams' recent form, coupled with the recent head to head results between these teams, we don't think Ismaily will win today.

Ismaily have improved their scoring in recent weeks; they found the net eight times in their last four games alone, having scored just nine goals in 16 league games before that. Conversely, Ismaily have not been able to keep the goals out; they have seen their defence breached in five of their last six games, with nine goals conceded in that stretch. Similarly, Arab Contractors scored in four of their last five games, whilst keeping just one clean sheet in their last eight games. Both teams scored in three of Ismaily's last four, and three of Arab Contractors' last five games; with this in mind, both teams will likely find the net.

Ismaily are having their worst Premier League campaign in over a decade; they are 16th on the table, in the relegation zone, with just four wins in 20 league games. However, it's worth noting that all four wins came in Ismaily's last eight games; they'll hope to go up the league table with a win here.

Arab Contractors have struggled to win games recently; they've managed just one win in their last seven games, with four draws and two losses. Arab Contractors are just above Ismaily on the league table, with just three wins in 20 league games; they'll hope for better results against a struggling Ismaily side.

A quickfire FAQ on Ismaily vs Al Mokawloon 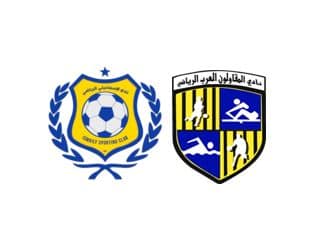