“We were like The Beatles,” Luis Figo once remarked as he looked back on the Real Madrid team he was a part of almost 15 years ago.

“We were like kids playing out on the pitch.”

Forever known as the Galáctico era, that time in the club’s history will always be remembered fondly, a lineup containing the likes of Zinédine Zidane, Ronaldo and David Beckham winning the 2002 Champions League to cap a golden era for the Spanish giants.

In 1998, a 32-year wait to lift European football’s elite trophy had ended, and over the following seasons President Florentino Pérez would go about bringing the sport’s biggest names to the Estadio Santiago Bernabéu.

Time after time he broke transfer records and sprung surprising deals, putting together a top-heavy side that relied on its attacking prowess to sweep opponents aside.

Two more Champions League triumphs would follow, capped by that unforgettable Zidane volley at Hampden Park where he despatched the ball with incredible dexterity as it fell from the Glasgow sky.

It was hard to imagine Real Madrid ever having a better side, but the current one led by Cristiano Ronaldo has a chance to be champions of Europe for the third time and is starting to make that a genuine conversation.

So which team is better? 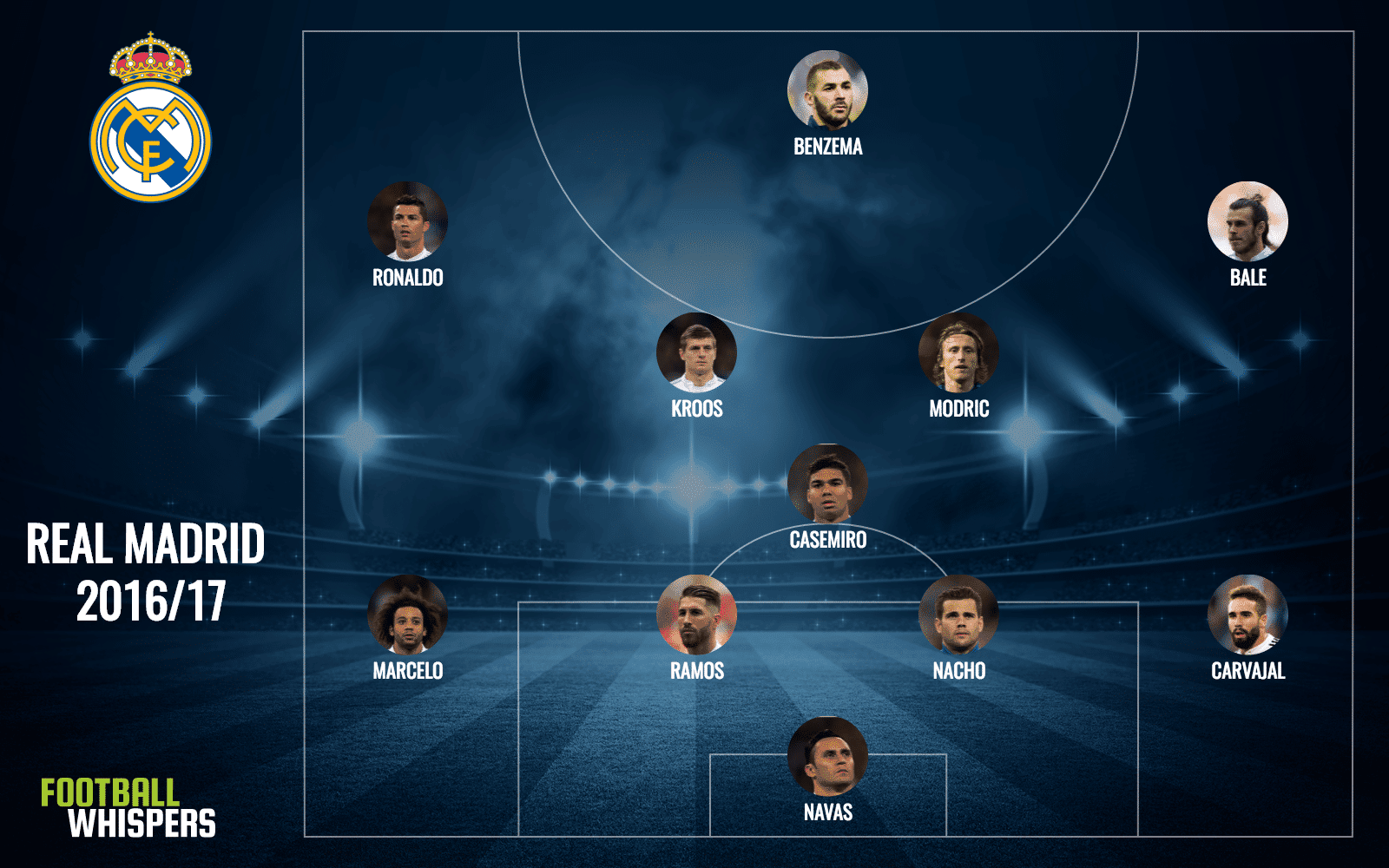 READ MORE: How Could Real Madrid Line Up Next Season?

Here is perhaps the one position where there is genuinely no debate.

Keylor Navas has done well and had some stand out moments since arriving from Levante in 2014, but the man he ultimately replaced is unquestionably better.

“Everyone speaks of my goal but the real hero was [Iker] Casillas with his saves,” Zidane says of that 2002 showpiece and it was not the first time the side owed victory to their goalkeeper.

Time and time again, “San Iker” would bail out his team-mates, his ability, athleticism and incredible reaction time allowing him to produce spectacular saves with startling regularity.

It also cannot be overlooked that he is one of two links between these sides, between the posts for Real’s Champions League triumphs in 2000, 2002 and 2014.

The Galáctico philosophy was, in Florentino Pérez’s words, one of “Zidane’s and Pavon’s,” meaning that he was prepared to bring world class attacking talent to the club but relied on homegrown players further back.

That was epitomised by the presence of young Francisco Pavón in the side, but there is little doubt that a defence of Míchel Salgado, Fernando Hierro, Iván Helguera and Roberto Carlos is not as strong as today’s.

Now, the club can depend on Dani Carvajal, Sergio Ramos, Raphaël Varane and Marcelo to shut out opponents.

A semi-final clean sheet this term against Atletico Madrid showed just how good they can be, and their work as a unit gives them the edge of their predecessors in the backline.

Here is where the difficulties really begin. The best midfielder of the Galáctico era and the man who held the side together was undoubtedly Claude Makélélé, a man so good they renamed his position after him.

The problem is, Pérez thought he was replaceable and allowed the Frenchman to move to Chelsea, a decision that would ultimately cause the end of their success.

“Why put another layer of gold paint on the Bentley when you are losing the entire engine?” Zidane said when the president replaced his compatriot with David Beckham, and in truth Real were never the same.

However, with Toni Kroos, Casemiro and Luka Modrić, the current team lack balance too at times and can be overrun when playing a side who can control possession.

Wow. Where to begin? Raúl, Ronaldo and Figo, with Zidane popping up all over the field, Fernando Morientes off the bench.

Ballon d’Or wins, great goals, breathtaking interchanges, they truly had it all as they swept to European glory and collected domestic titles, overwhelming opponents with their sheer quality.

But the current team has Ronaldo, who almost single-handedly manages all of the above.

He holds the record for most goals scored in a single UEFA Champions League season (17), was the fastest player to score 200 goals in LaLiga – doing so in just 178 matches – and is the only player in the history of football to score more than 50 goals in a season on six consecutive occasions.

He is flanked by Gareth Bale and either Álvaro Morata or Karim Benzema, all of whom are outstanding players but ones whose accomplishments are always going to be overshadowed by the man in the No.7 shirt.

His remarkable accomplishments narrowly give the current team the edge here.

So in summary, the Galácticos had a better goalkeeper, but even he became part of the current era side, while in other departments the current day Real Madrid appear a better balanced and more cohesive unit.

If they can secure a third Champions League win, they would have the edge in terms of trophies too, making them surely the greatest team in the modern history of the club.