This supposed one-season wonder has turned into a consistent and prolific goalscorer. However, there are some people out there who believe he’s a flat-track bully and a stat-padder. These accusations have been bubbling away for a while now but they may be about to reach boiling point due to the miraculous run of form he’s in. 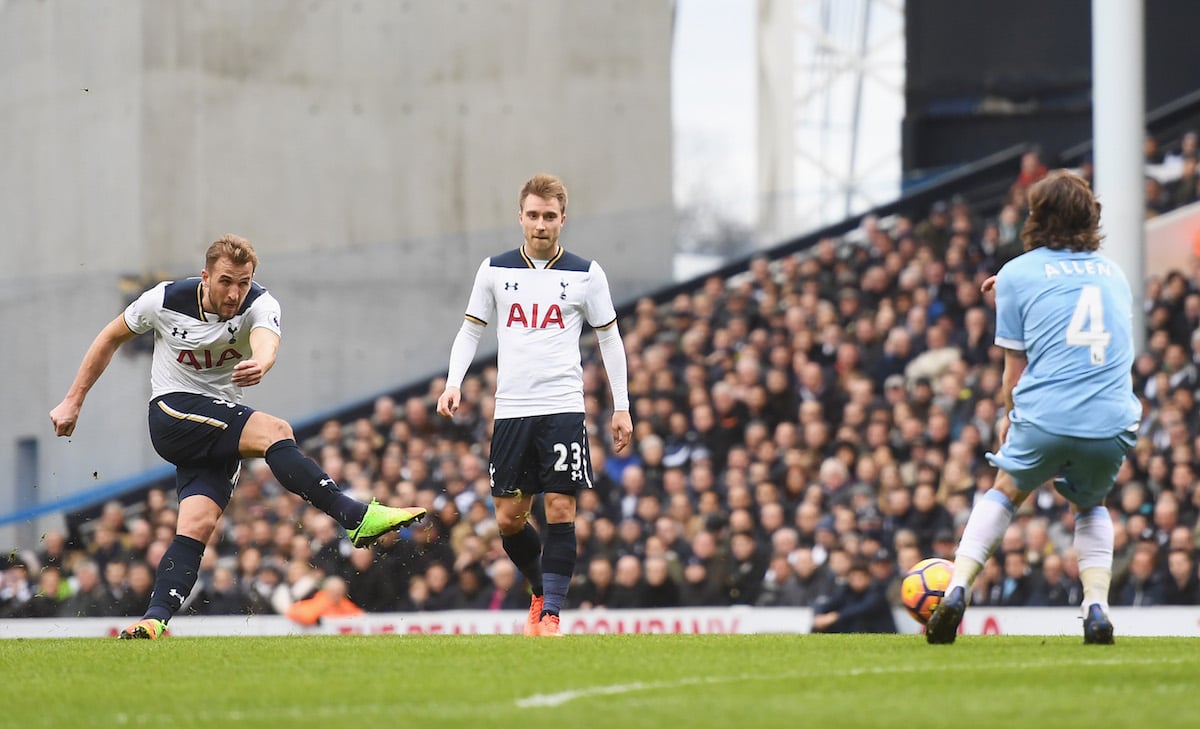 “I think I am in the best form of my career,” he said recently.

“I feel fresh, I feel sharp, I feel in good shape. Of course, that injury I had earlier in the season might have done me a bit of good, getting a bit more rest. I’ve had a good couple of months so it’s important I continue that until the end of the season.

“When people have said I’m a one-season wonder, that’s motivated me. I want to prove them wrong and I know, in myself, that I will always score.

“It’s nice to break that 20-goal mark again. Hopefully I can push on to 25, to 30; that’s always the aim. I’ve just got to keep doing what I’m doing, the team has to keep doing what we’re doing, keep winning games, and that’s the most important thing.”

Mauricio Pochettino’s side dismantled Stoke City in a 4-0 victory over the weekend and in the process Kane notched up his third hat-trick in 2017. It’s a remarkable run which has seen the 23-year-old involved in 15 goals in just 11 matches. He’s on track to surpass the 20 goal mark in the Premier League for the third consecutive season.

That sort of return is world class.

.@HKane made it ? career goals yesterday against Stoke! We've picked out ? of our favourites… #OneOfOurOwn pic.twitter.com/Eq1aSHJc7A

However, to be considered world class you have to deliver in the big games too. This is where the question marks surrounding the validity of claims the Spurs striker is one of the best in Europe come up.

Since the turn of the year the forward has put the ball in the back of the net on 12 occasions in five matches. Hat-tricks against Stoke, Fulham and West Bromwich Albion, a double against Watford and a goal against Middlesbrough. It’s not exactly the Premier League’s elite.

What fuels this even more is the fact he’s failed to score against Chelsea, Liverpool, Manchester United, Everton and Manchester City. He also failed to score in either leg of the Europa League defeat to Gent. The only top seven side he’s found the net against is Arsenal.

All are valid points but those who make them seem to forget about his record in previous seasons. Just because the player has failed to deliver in a number of big games this season doesn't negate what he's done since he burst onto the scene. More often than not, if Kane's given an opportunity it results in a goal, no matter who the opposition is. 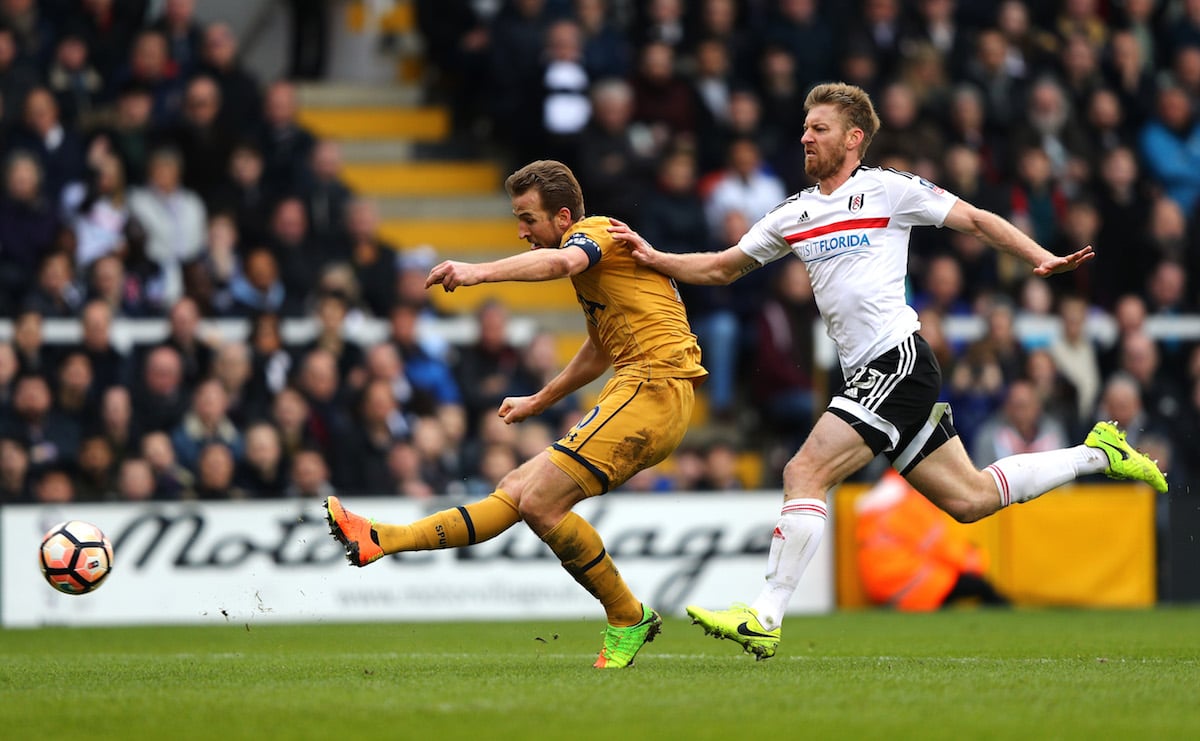 There's no doubt about it.

Since his debut during the 2014-15 season he has scored 66 league goals and 100 in all competitions. He’s averaging a goal every 127 minutes of play and only Sergio Aguero (110 minutes) and Thierry Henry (122 minutes) can better that when looking at strikers with over 30 goals in England.

You also have to note that Aguero and Henry both played for sides regularly challenging for the title in teams littered with stars. Kane isn’t, he’s part of a young team competing with the financial juggernauts of European football and it makes his record even more remarkable.

Spurs legend Clive Allen was a guest on Football Whispers TV episode eleven. He joined Paul Walsh to talk about the best strikers in the Premier League and was pretty vocal about the importance of striker delivering in big games.

Who Is The Best Striker In The Premier League… by FootballWhispers

“Harry Kane will always score in big games whether it’s Spurs vs Arsenal or Spurs vs Chelsea and that is a hallmark of a top striker for me.”

Allen has got a point. Kane has registered five goals against Arsenal, three against Chelsea, two against City and Liverpool and one against Everton. The only team he’s failed to score against is Manchester United. He’s also racked up an impressive 23 strikes in 29 London derbies. 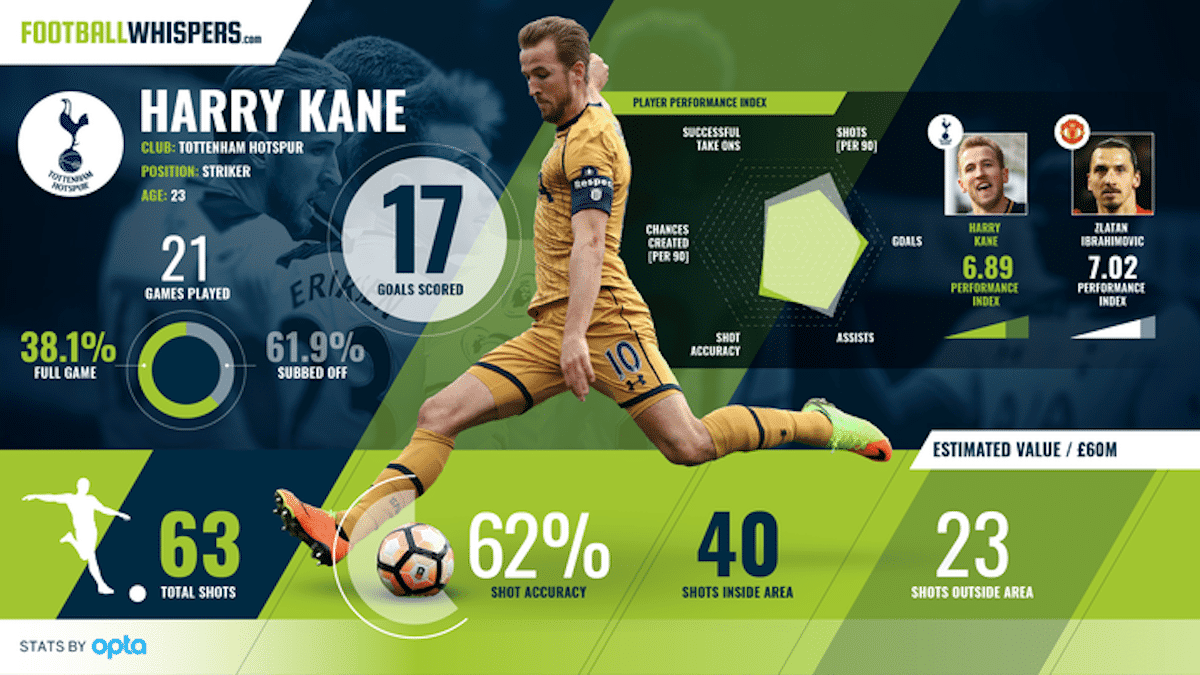 Furthermore, he continues to score a wide variety of strikes. He’s scored 12 headed goals with a further 12 coming from the penalty spot. He's primarily right footed but that's not stopped him finding the net on 15 occasions using his weaker foot. He can take free-kicks and his technique from distance is superb.

It's that sort of spread that separates the good from the great. Aguero 29 goals with his left foot and 12 headers to go along with his 85 right foot strikes. Romelu Lukaku has 33 goals via his stronger foot, 23 with his weaker and 15 headers.

The more unpredictable a striker is the harder it is to prevent them from scoring.

4️⃣ – Kane
3️⃣ – Keane, Defoe@HKane now has more #PL hat-tricks for @SpursOfficial than anyone else pic.twitter.com/qGkvVkNdub

He guarantees goals but he offers so much more than that; he's priceless to Spurs.

What makes Kane special in modern times is his versatility as a striker. He’s not tied to the Spurs system. He’s one of the few strikers in England who could do a job and score regularly for practically every single side in a variety of systems.

He’s an all-rounder like no other. At times he combines being a target man and a poacher with being a second striker yet still maintains his ridiculous goals-per-game record.

Every team in the world needs a flat-track bully, stat-padding one season wonder like Harry Kane.

WHO IS THE BEST STRIKER IN THE PREMIER LEAGUE?