It appears a near certainty that, having refused to extend his contract at Goodison Park, Romelu Lukaku will leave Everton this summer — provided a significant bid is received, that is.

A return to former club Chelsea was thought to be an inevitability, but the BBC and other reliable sources claim United have agreed a £75million deal or the Belgian, although that has seemingly been denied by Everton.

With Everton reportedly on the verge of re-signing Wayne Rooney from United, it's not a stretch to believe that the subject of Lukaku might have been raised while the two clubs sat at the negotiating table.

Although the BBC claim the two deals are not connected, the fact that the Old Trafford side are reportedly allowing the England star to re-join his former team for free might have earned them some good will with the Toffees, allowing for a reduction in their £100million asking pice for Lukaku.

This isn't the first time that Lukaku's name has been mentioned in connection with a move to Old Trafford, with the player's father admitting last year that United are the kind of club the Everton star should be aspiring to represent.

“He’s ready. I see that there is interest from Atlético Madrid, Bayern Munich, Juventus, Chelsea and Manchester United,” said Roger Lukaku, speaking of his son’s future.

It’s been almost a year since the Everton striker’s father made those comments to Belgian newspaper Het Nieuwsblad, but it looks like such a move might be about to materialise for the 23-year-old.

Having now reportedly dropped their interest in Real Madrid's Álvaro Morata, who was thought to be United's priority, but would Lukaku be a good signing for the Red Devils?

Although he is still a relatively young player with room for development in his game, Lukaku’s scoring record is exceptional.

A £17million move from Anderlecht to Chelsea in 2011 may have been too much too soon for the then-teenager, with the youngster unable to find the net in his 10 Premier League outings for the Blues. But when you consider that only one of those appearances was as a starter, with his total league game time for the Stamford Bridge side clocking in at just 199 minutes, his lack of goals is understandable.

A loan spell with West Bromwich Albion gave him a sustained run of first-team football in the 2012/13 season, and Lukaku has since racked up an incredible 88 goals in 174 games, with 104 goals from 204 all-competitions appearances.

Despite not playing for of one of the clubs expected to challenge for major domestic honours, Lukaku is a consistent feature near the top of the scoring charts. Indeed, his 25 Premier League goals last season could only be bettered by Tottenham Hotspur's Harry Kane (29).

Although José Mourinho was able to select from a cast of gifted attacking players, the 20-time champions were wasteful in front of goal last term.

The Red Devils ranked fourth in the Premier league for chances created (447), behind only Tottenham Hotspur (504),  Liverpool (496) and Manchester City (482), but were eighth when it came to goals scored (54) — behind even Bournemouth (55).

An even more damning statistic is that United’s conversion rate of 13 percent  ranked them 17th in the English top fight, ahead of only Sunderland (11.6 per cent), Middlesbrough (11.3 per cent) and Southampton (10.7 per cent). By way of comparison, league leaders Chelsea scored 20.9 per cent of their shots last season, and the divisional average conversion rate was 15.6 per cent.

Reports in the press suggest that Mourinho will look to remedy this issue in the summer by signing at least one top class striker, although some media outlets claim the Portuguese coach wants to bring in two expert finishers.

Morata and Torino’s Andrea Belotti have been mentioned as primary targets, but the latest revelations about Lukaku’s preference for Old Trafford over Stamford Bridge could see the Everton No.10 rocket to the top of the Red Devils’ wish list.

There of course remains the possibility that Lukaku's people are claiming the Belgian is considering a move to United in order to hurry up Chelsea's move, or indeed that United are using the story to let Madrid know that Morata isn't their only striking option. But regardless, the Everton striker, if there is any indication he'd opt for Old Trafford, is a player worth pursuing for the Red Devils.

Zlatan Ibrahimović was out on his own as United’s top scorer last season with an impressive 28 goals in all competitions, while Marcus Rashford was next in line with a less flattering tally of 11.

But even with the goals he bagged last term, Ibrahimović was not the most clinical inside the penalty area. With 17 missed clear-cut chances, the 35-year-old Swede was by far the most wasteful player in the Premier League; Benik Afobe’s 12 misses ranked the Bournemouth man a distant second.

Having hit the target with 55 per cent of his shots in the league in 2016/17, Ibrahimović has tested the goalkeeper less frequently than Lukaku (63 per cent).

Lukaku rattled off 110 shots with 25 of them beating the goalkeeper, giving him a conversion rate of 22.72 per cent, meaning he requires far fewer attempts to score than Ibrahimović. 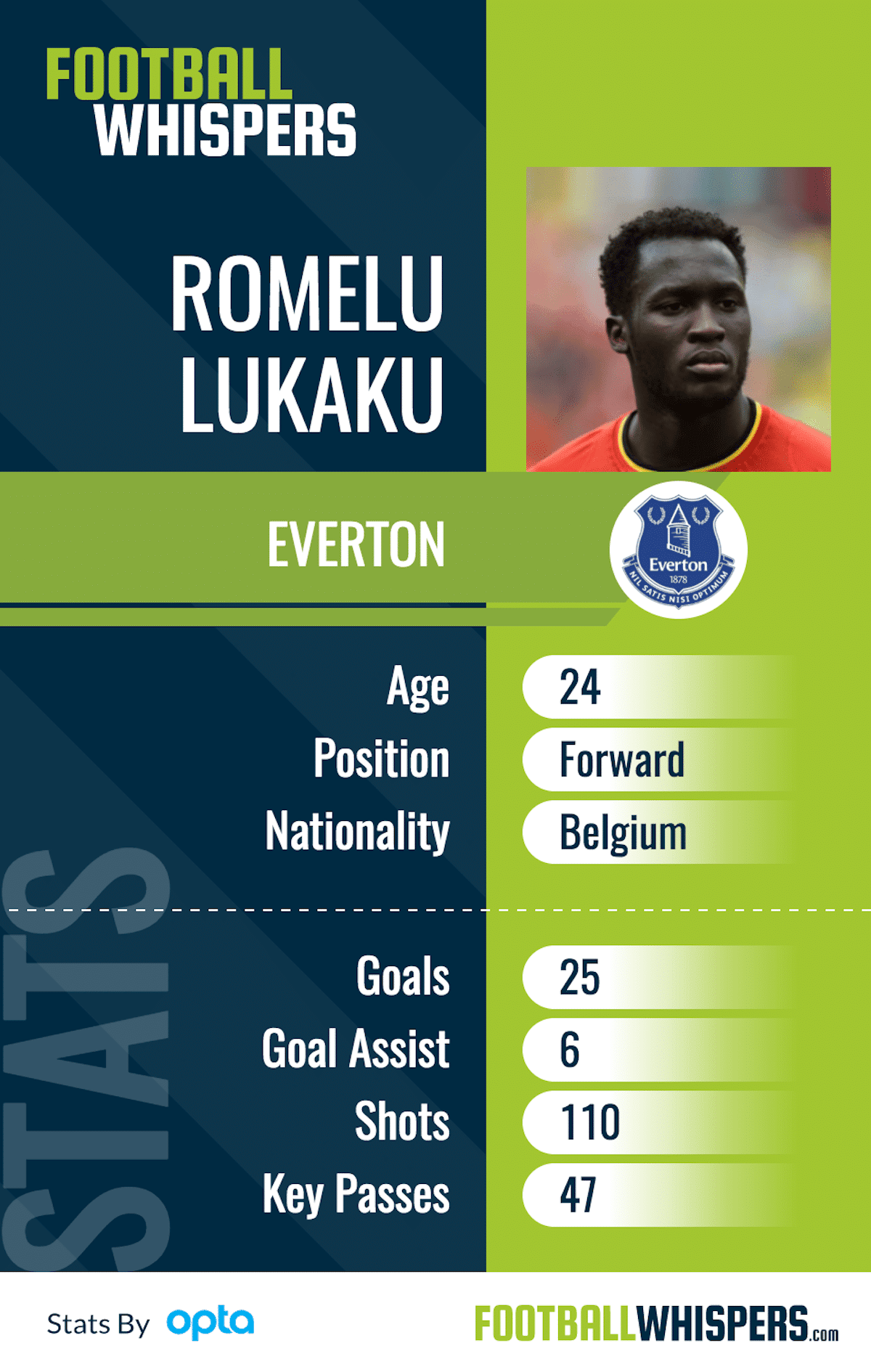 One key factor that could make a move to Old Trafford a very realistic prospect for Lukaku is that his agent, Mino Raiola, is the man responsible for taking fellow clients Ibrahimović, Paul Pogba and Henrikh Mkhitaryan to the red side of Manchester last summer.

United clearly have a strong working relationship with the Dutch-Italian super agent, which could assist in securing an agreeable salary package for the 23-year-old should he decide that he wants to be part of Mourinho’s rejuvenation project.

With two years to run on his current Everton contract, the Toffees are under no obligation to sell their star man. However, if Lukaku can’t be persuaded to renew with the Goodison Park club then this summer will be their last chance to get market value for the player. If indeed reports of a £75million being agreed fee are true, that would seem like a fair price for both clubs.

He may not be the most creative of strikers and his link-up play often leaves a lot to be desired, but United had trouble putting the ball in the net last season, and this is something Lukaku does expertly.