As the Old Firm derby rolls around again fans of Rangers and Celtic will once more get their fix of blood-and-thunder football, the odd late challenge and, of course, a large dose of sectarianism thrown in for good measure.

But what about those south-of-the border? Is the raw passion, fierce animosity and – let’s be honest – downright bigotry that often comes with this fixture something they would welcome to England’s top flight, or is it best that these two bitter rivals are left to fight it out amongst themselves in the relative anonymity of the Scottish Premier League?

In one of his first (and almost his last) press conferences as England Manager Sam Allardyce wasted no time in championing the idea of a British football team taking to the field again, like they did at the 2012 Olympics. As Sam knows too well, however, opposition to such a move is rife in Scotland, whose supporters see this as an attempt to threaten the future of their Football Association.

Ironically though, for those in favour of Scotland’s ‘big two' playing in England, if their dream is to come true then something of a compromise between the two nations might have to take place. A proposed change in structure to the English league system to a five-tier pyramid by the 2019/20 season might just mean the door is open for such changes to happen.

Football League officials have been working on a plan to ease fixture congestion across the Championship and Leagues One and Two, and are discussing the possibility of increasing the number of divisions from four to five in England within the next three years. That would see extra clubs invited to join the EFL from the National League but, in turn, could also see Celtic and Rangers officials finally get their wish to join the English set-up.

The proposed restructure would increase the number of professional clubs from 92 to 100 spread across five 20-team divisions, including a new ‘League Three', but could it also mean an open invite for Scotland too? 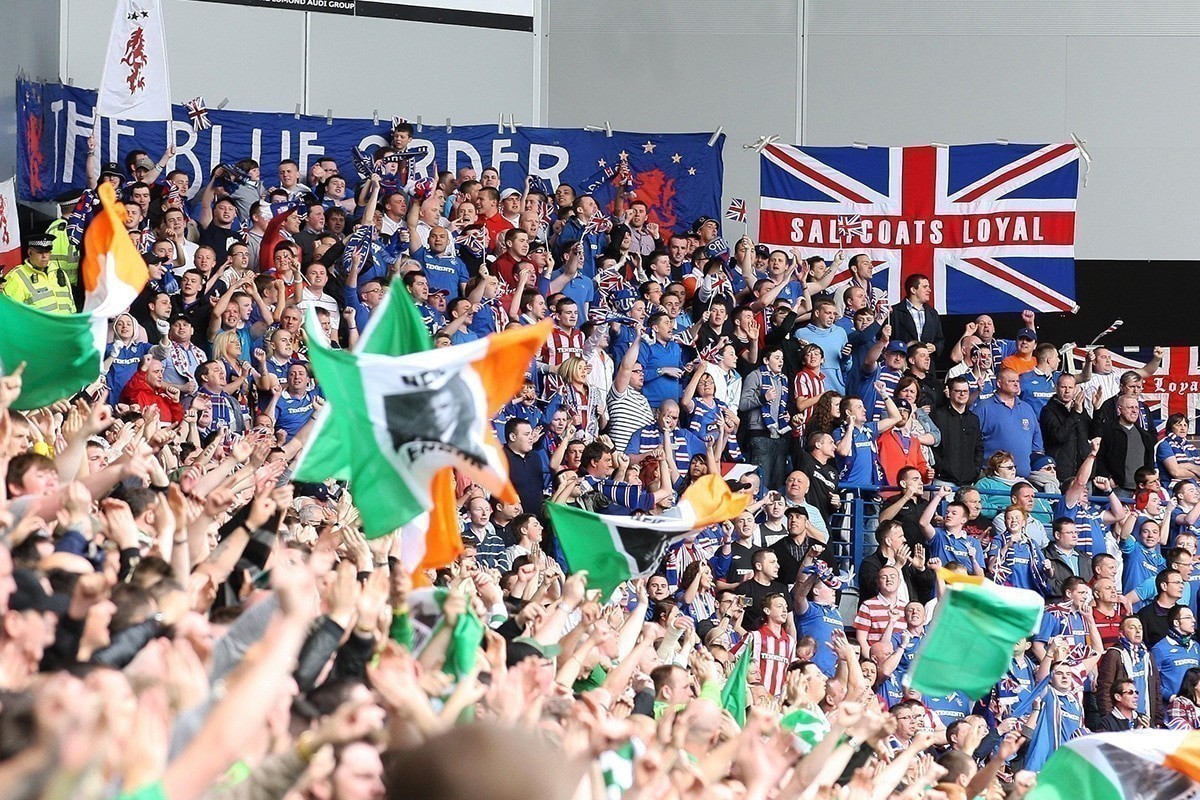 However, changes to the format of the Champions League, which will further cement the places of Europe’s ‘big league' representatives at the top table – the proposal is for the top four teams in England, Germany, Italy and Spain to go straight into the group stages from the 2018/19 season – has left countries such as Scotland wondering what to do next in the face of the threat of being left out in the cold when it comes to Europe’s glittering prize.

It is understood there have been talks among smaller European countries about the formation of regional grouping, with a Balkan League – comprising the former Yugoslavian countries, possibly with Albania and Greece – the most advanced.

The Telegraph has reported that talks about a North Atlantic League have also been held, with a proposed start in 2021 to coincide with the end of the current Champions League broadcasting cycle.

Such a set-up, which would include the likes of Malmo, could even include Scottish teams like Celtic and Rangers but the prospect of joining the English Football League appears to be a more favourable option – especially for the Old Firm.

Of course, Rangers have been busy trying to restore themselves as a force in the Scottish Premiership after a four-season absense following financial meltdown in 2012.

Celtic, though, have considered a number of alternatives in much more detail, and they believe that the inclusion of Scotland’s top clubs would be beneficial to the Football League than the addition of National League clubs – or even franchises, in the MK Dons mould, which has also been suggested.

The Telegraph also claim that Celtic favour a pyramid system open to other SPFL clubs, which would also allow their continued participation in the Scottish Cup and the possibility of maintaining youth or academy sides in the Scottish leagues.

Obviously, if Celtic, Rangers or any other side were to enter this new format at the lowest level it would mean a minimum of five years without European football, assuming that they would be able to sustain continuous momentum towards the ultimate goal of a place in the Premier League.

While good in theory; the move would favour Scotland’s top sides as they stare into the financial abyss and the prospect of becoming a European football wasteland, but is there a real appetite for such a merger among fans and ex-pros? 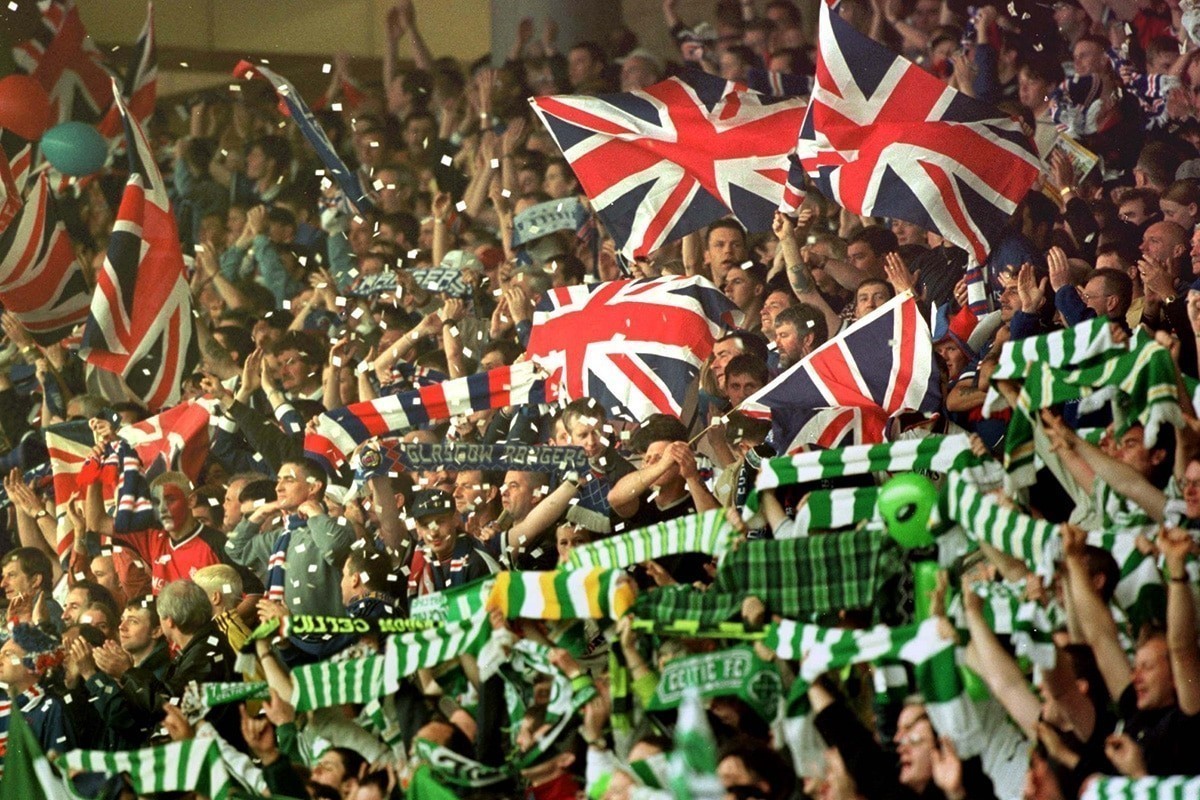 Former Rangers player-manager Graeme Souness, who presided over one of the greatest periods in the club’s recent history, believes so. During the last major shake-up in English football, when the Premier League was formed in 1992, Rangers were a force to be reckoned with and Souness believes it was a chance missed for all concerned.

“At the time I was there, if we'd been in the English Premiership, we could have been champions of Britain,” he told the Telegraph. “We'd have kept growing. Even now, we'd have been in the top four. If Rangers and Celtic were in the Premier League today, the stadiums would not be big enough.

“Can you imagine Man United, Arsenal and Liverpool coming up to Ibrox and Celtic Park? I pray it will happen one day. We talk about the global game now. They are two ridiculously good football clubs stuck in Scotland.”

The era that Souness was referring to just so happened to be when Rangers faced English League champions Leeds United home and away in the Champions League and beat them over two-legs, so there is a possibility that he is looking at things through slightly rose (or blue) tinted spectacles.

Since that particular ‘Battle of Britain' fixture, the formation of the Premier League has seen English clubs reap vast financial rewards – allowing them to employ the services of some of the best players in the world.

There was similar talk back in 2009 when then Bolton Wanderers chairman, Phil Gartside, proposed that Celtic and Rangers be invited to join an expanded, two-tier, Premier league. Gartside's plan was for two 18-club divisions to lessen the financial impact for those relegated from the top flight.

The motion was accepted for further discussion but Richard Scudamore, the Premier League's chief executive at the time, described the proposal afterwards as ‘a non-starter' and said that clubs had ‘constitutionally voted' not to take it further. 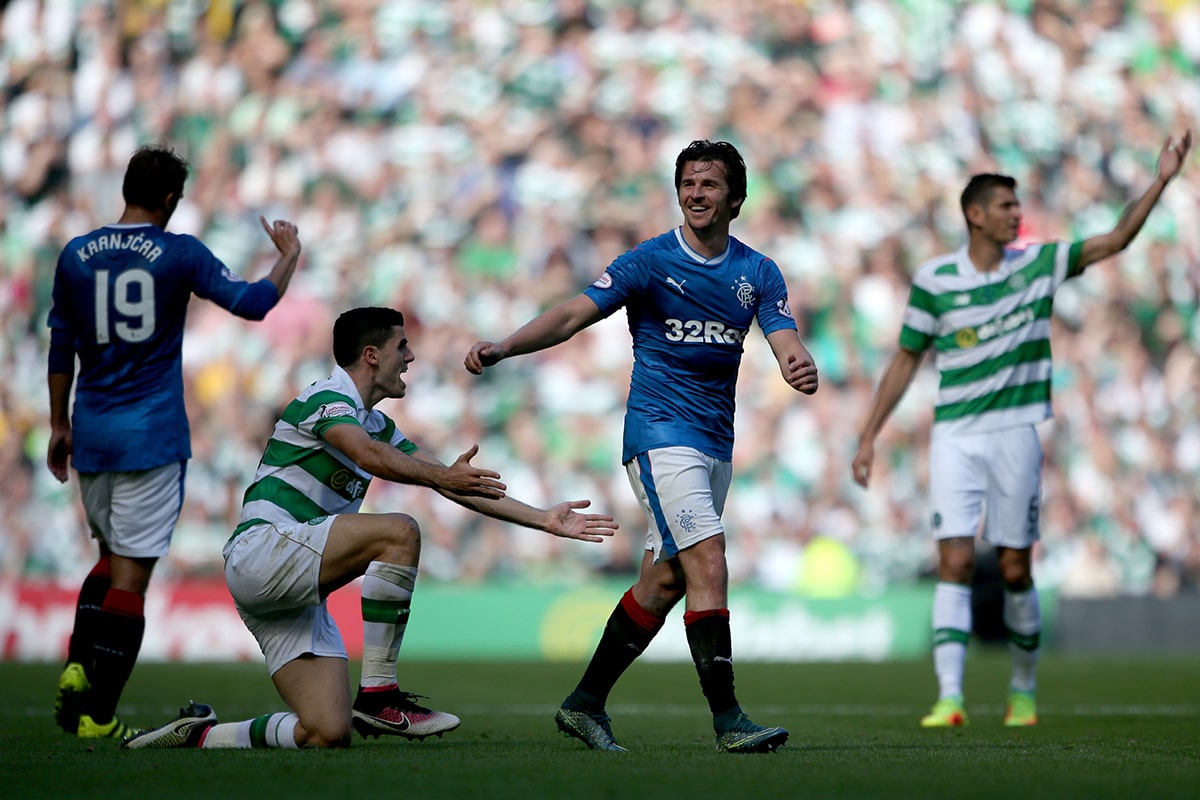 The vote in 2009 hasn’t dampened enthusiasm for the idea in some quarters though, especially Celtic’s majority shareholder, Dermot Desmond, who believes it ‘inevitable' that the Glasgow rivals will be playing in the English Premier League within the next decade.

“We would like to compete in the Holy Grail in England,” he told Sky Sports. “It will bring money into Scotland and rekindle football in Scotland playing Manchester United, Arsenal and others. Rangers and Celtic are among the top 10 teams in Britain and some of the biggest teams in the world and they should be competing at the highest level.”

Compared to the riches of the English top flight, teams north of the border simply cannot compete. Scottish teams share an estimated £16 million per season across the board while English teams have enjoyed television revenue to the tune of £10 million per single Premier League fixture – and that’s before the huge new TV deal came into effect.

Moving to England would allow the Old Firm, in particular, to cash in on their respective statures and reputation. Celtic have a worth of around £79 million – making them world football’s 34th most valuable club brand, while Rangers are also one of the most recognisable brands in the European game.

Graeme Souness might feel that Scottish football fluffed their lines the last time English football was so radically overhauled in 1992, but with the first major changes to the game south of the border since the foundation of the Premier League afoot, the Old Firm will be keen not to miss the boat again this time around.