And, with a starting berth no longer guaranteed, the Serbian midfielder, who is a Manchester United target, could leave Stamford Bridge in the very near future.

And it has been reported that Old Trafford could be his destination. United boss José Mourinho spoke out about the potential move, saying: “We are waiting for news. He wants it very much. I think we have a chance.”

Despite rumours linking Matić with a whole host of clubs, including Italian champions Juventus, French champions Monaco and Premier League rivals Arsenal, Manchester United are looking increasingly likely to win the race for his signature.

The Football Whispers index, which rates transfer rumours out of five according to their probability, indicates this – recently this particular rumour has shot up from 3.5 to 4.8.

Throughout much of last season, Mourinho persisted with a central midfield two of Ander Herrera and Paul Pogba.

However, when he brought in Michael Carrick to shore things up, the team appeared more balanced and effective. 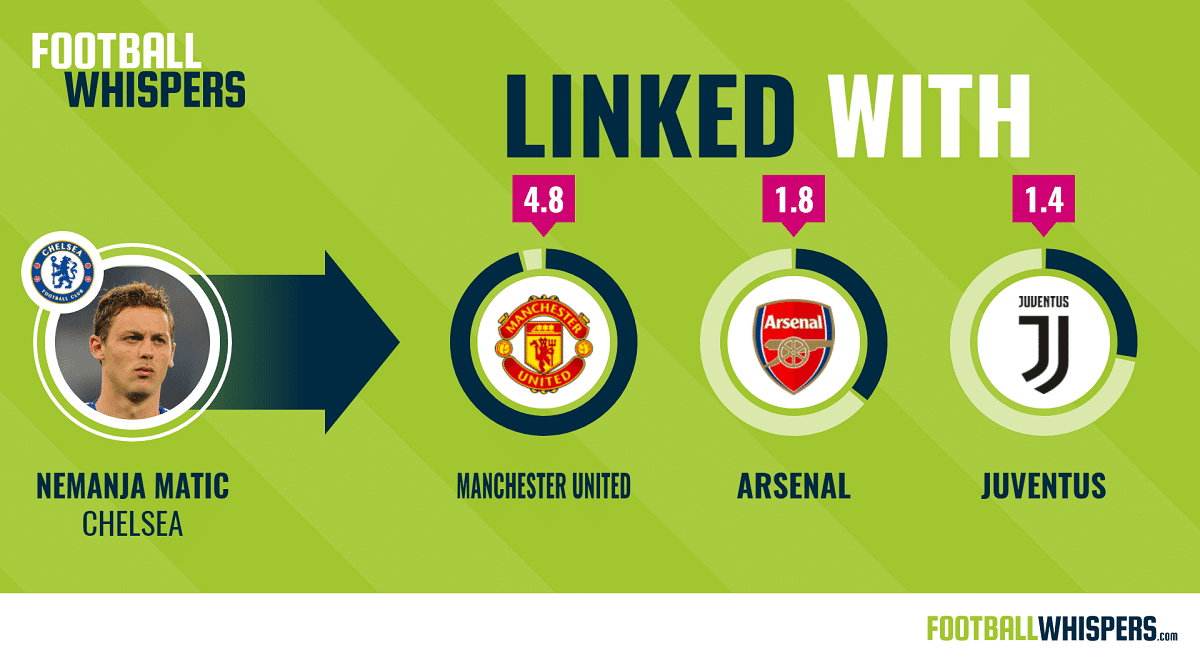 But the Englishman is now 36 years old and nearing the end of his career. A replacement is needed. Matić could be signed with this in mind, though stylistically the two players are different.

The Chelsea man made comparatively more tackles per game than Carrick last term, though he also made less than Herrera and Pogba. In possession, he averaged fewer passes than every single one of United’s current trident. 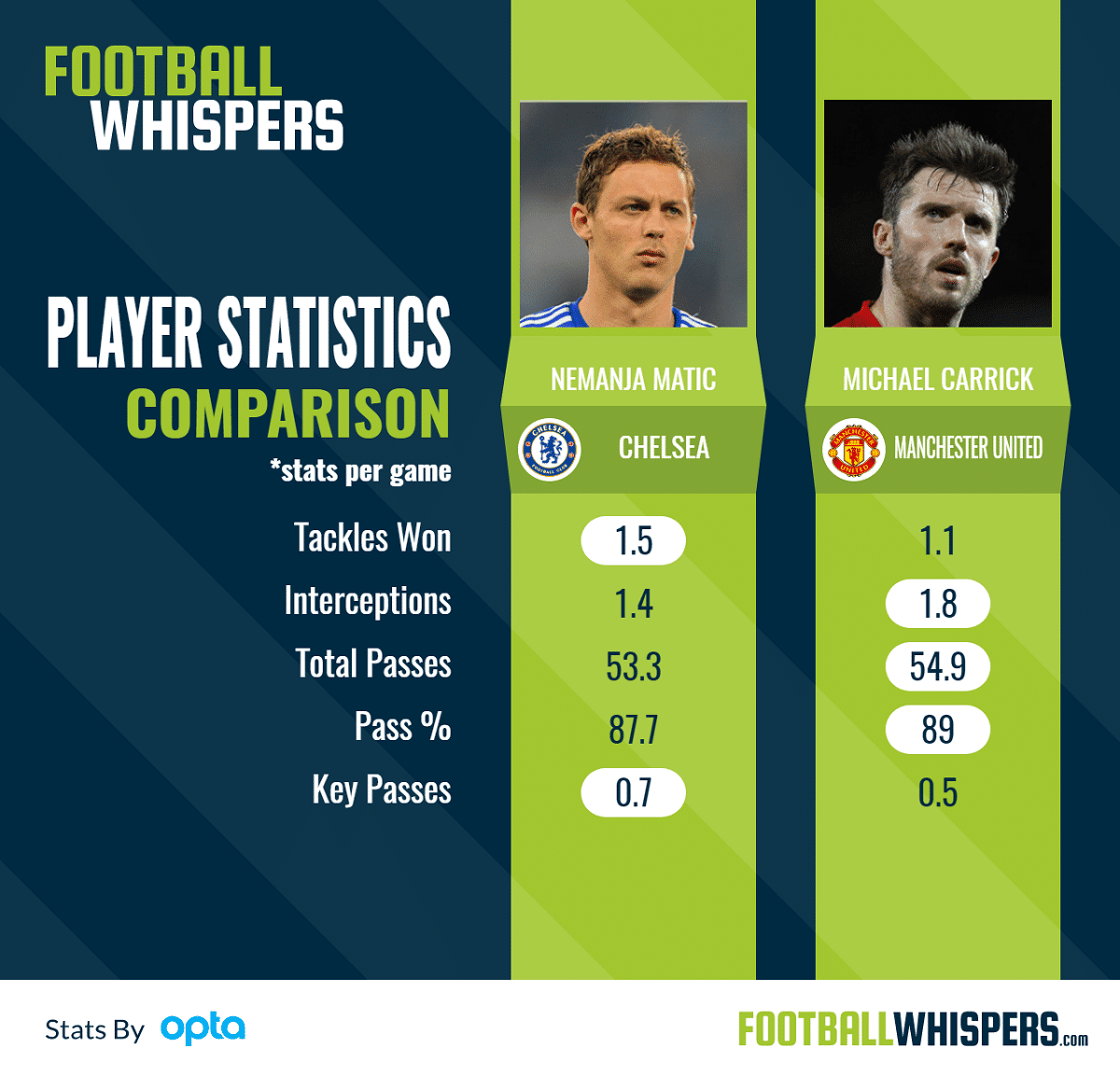 Matić’s key pass average was 0.2 higher than Carrick’s, but his pass success percentage was 1.3 per cent lower.

If Manchester United were to pay serious money – reports suggest around £40million – to sign Matić, it is reasonable to assume that he would play an important role.

The likelihood is that he would be tasked with sitting alongside Herrera in a rough 4-2-3-1, allowing Pogba to play slightly further ahead.

If this is the case, here is what Mourinho’s first-choice line-up may look like come the start of the 2017/18 season: 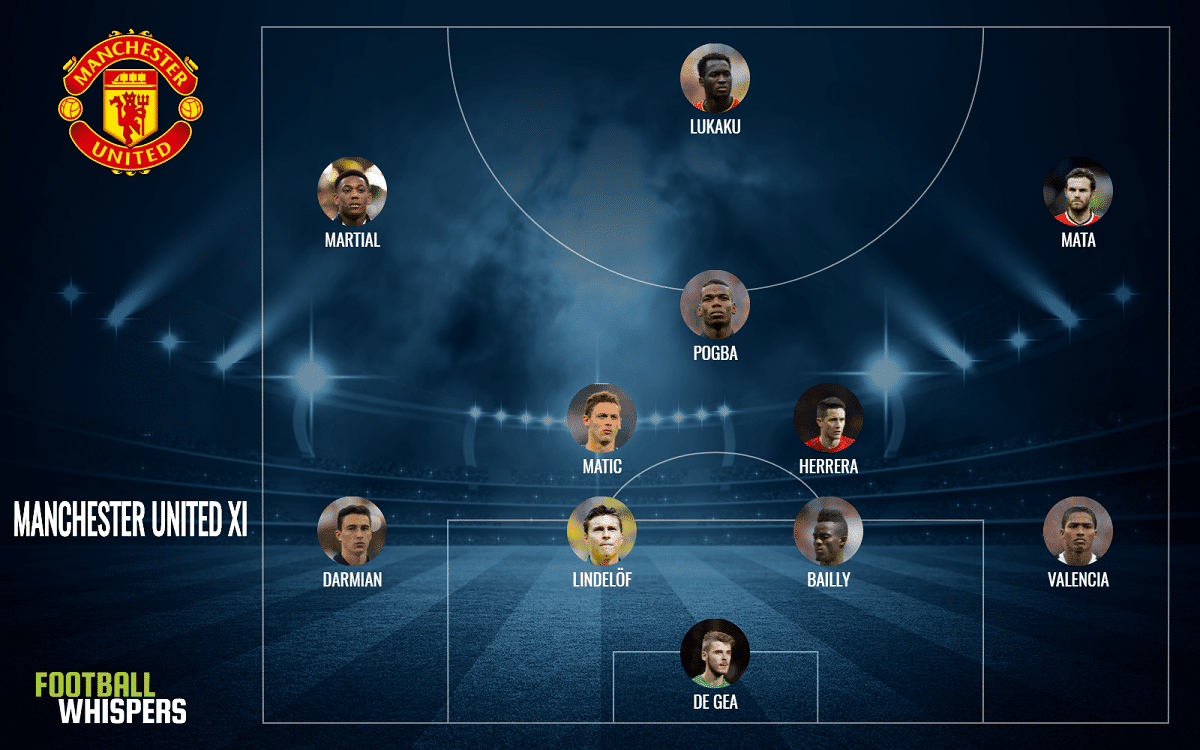