While it looks like Chelsea will win the title with Marcos Alonso playing a crucial role in their team, talk will not go away about the Blues replacing their left wing-back.

Faouzi Ghoulam and Sead Kolasinac are reported Chelsea transfer targets for the summer.

That would surely suggest that Antonio Conte is looking at strengthening the left wing-back role, which Alonso has currently made his own.

And with Kolasinac and Ghoulam first team regulars at Napoli and Schalke respectively, it is unlikely they would come in as back-ups. 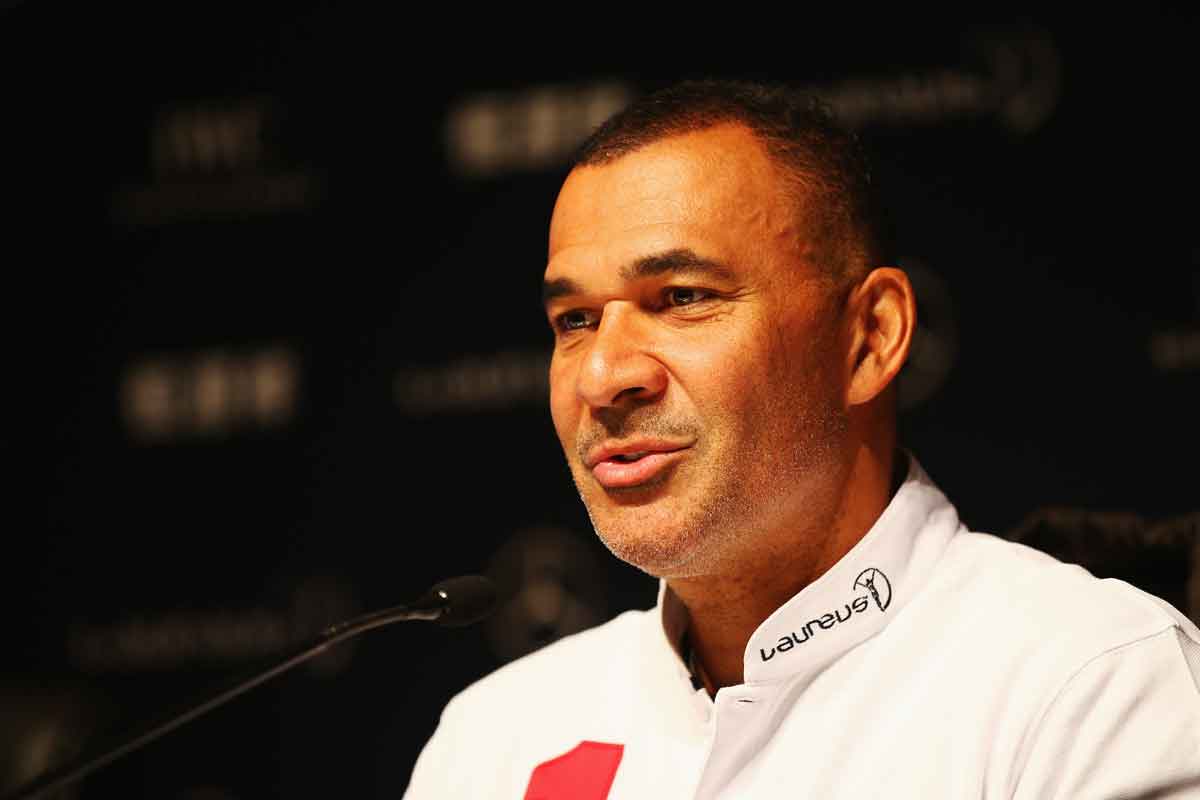 Former Chelsea boss Ruud Gullit suggested that Alonso was one of the weak spots in the Blues’ squad while speaking as a pundit on Match of the Day 2 on Sunday.

“Eden Hazard always wanders inside from the left – far more than Pedro does when he starts on the right – which is what happened at Turf Moor,” he said.

“That leaves Chelsea's left wing-back Marcos Alonso to advance up the pitch and give them an option wide on that flank.”

“But, with Hazard often on the opposite side of the pitch, Alonso is sometimes left isolated when the Blues lose possession.

“Alonso is also not as strong as their right wing-back Victor Moses when it comes to getting back to help his centre-halves. I look at him and think he is more of a left winger.

“It is a weak spot because it leaves space to exploit if teams can get the ball into that channel behind Alonso, but you usually have to do it quickly.

“Burnley managed it early on by playing long balls up to Andre Gray that forced Gary Cahill and David Luiz to come out wide, out of their comfort zone.” 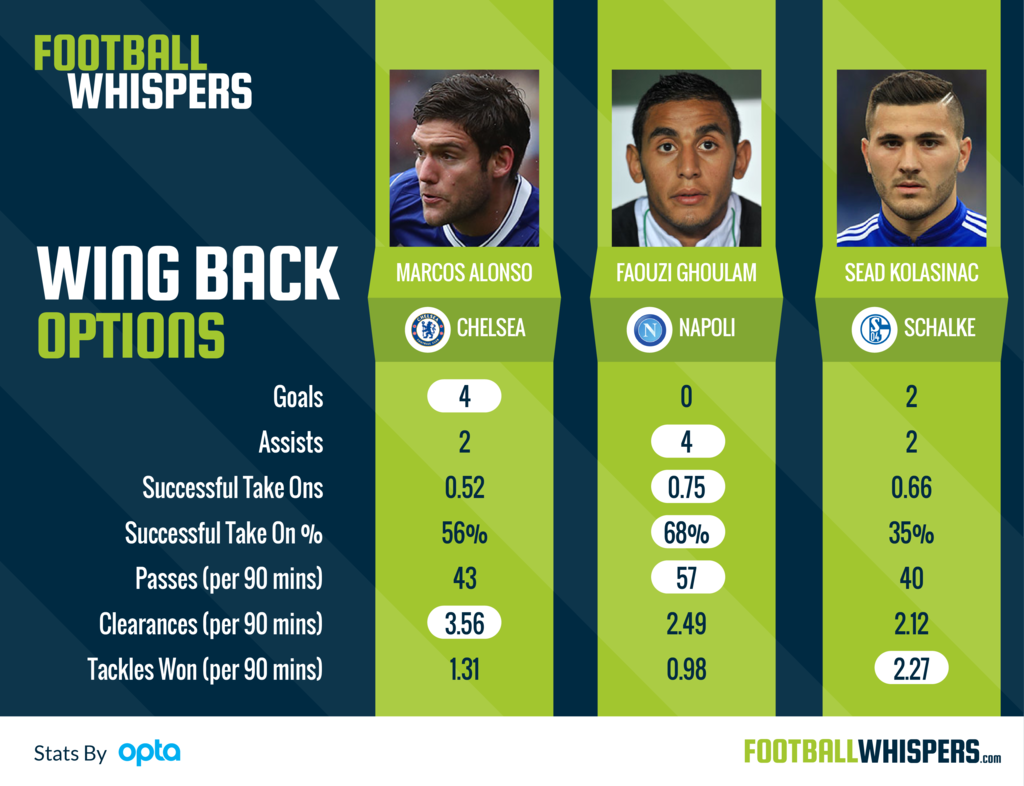 How does Alonso compare to Ghoulam and Kolasinac?

In Conte’s system, his wing-backs are expected to play important roles in both defence and attack, so it’s only fair to look at the trio league statistics both defensively and offensively.

In terms of goals, it’s Alonso who comes out on top.

He has four this season, compared to Kolasinac’s two and Ghoulam’s none.

The Spaniard has made fewer assists than his potential replacements though, with Ghoulam registering four assists, Kolasinac three and Alonso just two.

And per 90 minutes, it is the Chelsea man again who creates the fewest chances. 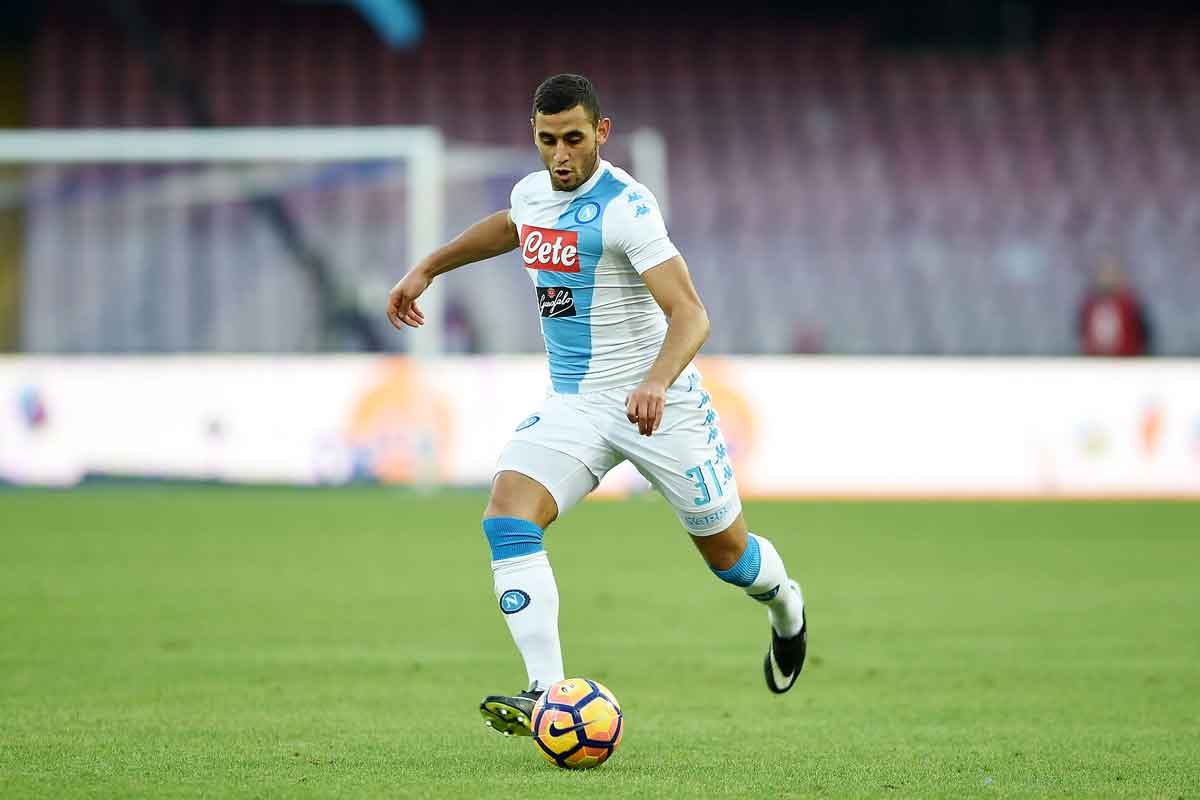 And Alonso also makes the smallest amount of successful take-ons per 90 minutes out of the trio.

But the Spaniard does have a better percentage of successful take-ons overall than Kolasinac – 55 per cent to 34 per cent – but again, he is below Ghoulam's 68 per cent.

And with the wing-backs playing such a vital role in Chelsea’s style of play under Conte, you would hope they would be involved in the play.

Ghoulam has made the most passes in the league per 90 minutes this season – 57, while Alonso (43) and Kolasinac (40) are at a similar level.

And the Napoli man comes out on top in terms of pass completion rate, with 87 per cent compared to Alonso’s 76 per cent and Kolasinac’s 69 per cent. 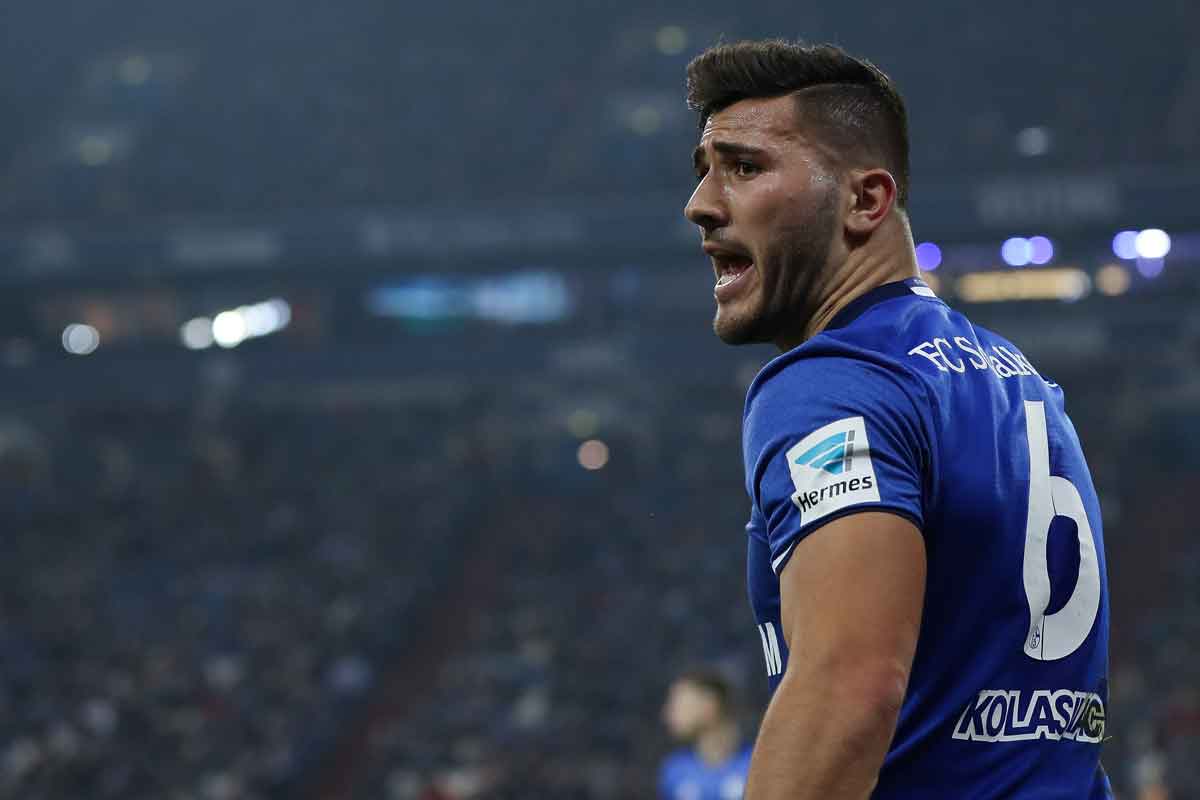 While Ghoulam comes out on top offensively, his stats show him to be the weakest of the three defensively.

But it is hard to judge defensive statistics, as having to make a tackle may be due to an error moments earlier.

Looking at their league statistics, Ghoulam definitely outperforms Alonso in most categories offensively.

Though perhaps not always as reliable or productive defensively as Alonso, Ghoulam is a far greater offensive threat with a general superiority when it comes to passing.

He would offer Chelsea a lot going forward, but notably Alonso has more goals than him.

Defensively, Kolasinac tends to outperform both Alonso and the Algerian. 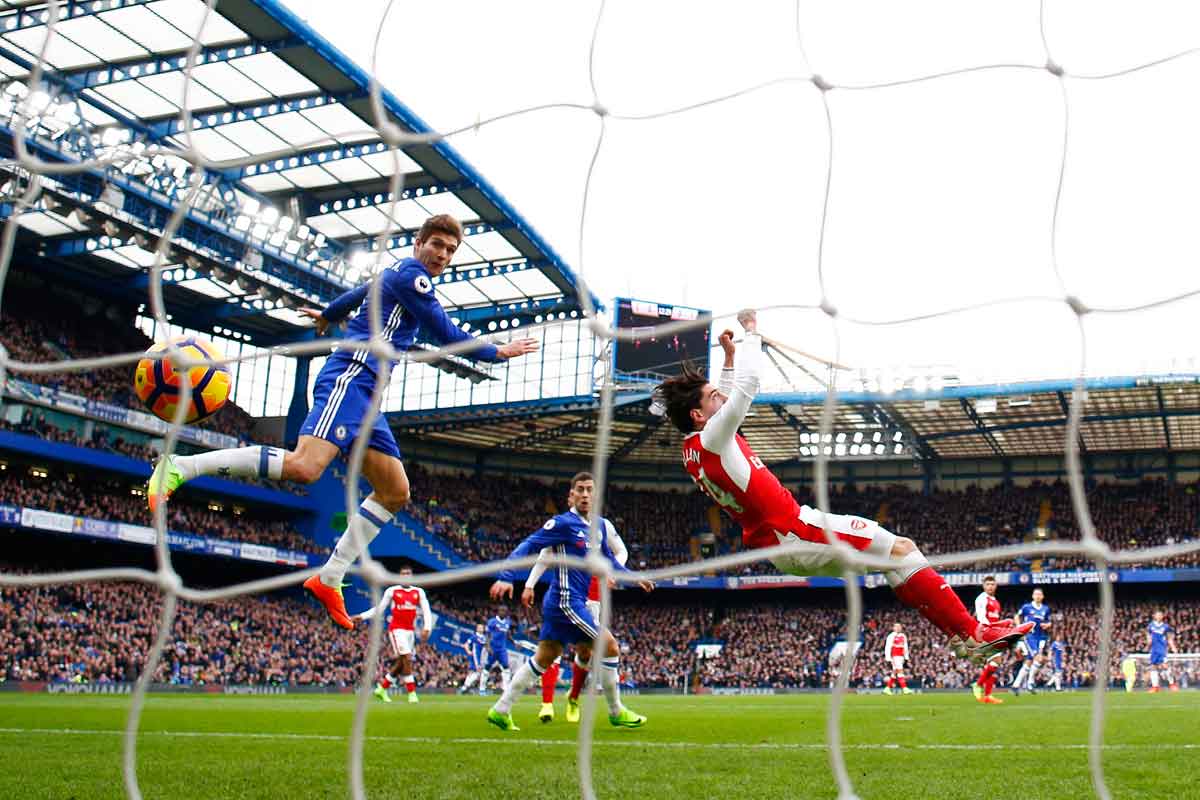 Alonso’s height is also crucial for Chelsea – just look at his header against Arsenal in their 3-0 win.

And that is an advantage for Ghoulam – he is the same height – 1.88m tall, whereas Kolasinac is only 1.83m tall.

If Conte wants to another option at left wing-back, you would perhaps expect him to edge towards Ghoulam – he knows him from Serie A, and outperforms Alonso going forward.

With just 18 months left to run on his contract at the Stadio San Paolo, the 26-year-old, could potentially be snapped up for a bargain price.

And the Blues could easily double his £40,000 per week wage demands without him even cracking their list of highest earners.

Kolasinac would also be a relatively cheap option – he is out of contract in the summer, but while Chelsea appear to be the main club in for Ghoulam, Juventus are also chasing the Schalke man – and that could once again push them towards the Algerian – it is unlikely the Blues will want to be involved in a bidding war over wages.

But for the time being, while Alonso may not be perfect, he has been more than a capable solution to the left wing-back role and it would be no real surprise to see him stay Chelsea's first choice and carry on improving under Conte.

Make sure you catch Episode 11 of Football Whispers TV.