Joshua King is undeniably one of the Premier League’s standout performers of 2017.

With 12 goals since January, the Bournemouth forward is on fire.

And it’s no surprise to see him linked with clubs further up the table, with the Daily Mail reporting that he is a Tottenham Hotspur transfer target as the club look for a good back-up option to Harry Kane.

Mauricio Pochettino would probably have expected more than two Premier League goals from Vincent Janssen, while King has 15 so far this season.

And the Norwegian international certainly hasn’t ruled out a move to White Hart Lane.

“This is the first time I’ve heard of this,” King told Nettavisen when asked about Spurs’ rumoured interest in him.

“I’m happy to be recognised but I’m only focusing on the next three games.”

READ MORE: Best For Dele Alli To Stay At Tottenham

Undoubtedly, King has proven his prowess in front of goal this season, with only seven players, Tottenham’s Kane and Dele Alli among them, having managed to better that in the Premier League.

But this is by far the best goalscoring season of the 25-year-old’s career in terms of league goals.

He managed six last term, but in four Championship seasons with Blackburn Rovers and Hull City, he hadn’t previously hit the back of the net more than twice.

But that doesn’t man he’s not a goalscorer, some players develop later than others.

Just look at Kane. While his goalscoring record before becoming a regular at Tottenham was better than King’s, it didn’t hint at him becoming one of the best strikers in the world.

At Leicester City he scored just twice in 15 games and failed to score in five appearances for Norwich City.

At Millwall he managed nine in 29 and he got five in 18 at Leyton Orient, working out at 16 goals in 67 appearances, which is solid but nothing like what he’s doing now.

But if you look at five of King’s most recent goals, you can tell he does have a true goalscoring instinct.

Against Sunderland, you can see how he’s only focused on getting free and into an area to score. 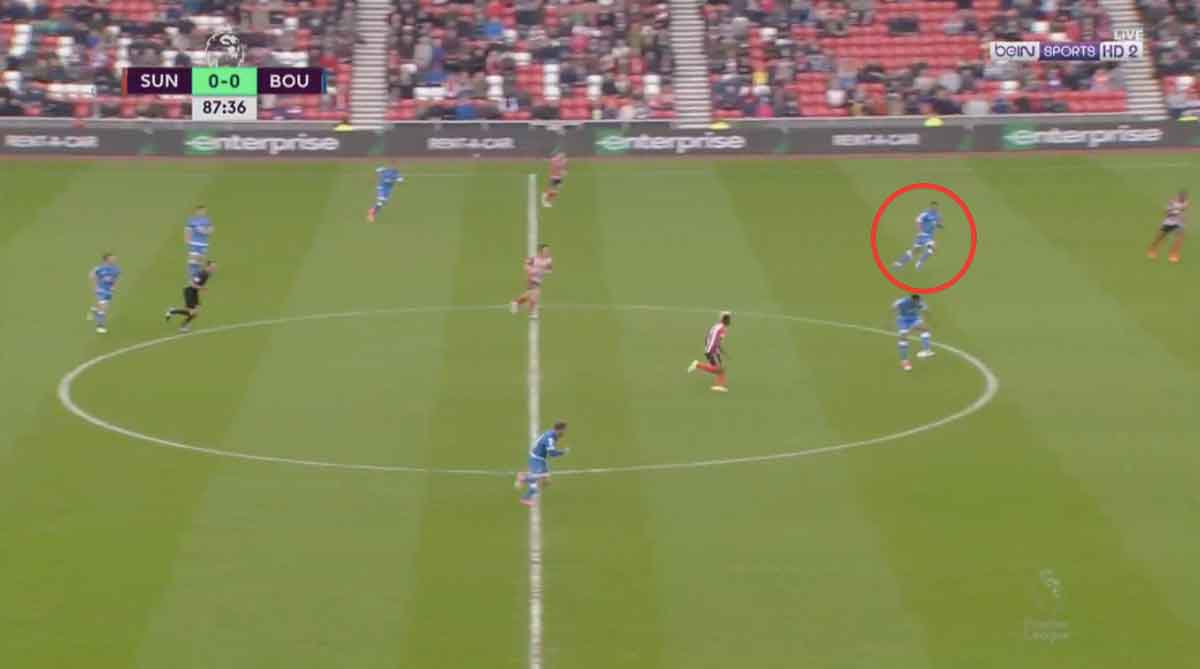 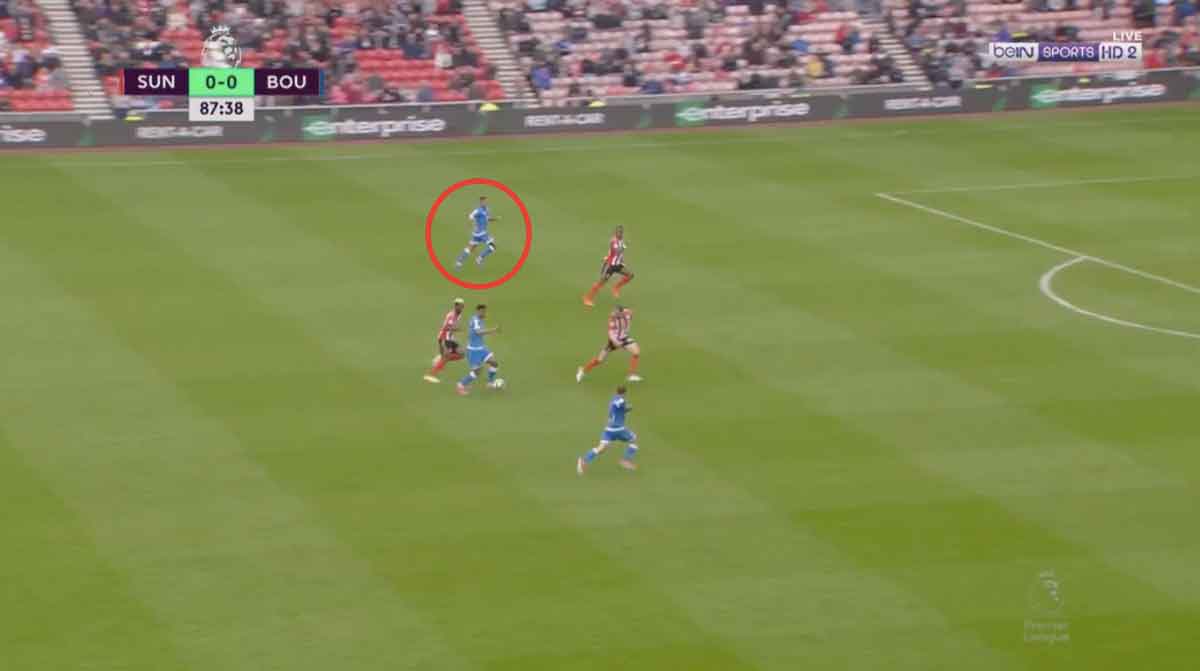 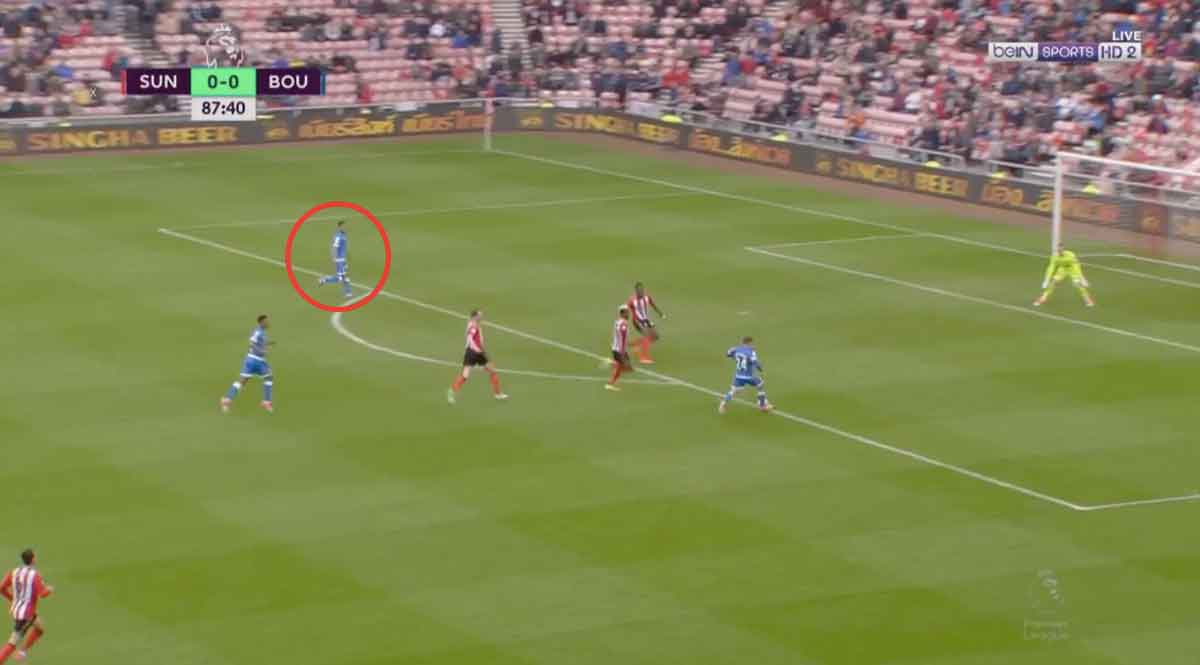 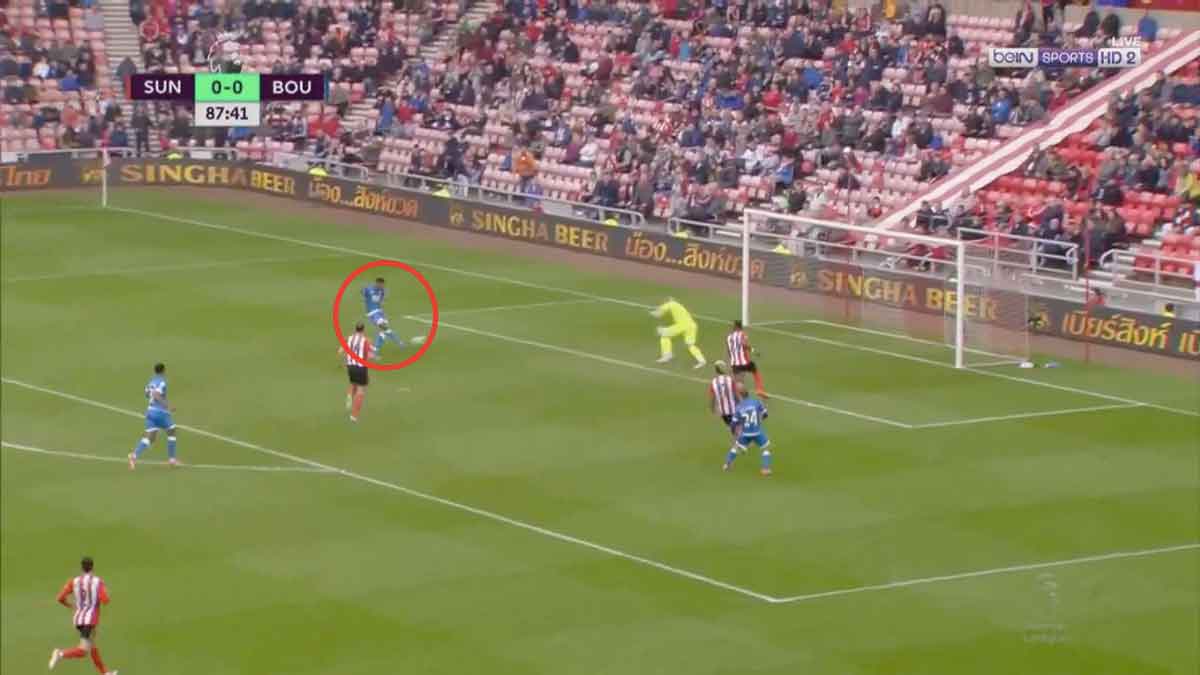 When the ball is picked up on the first picture, he heads forward straight away, and by the time of the second picture, he is already free of any defenders and in a position to get a shot off.

While the ball doesn’t come to him straight away, he still stays focused and actually gets himself in a better position once Ryan Fraser has squared it to him.

There’s no doubt he’ll finish past Jordan Pickford, and he does that calmly. 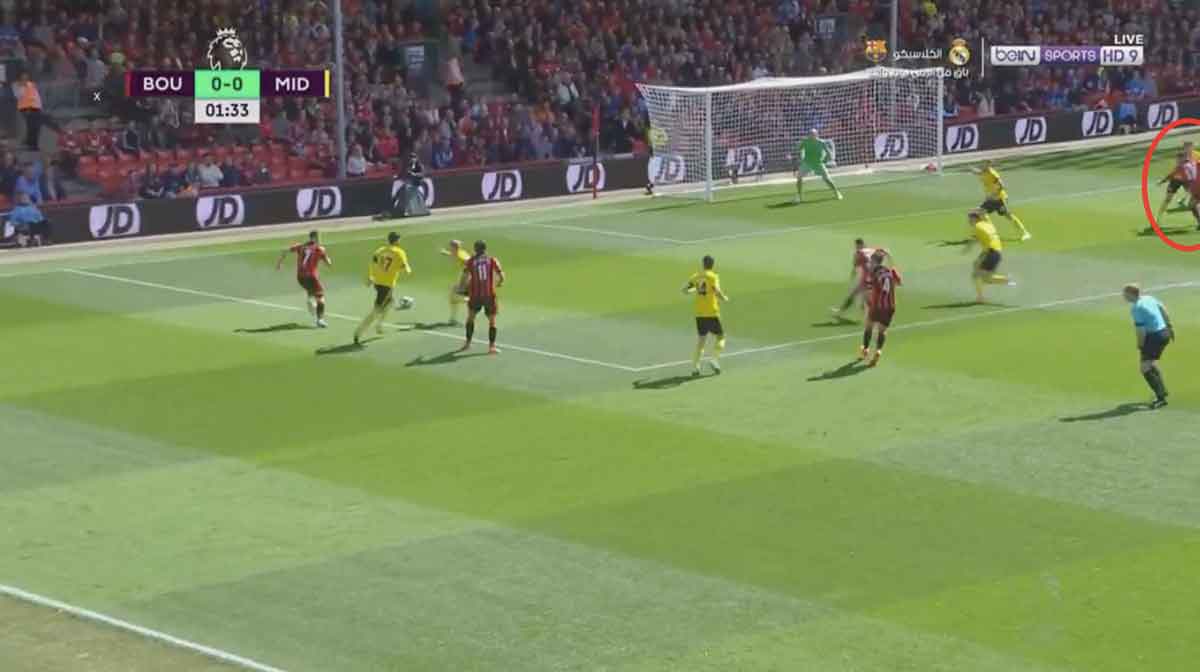 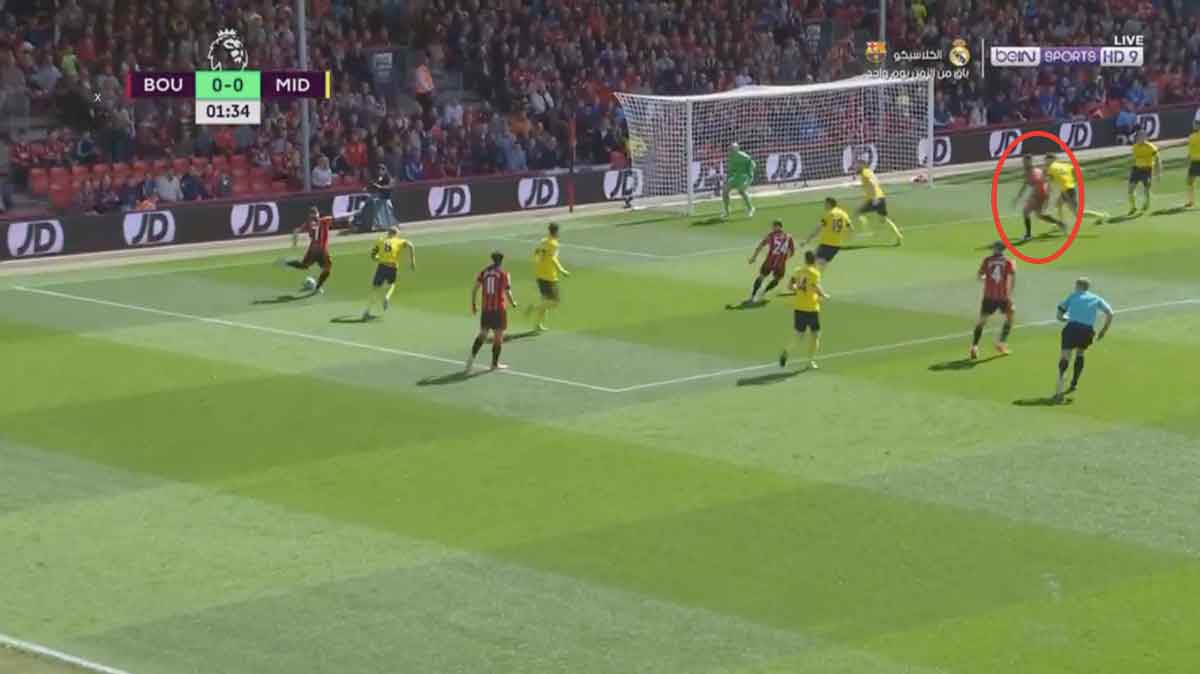 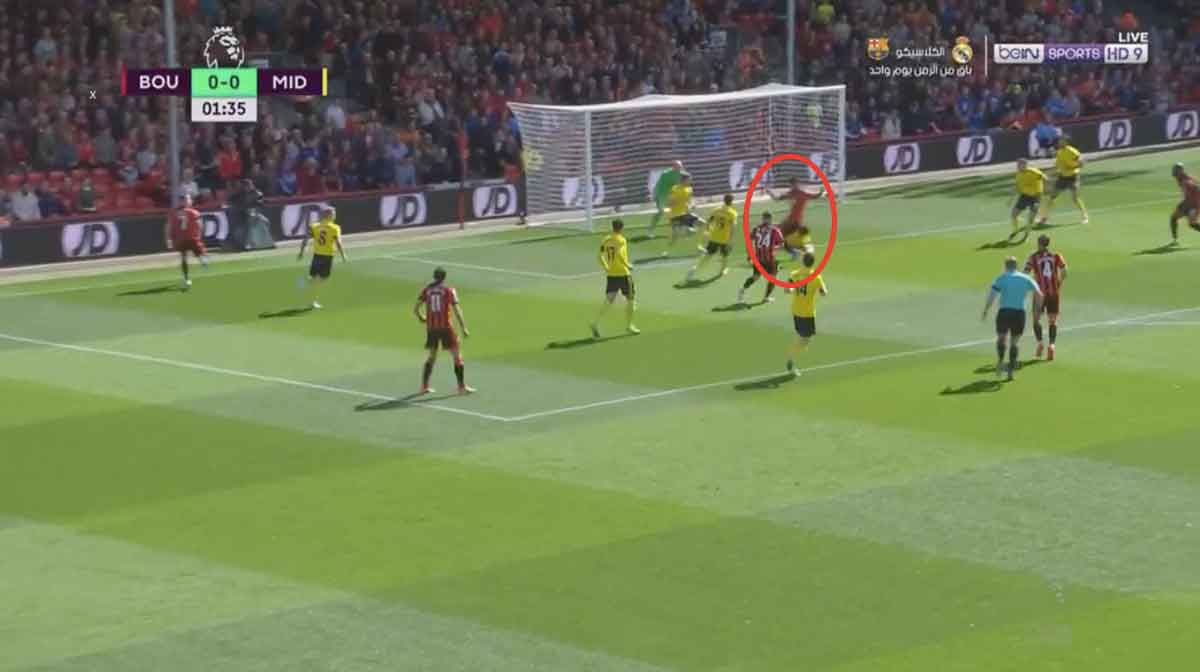 And that desire to put the ball in the back of the next is also clear above against Middlesbrough.

As all good goal scorers do, he’s on the move as soon as Marc Pugh looks anywhere near like putting a ball in.

He shows Pugh he’s the man he needs to get it to, and he is a step ahead of the defender, and shows good strength to stay upright enough to fire low past Brad Guzan. 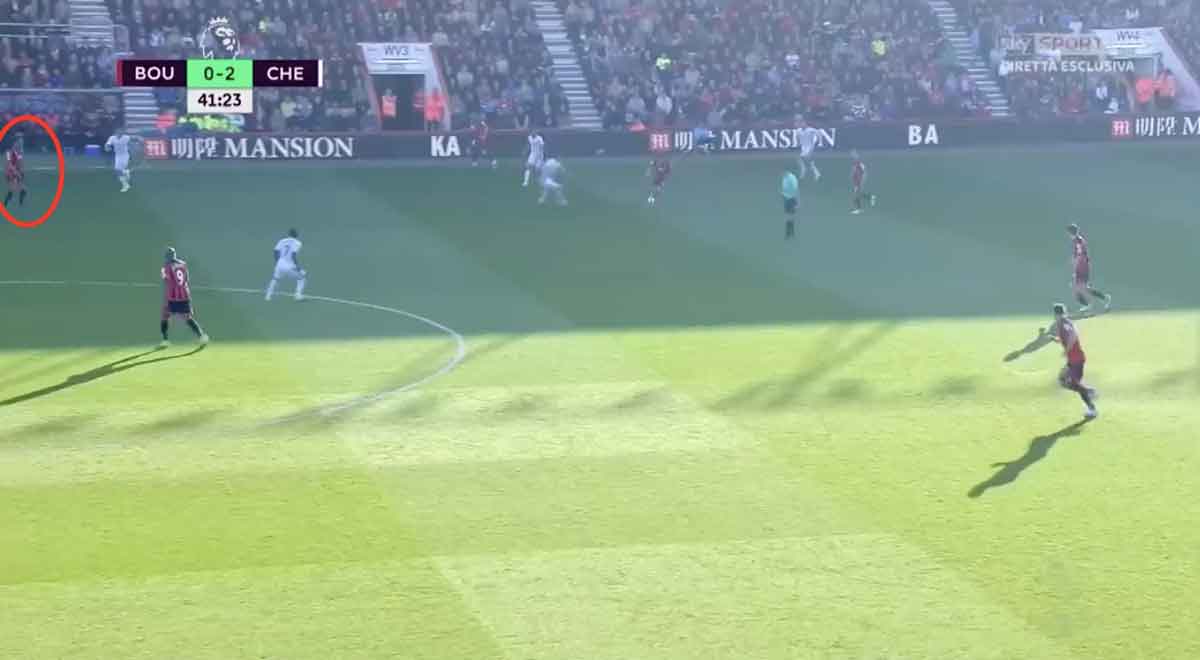 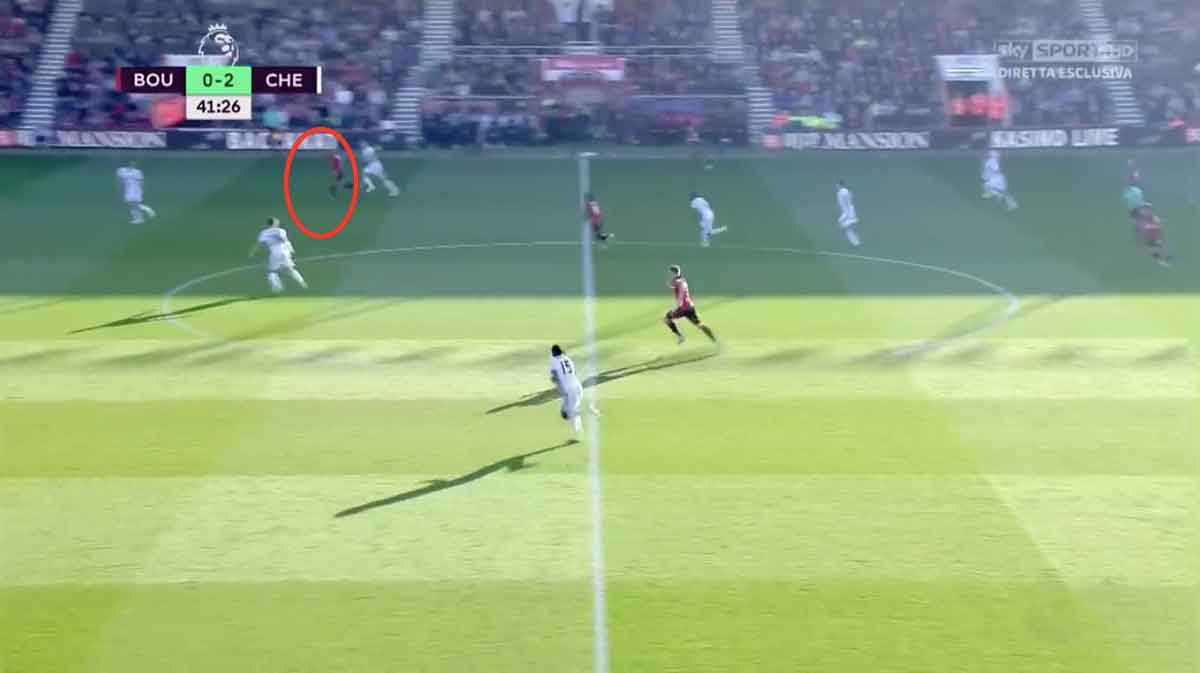 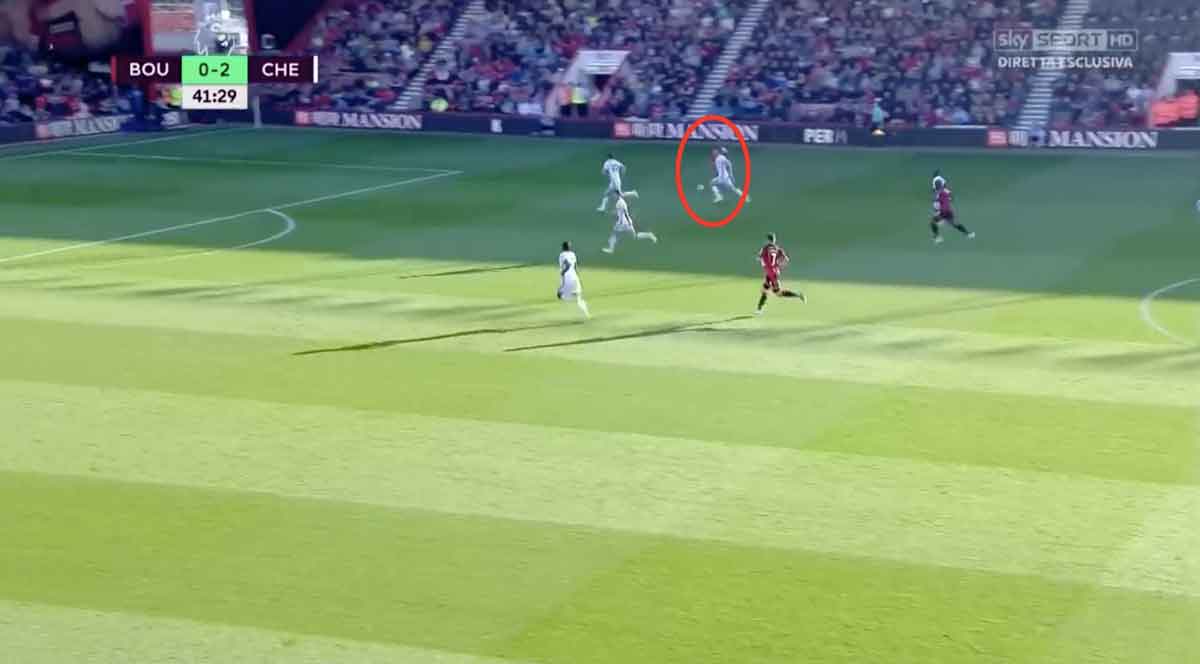 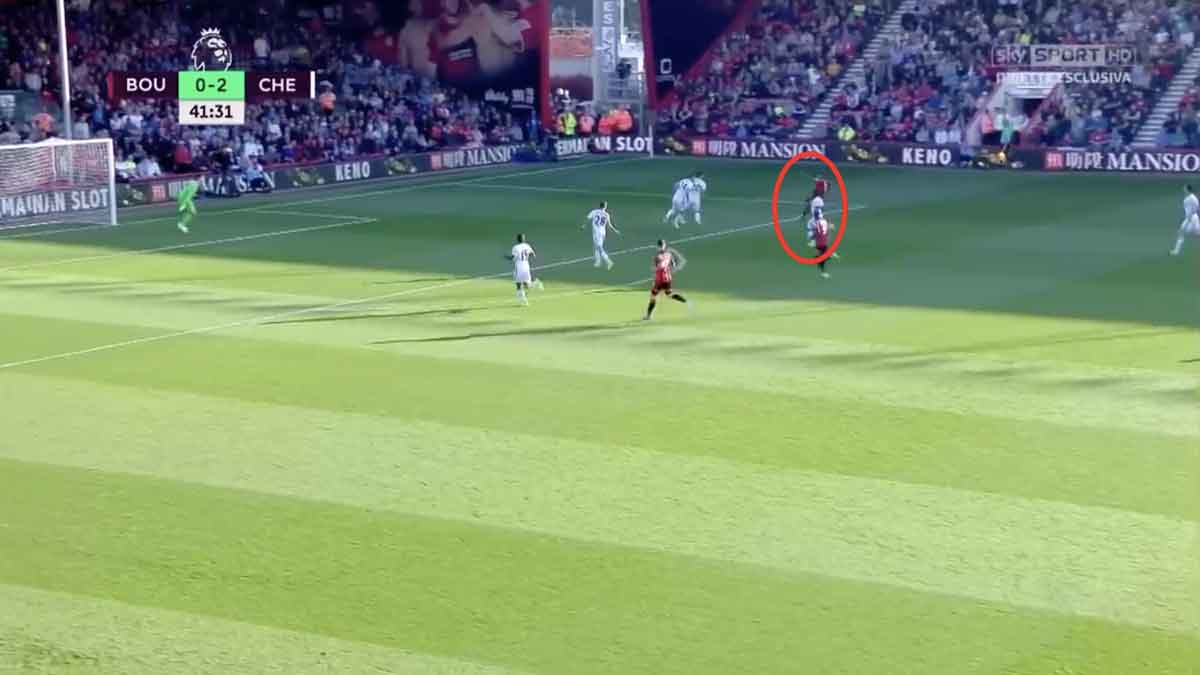 If you look at the goal he scored against Chelsea, you can again see something else that he offers.

From a quick break, King uses his pace to ensure no Blues defender can get near him – granted, Gary Cahill isn’t exactly Usain Bolt.

And then when he’s given time on the edge of the penalty area, he does what any good striker does, and gets a shot away.

It may not be the cleanest of shots, but the deflection saw it go past Thibaut Courtois and they all count. 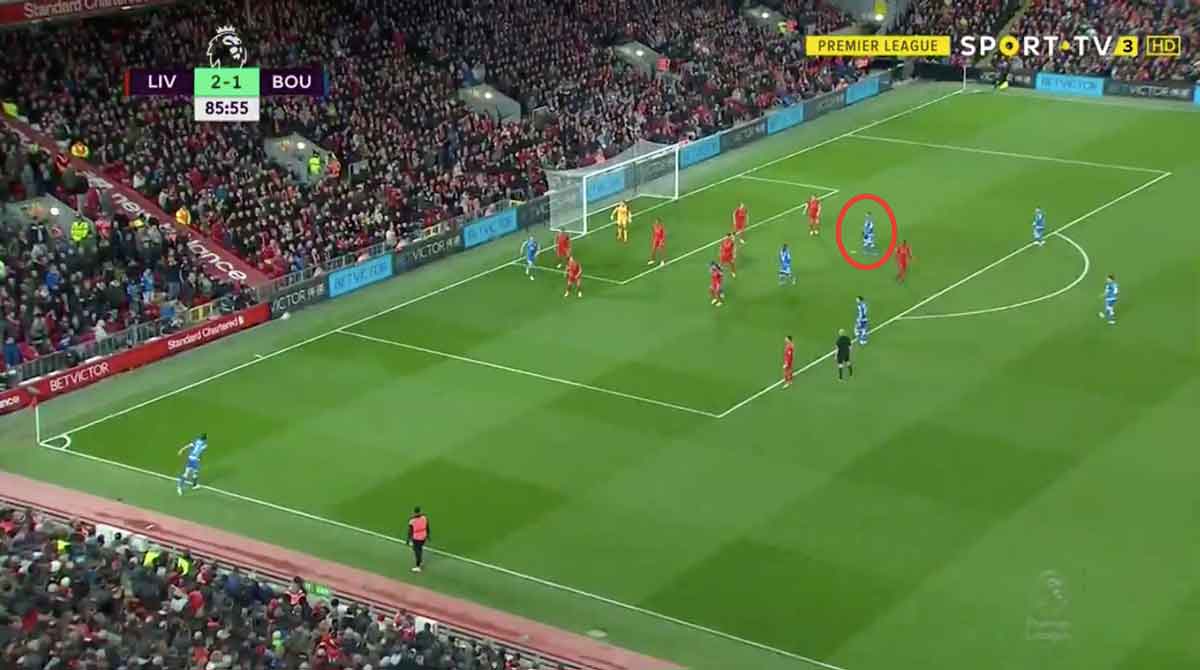 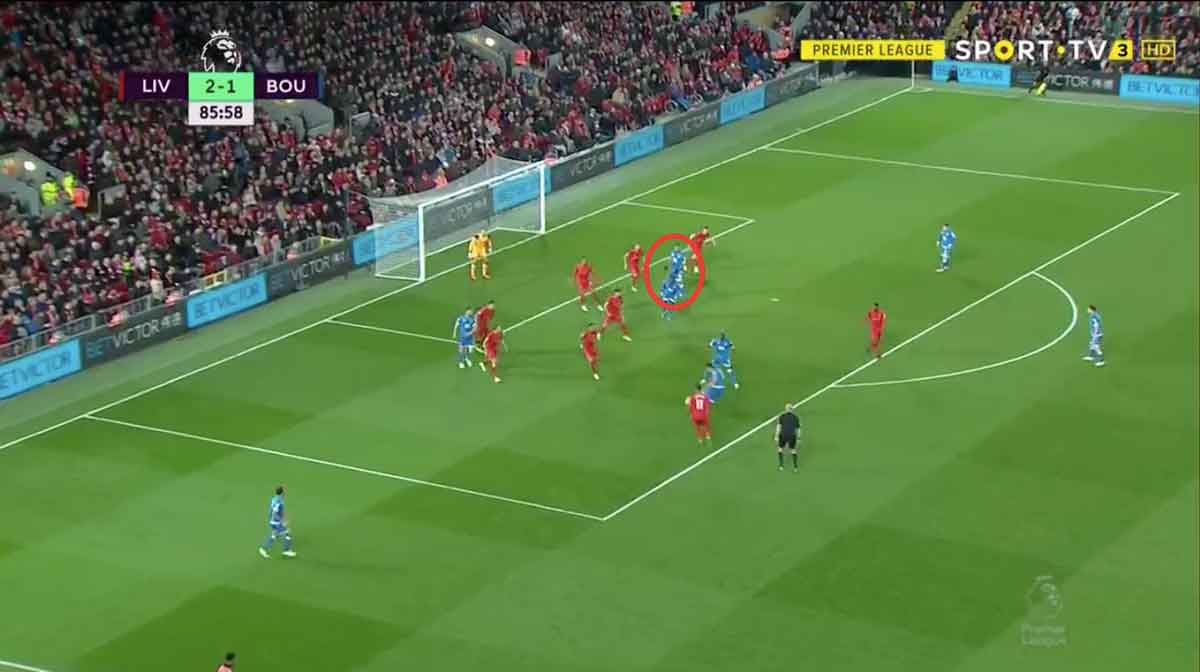 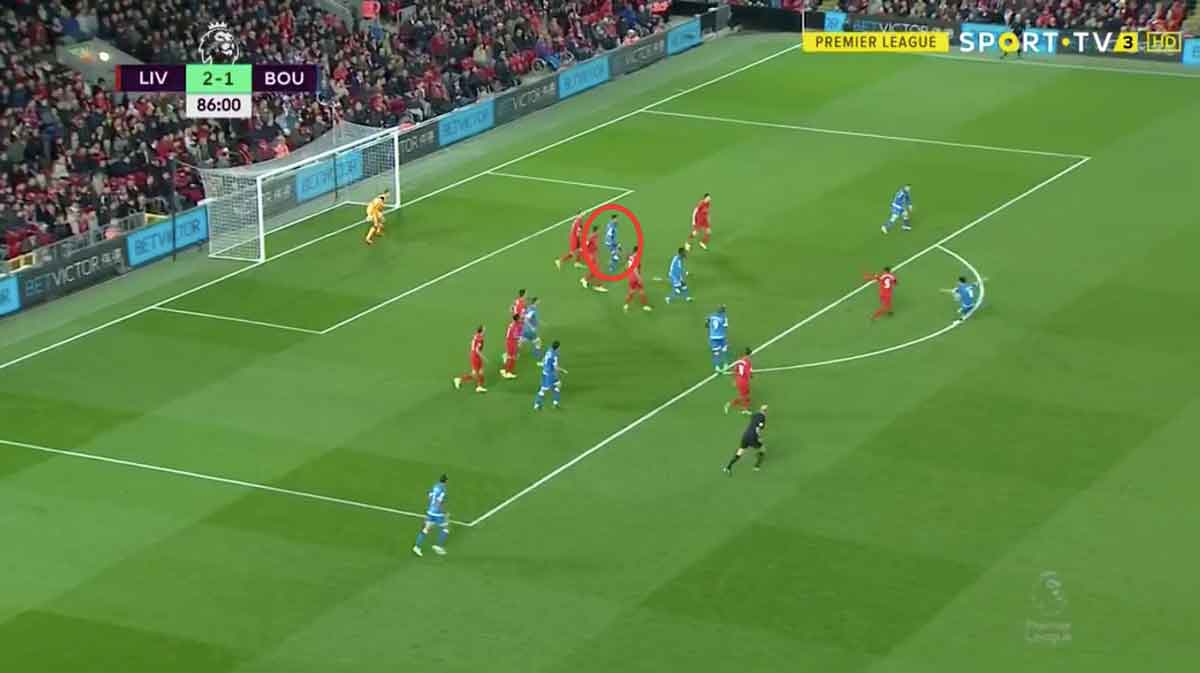 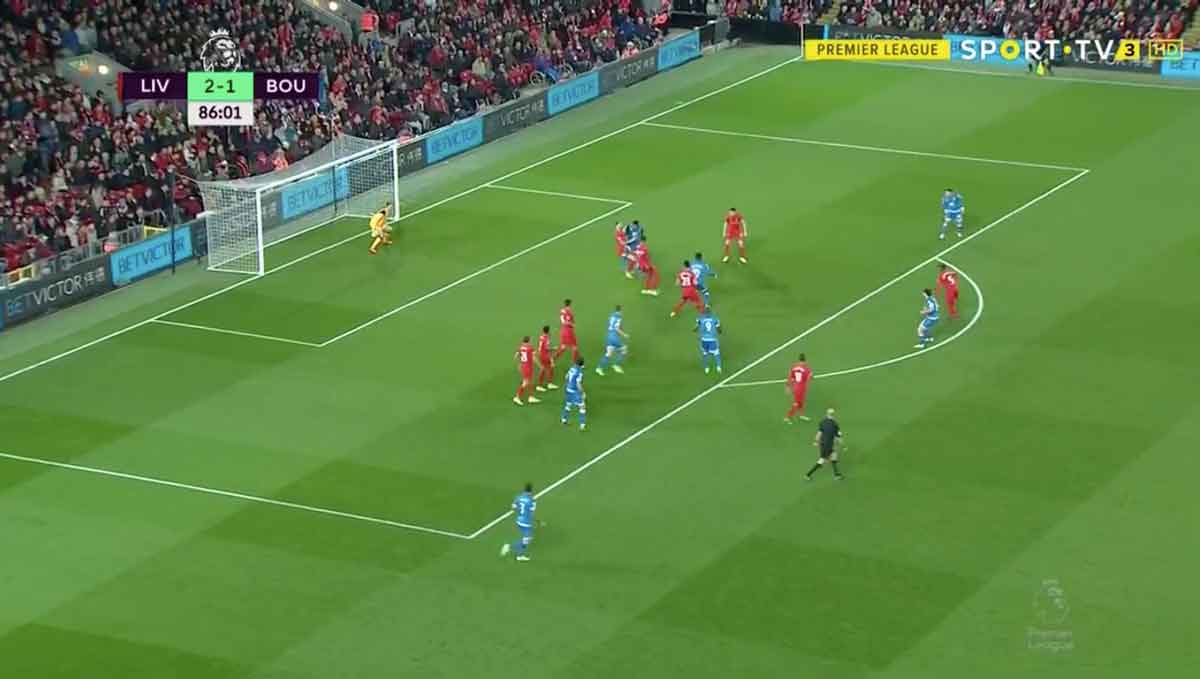 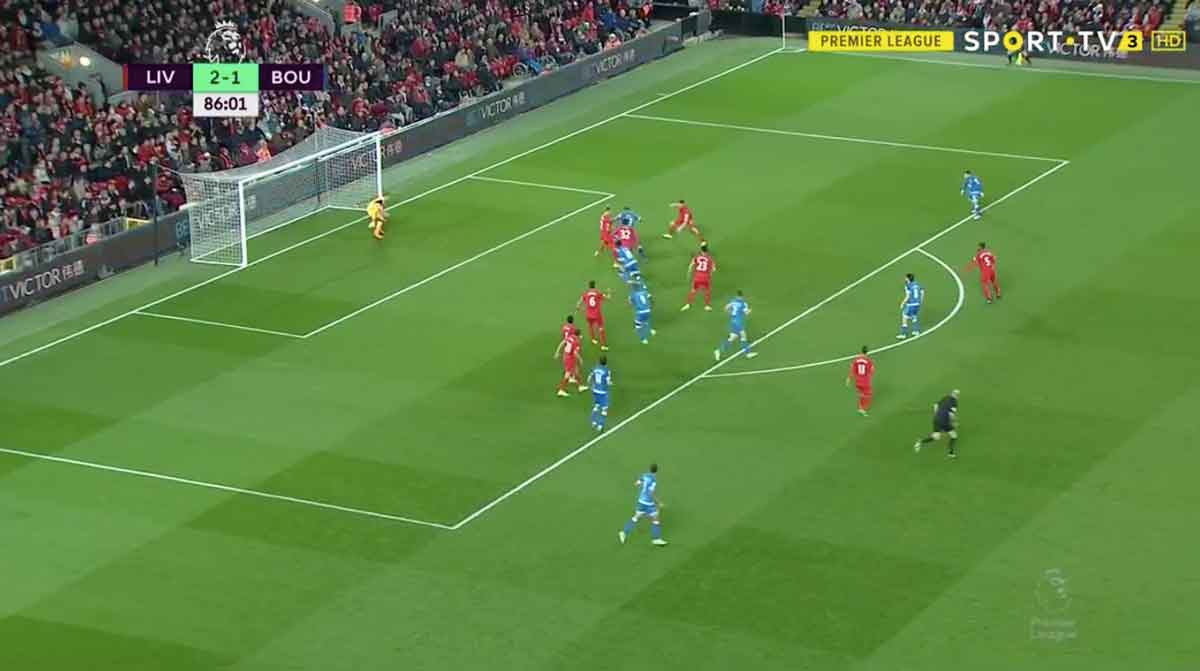 King’s goal against Liverpool showed his strength and nous in the opposition penalty box.

When the long throw came in, he was in the perfect position to attack the ball.

He stays in the middle of the action when it falls out to Charlie Daniels for a shot, and when that’s cleared again, he’s also right there when Harry Arter has an effort.

This hits King, and he shows quick feet to work it onto his right foot, as well as strength to hold off the Liverpool defender to get a shot away. 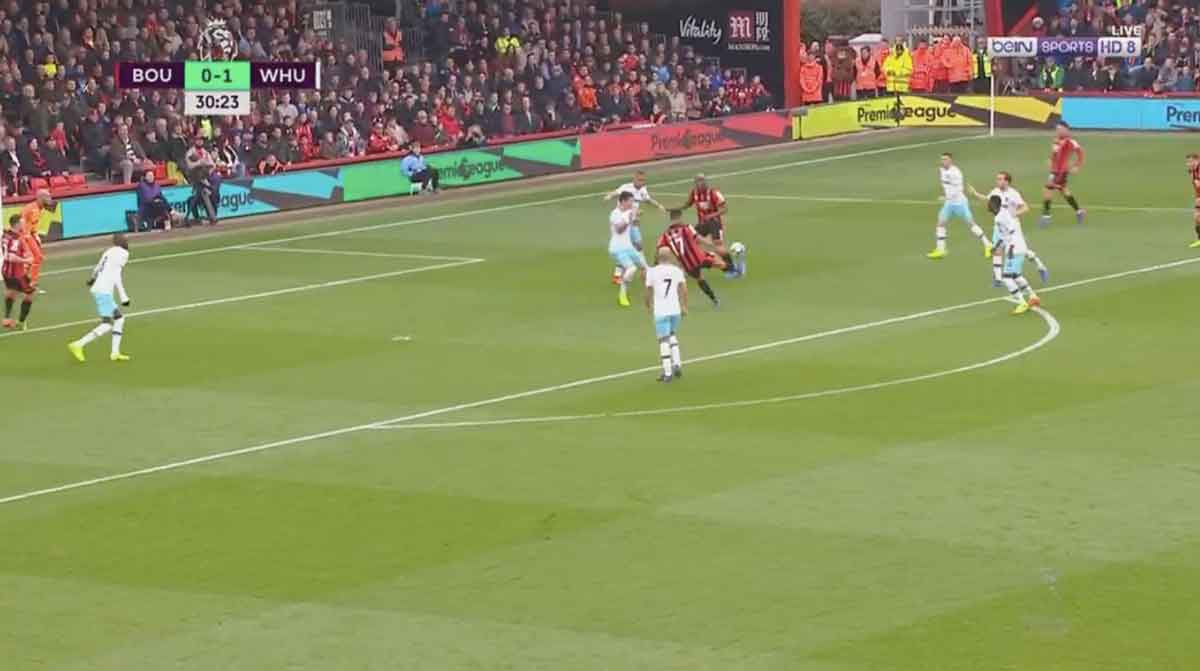 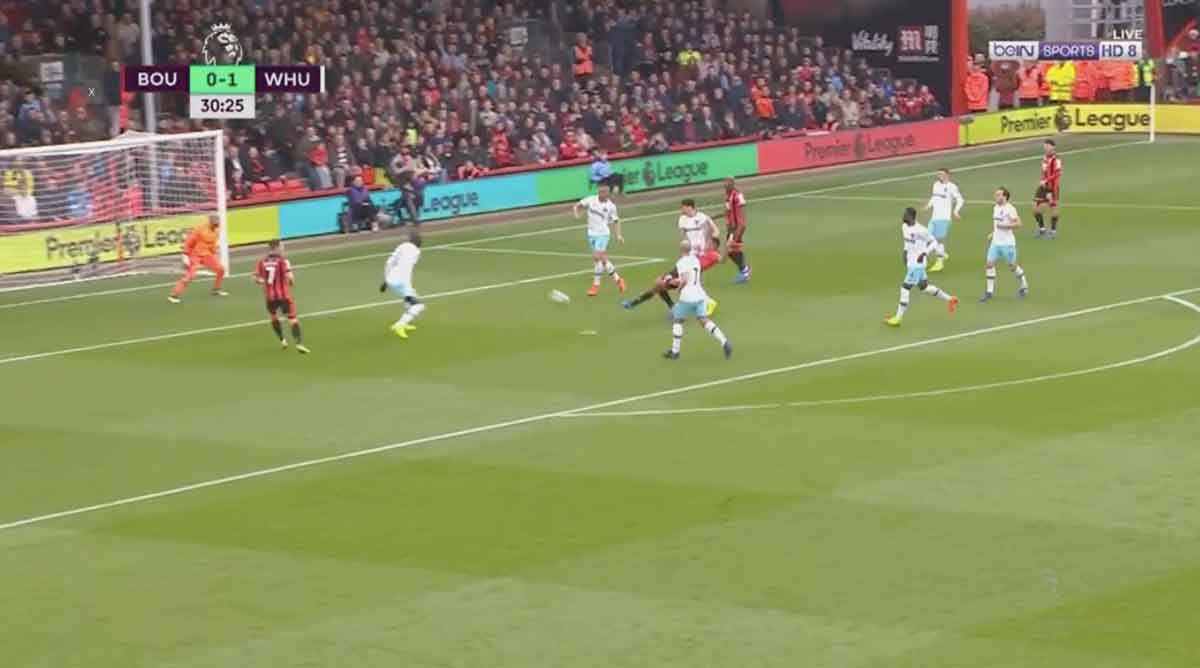 And his skill for this goal against West Ham United just underlined his class.

Getting the ball in the area on his right foot, he flicks it over the defender onto his left foot before finishing calmly.

That goal enough would have been enough to attract attention from the Premier League’s big boys.

Where would King play at Tottenham?

Despite him being pitched in the Mail as a backup for Kane, he has in fact mainly played off the striker this season, in the Alli or Christian Eriksen role.

But he can play up front too – he’s started as a forward nine times for the Cherries this season, compared to his 14 just off the main man.

And how does he compare to Tottenham’s current crop? 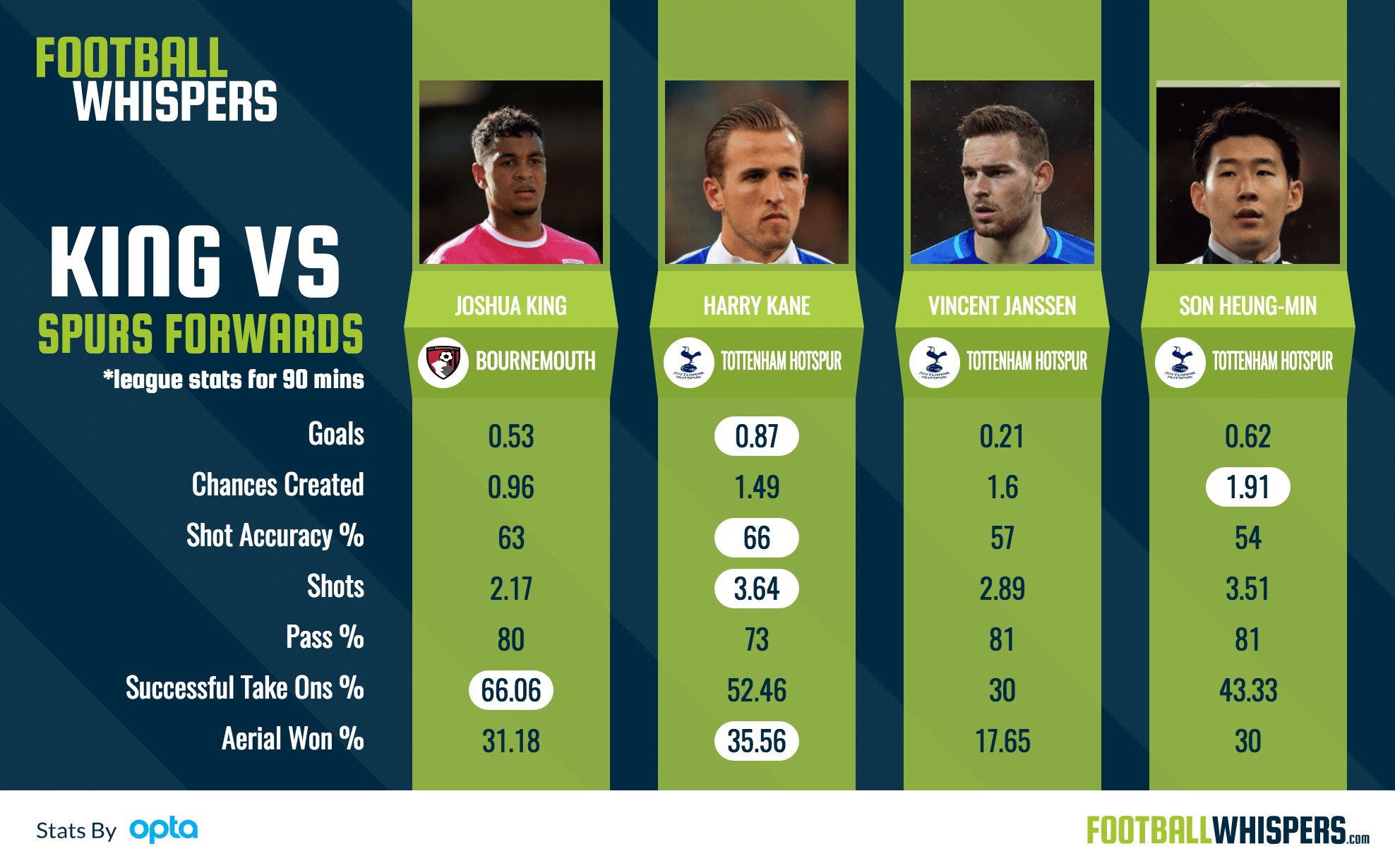 If you compare him to the current striking options, his league stats are probably most comparable compared to Janssen, with the Norwegian beating the Dutchman in terms of shot accuracy (63 per cent to 57 per cent), successful take ons (66.06 per cent to 30 per cent) and aerial duels won (31.18 per cent to 17.65 per cent).

Unsurprisingly, his stats are eclipsed by Kane’s, but King would be bought as a backup to the international.

Should he make the move from White Hart Lane, it would undoubtedly be a big step up for the Bournemouth man.

But he has experience at a big club after coming through Manchester United’s academy, and he’s proved he can step up after his success at Bournemouth since his arrival from Blackburn.

Alli has shown that under Pochettino’s guidance, players can step up and thrive at Tottenham.

Indeed, the likes of Toby Alderweireld and Victor Wanyama, now up there with the best in the league in their position, were signed from clubs further down the Premier League table.

And signing someone classified as homegrown under Premier League and Champions League squad rules due to his time at United would also be a boost.

He is under contract until 2020 on the south coast and Bournemouth wouldn’t want to let him go cheap, and it would definitely be for more than the record £12million they received for Matt Ritchie last summer.

Jordon Ibe cost £15.3million last summer and you’d assume they value King more than the former Liverpool man, but there’s no doubt Tottenham could afford him and given Spurs’ track record on purchases, you’d assume they’d be able to get hold of him for a reasonable price too.