Had it not been for Celtic, Aberdeen would have celebrated a treble of their own this season. Derek McInnes’ Dons finished second to Brendan Rodgers’ side in the Scottish Premiership, losing out to the Hoops in the finals of both the Scottish League Cup and the Scottish Cup. Their success was tempered by the most successful Scottish team in over a decade.

McInnes has already spoken about building once again for next season, using the past year as a platform to prove that they can one day match Celtic for supremacy at the top of the Scottish game, but there is a sense that this might be as good as it gets for Aberdeen. Their side could be picked apart this summer, with McInnes himself reported to be top of Sunderland’s list to replace David Moyes.

Aberdeen could be about to lose their best player too. Jonny Hayes is strongly linked with a move to Celtic, with the Republic of Ireland international enjoying a sparkling season for the Dons. It’s no wonder he is attracting attention, but could he really be on his way to Glasgow to join the very team he spent the last season rallying against? Something doesn’t quite fit there. 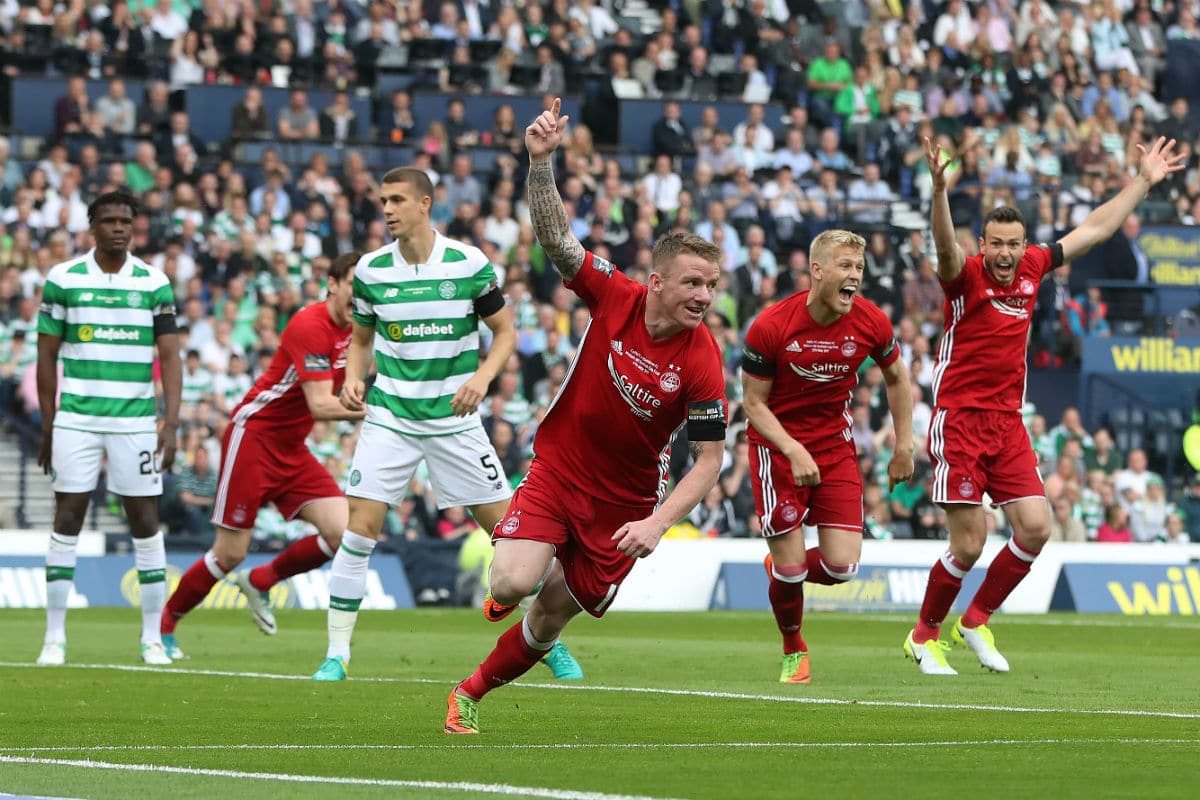 After clinching a domestic treble for the first time since 2001, Celtic majority shareholder Dermot Desmond underlined how Europe remains the final frontier for Rodgers at the club. “The ambition is always to further our position in Europe, get into the group stages in the first instance, qualify for that, and then get out of the group stage to the last 16,” he said. “That’s what the manager has set his sights on.”

And so Celtic must target players who can help them achieve that goal. They need a higher calibre of player, preferably proven at Champions League level too. That’s not something that can be said of Hayes. The winger might be among the best in the Scottish Premiership, but is he really the kind of profile of player Celtic should be looking to sign this summer?

Would Hayes even command a place in Rodgers’ starting lineup? It seems unlikely given that both James Forrest and Scott Sinclair would find themselves bellow the Irishman in the pecking order, with the two wingers among Celtic’s most consistent performers over the past year or so. There’s also the possibility that Patrick Roberts could return for another year-long loan from Manchester City, knocking Hayes even further down the list.

So what would Hayes offer Celtic that they don’t already have? He is a winger in a different mould, stretching the pitch in the way neither Forrest nor Sinclair can. The Irishman would give the Hoops another option, perhaps giving them a more effective way to play on the rapid counter attack. That could serve Celtic well against a higher calibre of opposition in the Champions League.

But as part of Rodgers’ Plan A, there appears to be no place for Hayes. Celtic have been transformed into an extremely dynamic side under the former Liverpool and Swansea City boss, with their movement off the ball only exceeded by their control and creativity on the ball. Hayes, for all his undoubted quality, doesn’t really fit that identity.

Should Hayes make the move to Celtic Park, he will have been signed to provide depth. That perhaps illustrates the gulf between the Scottish champions and the rest right now – not even Aberdeen’s best player would be able to command a starting spot in their team.

Signing for depth might not be such a bad idea, though. By and large, Rodgers stuck by the same starting lineup for the majority of the 2016/17 seasons particularly as they chased an unbeaten domestic record. If Celtic are to remain in continental competition after Christmas, as is the aim, he will need to rotate to a far greater extent, and that’s where someone like Hayes could come in.

By turning to players like Hayes for domestic games, where the Irish winger is more than proven, Rodgers would give his top tier talent a better chance at making an impression in the Champions League. That could be what Rodgers has in mind in making a move for the Aberdeen player, also weakening Celtic’s closest challengers in the process.

Rodgers worked with Hayes as a teenager at Reading, and so knows the 29-year-old well. If anyone can get the best out of the Irishman, it’s the Celtic boss who has similarly raised the game of so many around him in Glasgow this season. But after his treble triumph, Rodgers is now charged with turning Celtic into a European force. How Hayes fits into that plan isn’t immediately obvious.