Danny Rose may not have played a competitive game since January but he has still emerged as a Manchester United transfer target in recent days.

The Independent report José Mourinho has made the Tottenham Hotspur defender his No.1 after landing Romelu Lukaku, Victor Lindelöf and Nemanja Matic.

After allowing Kyle Walker to join Manchester City for £50million, it would seem catastrophic for Spurs to let both their starting full-backs leave in the one summer, regardless of the fee commanded.

It was only 12 months ago that the 27-year-old signed a new contract, but we all know who water-tight they seem to be in the current climate.

How Could Manchester United Line Up In 2017/18… by FootballWhispers

During this window, United have been linked with Benjamin Mendy, Celtic’s Kieran Tierney and Jordi Alba of Barcelona. Left-back an obvious area of concern for the Portuguese boss, with Daley Blind set to play there in the UEFA Super Cup match against Real Madrid.

The Dutchman started 12 games in that position last term, with Matteo Darmian also playing that amount. Luke Shaw, who came into form into the end of the campaign, played nine times.

Rose played 18 Premier League games before his injury and once fit, would give the former Chelsea boss a starting left-back at Old Trafford.

Last season, Rose finished with two goals and two assists. None of United's current options matched his goal tally last term and only Blind was able to equal the 27-year-old's assists.

Yet, would the former Sunderland defender be an upgrade and what the Red Devils already have at the club?

We look at the statistics for all four full-backs and let you decide. 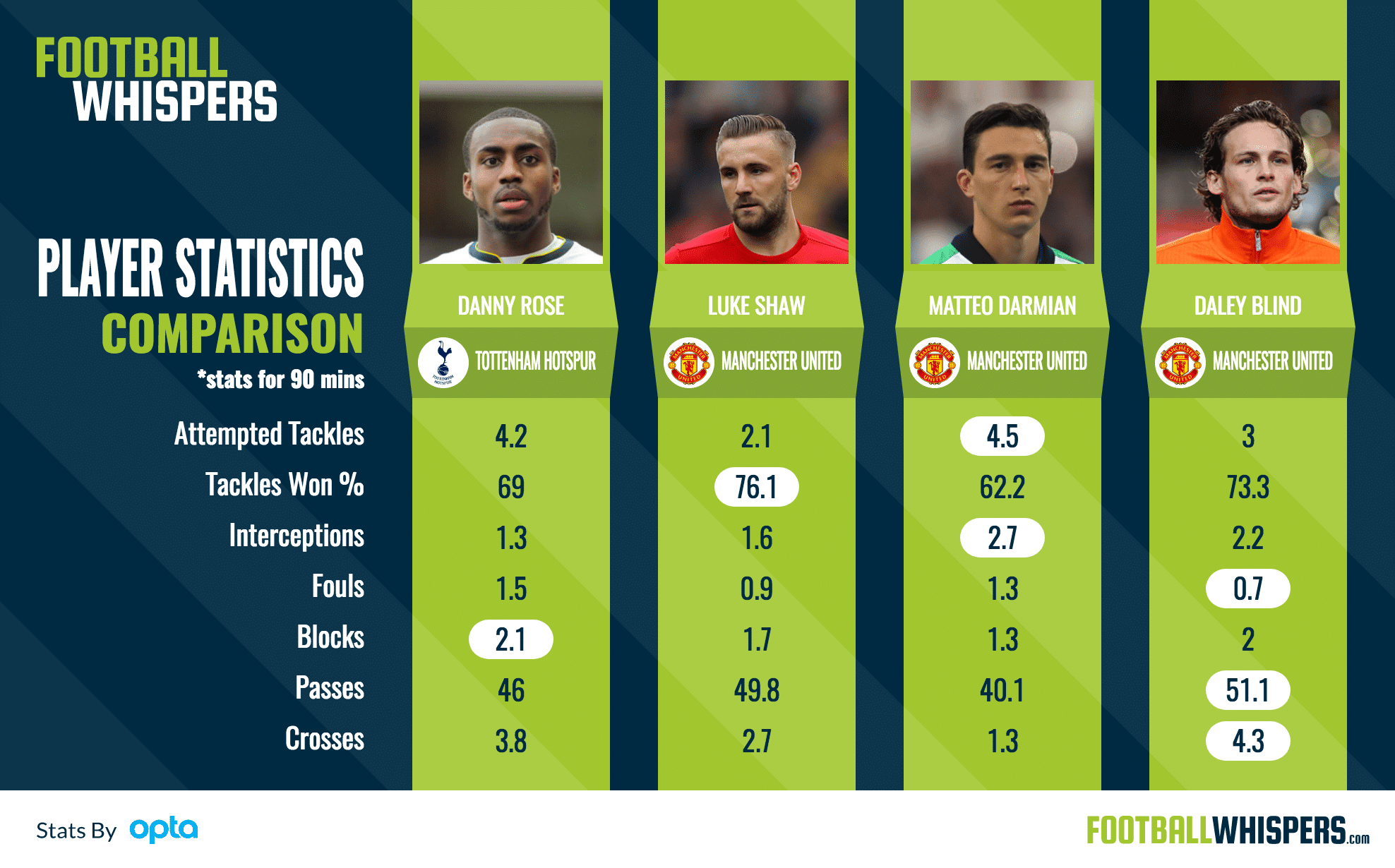