Liverpool might still be fighting a losing a losing battle when it comes to keeping Philippe Coutinho out of the clutches of Barcelona.

They managed to keep their Brazilian playmaking maestro in the summer, but that hasn't stopped the Catalan club chasing him.

The chief executive of the Blaugrana, Òscar Grau, has claimed his club are prepared to make another attempt to sign Coutinho when the transfer window opens in January.

For Barcelona, Liverpool's No.10 is a player who can solve two different problems.

He could fill the hole left by Neymar's departure to Paris Saint-Germain if Ousmane Dembélé fails to prove himself after his injury.

But the long-term plan is for the 25-year-old to be the successor to the genius that is Andrés Iniesta. The Barca captain turned 33 years old in May and, despite his brilliance, is beginning to slow down.

Iniesta can still pull strings like few others and can weave past opposition defenders with a simple and subtle hip swerve, however, he can't play 40-plus games a season as Barcelona's conductor.

And that's where Coutinho comes in. He was used as a No.8 by Jürgen Klopp towards the end of last season and impressed in the role, especially in a comfortable win over West Ham United at the London Stadium.

However, is he ready to replace one of the finest midfielders ever to grace the game? We've taken a look at both players' stats from last season to see if Coutinho is ready to be Iniesta's heir at the Camp Nou. 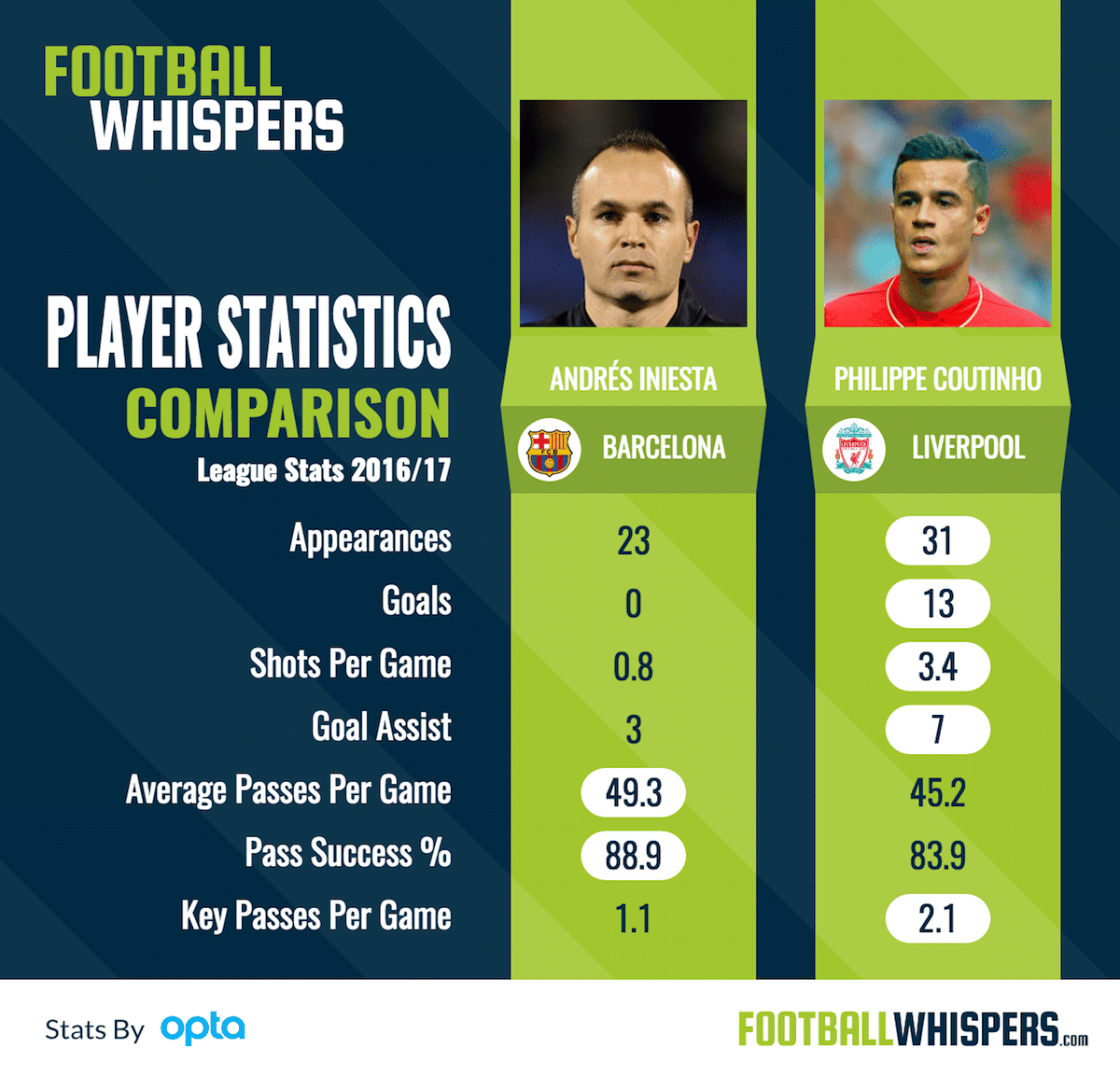