The opening of advent calendars across the world seems to trigger the start of transfer silly season. It’s hard to decipher what lands in the world of possibility and what is just complete nonsense. Linking Manchester United’s Anthony Martial to Paris Saint-Germain lands somewhere in the middle.

Despite two goals against West Ham United in the EFL Cup on Wednesday, Martial has still only scored once in the Premier League this campaign. Compared to the blaze of glory in which he arrived at Old Trafford, the French attacker is struggling with his difficult second season, just like Franz Ferdinand and Manchester favourites, the The Stone Roses, and that tough second album.

Martial signed for an initial fee of €50 million has struggled to replicate the form of his outstanding debut season at Old Trafford. If the interest from PSG is real, then there could be a chance that United would accept a realistic bid and cut their loses with the 20-year-old. The only problem will be, what sort of offer would United think is ‘reasonable'?

On the final day of the 2015 summer transfer window, the AS Monaco forward signed for a deal that could end up costing the Manchester club €80 million. Martial scored four goals in his first five games, was a threat down the left, adding pace, directness and the ability to terrorise full-backs. He ended the season with four goals in his last five games for his club, finishing with 20 strikes and 16 assists in all competitions.

The double against the Hammers takes the Frenchman to four goals and two assists in 14 games. It’s easy to see why his future at Old Trafford is under pressure. That isn’t helped by the rise of Marcus Rashford. Perhaps, someone at the club should have informed Ed Woodward of this talented Englishman before they shelled out the most money they have ever spent on a teenager. 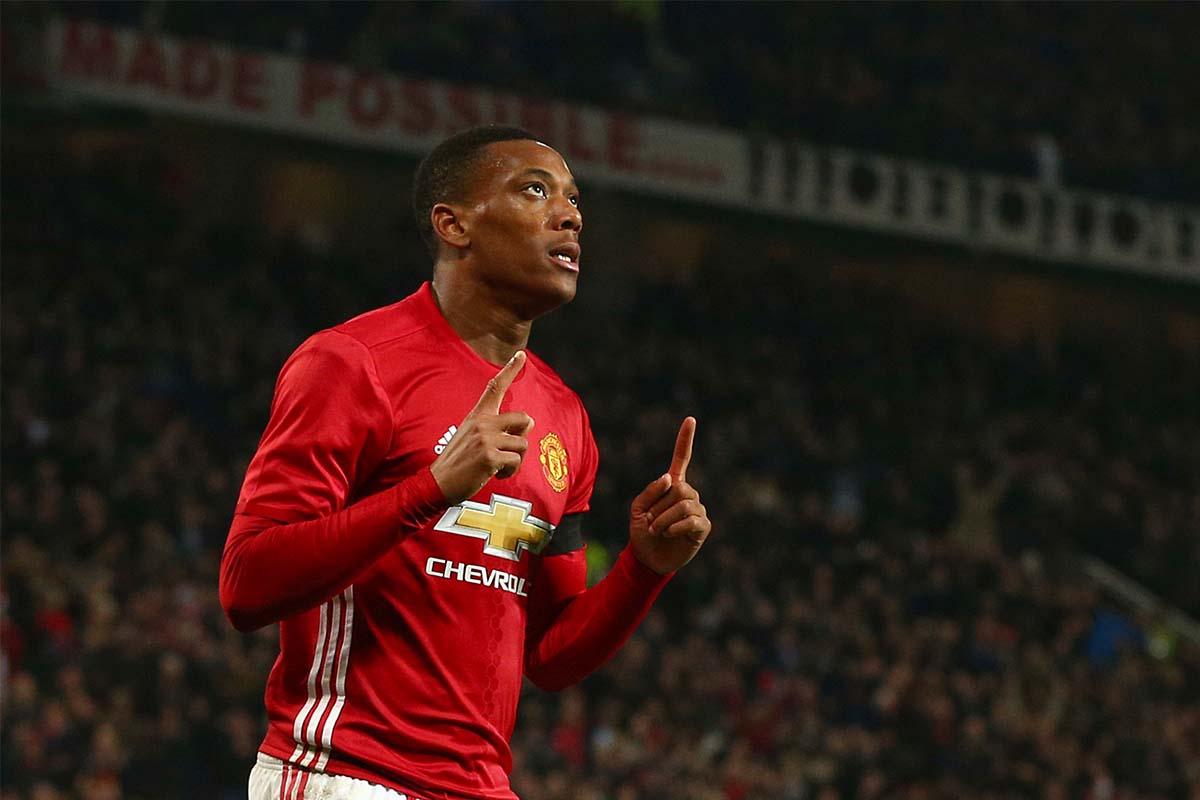 Making his breakthrough early in 2016, the England striker scored nine times in 22 games, picking up two assists in the Premier League. He too is struggling to follow up that early success, recording the same numbers as his French counterpart. This is where you insert a line about Jose Mourinho failing to help youth talent develop.

There’s no doubt that PSG would be interested in a home-grown talent with Martial’s potential. Often mocked about the lack of local faces in the team, signing a kid from the Parisian suburbs would be a huge marketing coup.

Able to play on the left-wing, rather than replace Edinson Cavani, he could complement the Uruguayan, giving Unai Emery another forward option and adding a new dimension to the attack.

Angel Di Maria, himself struggling to follow up an outstanding debut season at the Parc des Princes, always played better on the right-wing, cutting inside onto his left foot.

Having Martial and Di Maria pushing in to support the striker, would allow the full-backs to provide the width and make PSG a faster, much more dangerous side. After Zlatan Ibrahimović left the French capital, the club needs a new face to push the franchise. Who better than a local boy who is also a French international?

As with most things, any future move for Martial will come down to money. After his double on Wednesday, he is now just four goals from triggering the first of his three €10 million clauses. There is absolutely no way that any one in charge of United is going to let the club lose money on the youngster.

Tom Coast, a transfer journalist for Sport Witness told Football Whispers: “If United were to entertain PSG’s advances – which they won’t – you would expect them to be looking for €10 million on top of what they have paid so far for Martial.”

“Negotiations would possible start at €60 million,” he continued, “but there’s no reason that United wouldn't insist on the same type of clauses that were included when he arrived at Old Trafford.”

If he were to move, Martial would be the perfect long-term option for PSG. He could play on the wing, play in place of Cavani when El Matador needed a rest and then, when the 29-year-old decides to leave the capital, the Frenchman would be ready to take over as the club’s No.9.

United fans may not be aware that the former Lyon youngster was actually being readied to play as the main centre-forward at AS Monaco. it’s only been under Louis van Gaal and Mourinho that his chances have been limited to the wing.

Regardless of being the perfect option for the Parisians, because of what it would cost, it’s hard to see them topping the €64 million they spent on Cavani to land his services. The Ligue 1 top scorer was at the top of his game when he joined from Napoli, it would be fair to say that Martial isn’t near that level of quality just yet.

If given minutes, Martial could score four more goals before the turn of the year, meaning United would have paid €60 million in total, putting any potential deal up by another 10. Almost pricing the Frenchman out of any reported move.

PSG are perhaps the only club that could put together any sort of move for the forward, but that doesn’t mean they will want to. It’s easy to see why the rumours have come out, but there would be a lot more involved to actually make it happen. Plus, despite his poor form, there are outstanding issues that would have played their part.

“There are many factors that could explain his slow start to the season,” Coast continued. “For example; he played 63 club games last season, didn’t get a break this summer and off the pitch issues – with his now former partner and mother of his child – may have disrupted his preparations.”

“Now that all of that is behind him and he’s been given a few breaks by Mourinho, United fans caught glimpses of last season’s player in the EFL cup win over West Ham. He was willing to take players on, which he hasn’t done as much this term.”

The huge transfer fee was always going to be a burden hanging over the young forwards shoulders, but it should be enough to prevent clubs from making a move. That will give the 20-year-old more time to find his feet at Old Trafford and allow him to fulfil his potential at the Manchester giants.