The attitude of both these teams will be ‘finally, we're at the end of the season'. Despite that, both will want to close their campaigns with a win. Who, if anyone, will? Find out with our Ipswich vs Fleetwood match preview with free tips, predictions and odds mentioned along the way.

Ipswich vs Fleetwood: Get your tips

Ending the season all square

Trying to separate Ipswich and Fleetwood in a one off game feels like a near on impossibly task hence the prediction this match will end as a draw. Ipswich are the draw specialists of the league lately with six in their last 10 ending in an equal share of the spoils. Fleetwood don't have anything like that number of draws of late but their matches rarely have big variances in them. For that reason, we're calling it down the middle

A quiet day for the keepers

Sometimes the over/under 2.5 goals market is like a coin toss. Ipswich vs Fleetwood is not one of those instances; we can't see many goals in this match. Over the course of the entire season these two have the lowest goals per game ratio in the league with Fleetwood's 1.9 average just edging Ipswich's 1.8 per match. Those numbers don't change to make this decision harder over more recent times either; a look at each sides last 10 games gives Fleetwood a game average of 2.2 whilst Ipswich have seen theirs drop to a rather dull 1.2

A good time for an afternoon nap?

There is nothing like the final day excitement of a goalless draw. That's what we're expecting when Ipswich vs Fleetwood gets under way though. The reason for our 0-0 prediction is pretty simple; both Ipswich and Fleetwood offer up some of the worst attacking stats in the entire league with only two other clubs ranked below them in goals scored whilst the other side of things i.e. the defences is extremely strong with both sides serving up a goals conceded column that are ranked second and third in the league. Throw in that Ipswich have drawn six of their last 10 0-0 and you'll probably be on board!

Pre-match stats for Ipswich vs Fleetwood

Defensive masterclass or garbage in attack?

Can we just label this game a bore draw and move on to the summer? That's what the fans and, in truth, 90% of the players will be asking. Neither side will be delighted with their seasons although they've both been very strong defensively. The summer window is likely to be more exciting than the game itself so, if you're a neutral, you might want to look elsewhere for goals! 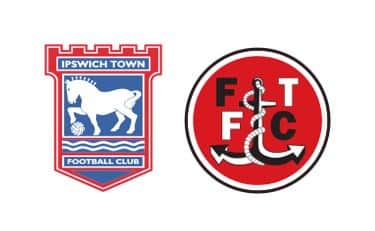