Major League Soccer has come a long way over the past 20 years. Eddie Pope’s 94th-minute Golden Goal sealed the inaugural MLS Cup for D.C. United in 1996. They beat Los Angeles Galaxy 3-2 in Overtime and the league has continued to grow ever since.

Just 10 teams contested that first season, building on the back of the 1994 FIFA World Cup, starting in 1995 and accumulating in 34,000 fans watching the five-goal thriller in Foxborough, Massachusetts.

The league has expanded slowly, going up to 12 clubs, briefly back down to 10 until the league found parity and began to increase from 12 up to 20 in 2015. Only seven clubs remain in their original state from the opening campaign, the Tampa Bay Munity finished top of the table in that first season, but the league folded them in 2002 as well as it’s other Florida-based team, the Miami Fusion, due to financial losses. 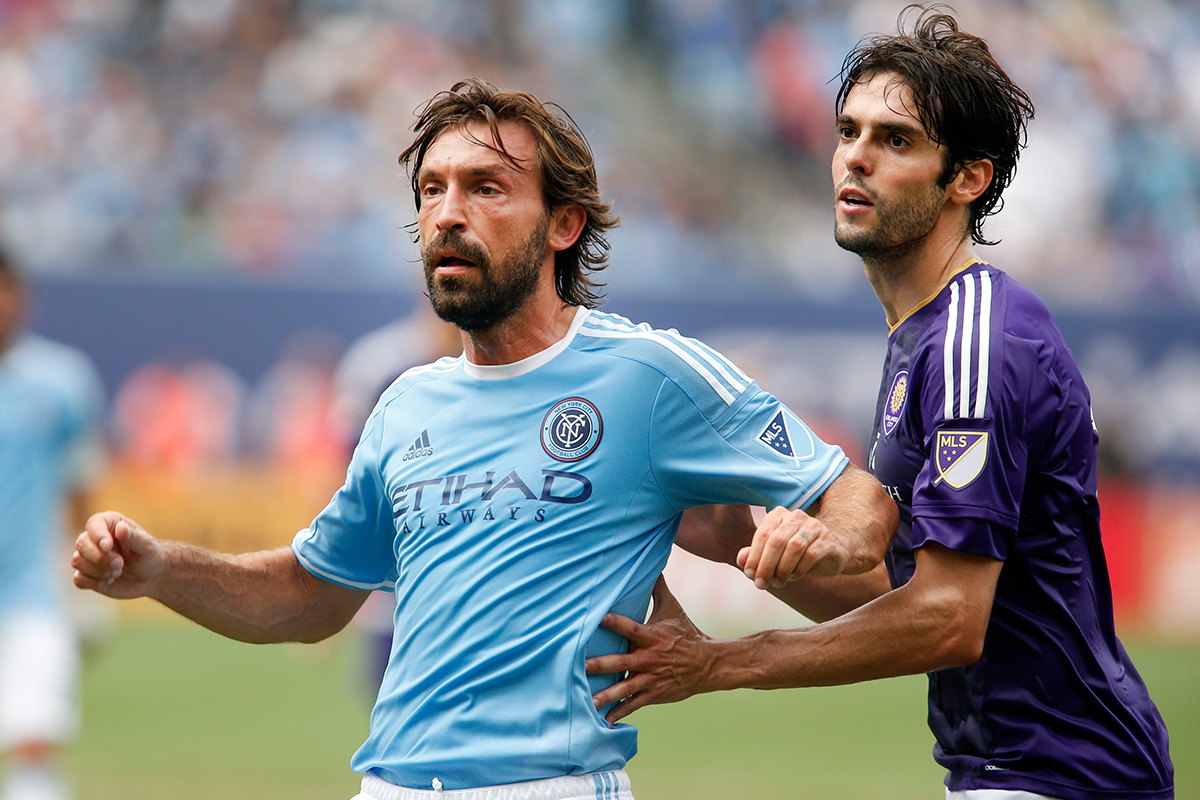 Six clubs have joined in the last six years, starting with the Philadelphia Union in 2010, a year later Portland Timbers and Vancouver Whitecaps joined the party. They were followed by Montreal Impact in 2012, with New York City FC and Orlando City the latest additions in 2015, taking the league to 20 teams.

The 2016 MLS Cup has reached the Conference Finals, or semi-finals as it’s more commonly known in the UK. As they have tried to find a way for the locals to embrace a sport that’s more popular at school and college level than in a professional capacity, the league has kept its North American roots in the way the season plays out.

The 20 clubs are split into two conferences, the East and the West, and each team plays 34 games. In 2016, clubs played each team in their own conference at least twice (one home, one away), that takes up 18 fixtures. Then, they will also play six additional intra-conference games – three home and three away versus different opponents, which are drawn randomly.

To complete the set, you will play all team of the sides in the opposing conference once, five at home, five away.

Jack Harrison's (19) solo goal against the Montreal Impact is a finalist for the MLS Goal of the Year! https://t.co/qo2qxPbYl4

In terms of trophies, the first piece of silverware is handed out after all 34 games are played out. The team with the most points from either conference will lift the MLS Supporters’ Shield. That’s the European equivalent of the league title, however, that’s not the grand prize. It’s perhaps a greater achievement to finish top after a long campaign, but the main attraction is still the MLS Cup.

At the end of the regular season, the top six sides from each conference go into the play-offs, this is a system that American fans are fully comfortable with. The NBA, NFL, NHL and MLB all follow this plan, the day-to-day games are just what you have to do to win the big prize.

In last season’s basketball campaign, the Golden State Warriors won 79 out of 82 games, breaking the record previously held by the Chicago Bulls. However, they lost in the play-off final to the Cleveland Cavaliers, so although the Warriors made history, they failed to grab the NBA’s biggest prize. In America, that’s what matters most.

What’s interesting and something that might be hard to comprehend for UK viewers, only the Colorado Rapids, out of teams that finished in the top two of their conference, have made it to the semi-finals. There's no guarantee that the best teams will make it to the end of the play-offs. The magic of the cup. Red Bulls were beaten by the Impact and Toronto FC destroyed NYCFC 7-0 over two-legs. Dallas, with the best record, were beaten 4-2 by the Seattle Sounders. 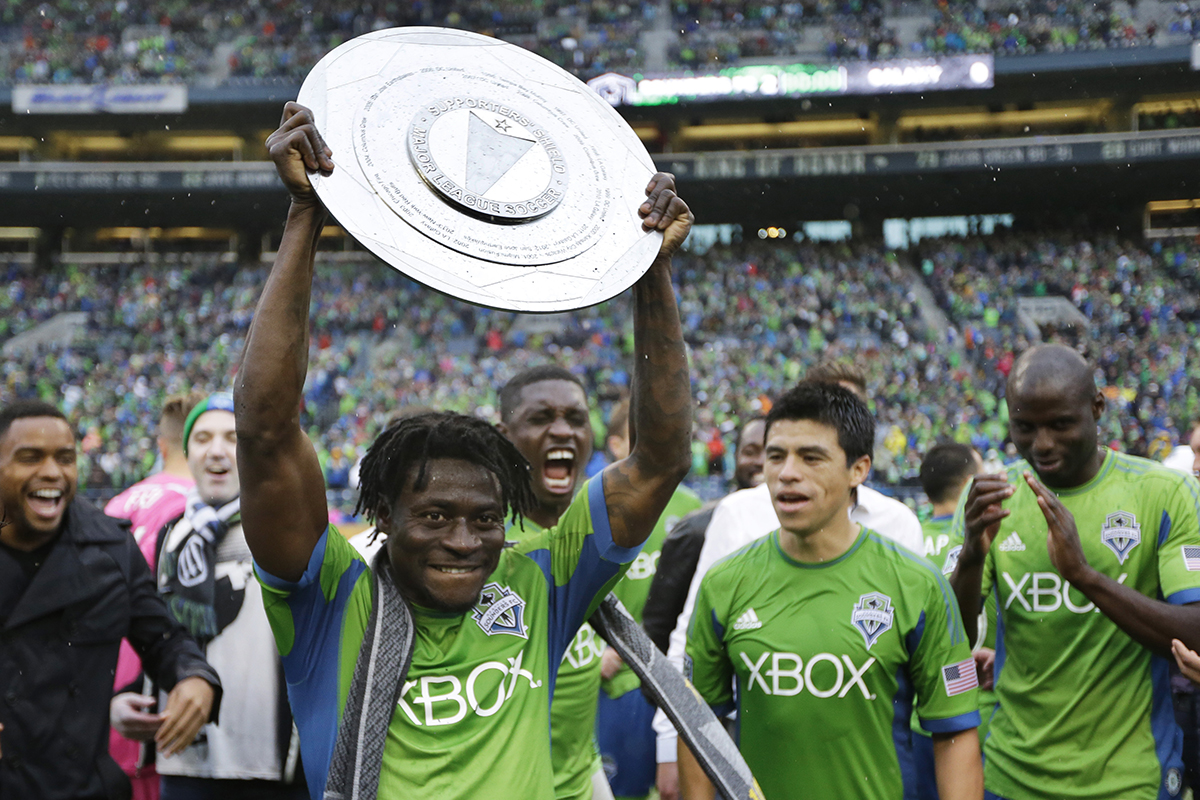 Seattle, Dallas and NYRB have all won the Supporters’ Shield, but failed to make it all the way to lifting the MLS Cup. Actually, in 21 campaigns, the top team after the regular season has only lifted both trophies six times.

Winners of the conferences and the MLS Cup will qualify for the 2017/18 CONCACAF Champions League, North and Central Americas version of the UEFA Champions League. Dominated by Mexican sides, the last MLS club to win the trophy was L.A Galaxy back in 2000, with Real Salt Lake the last American club to reach the final in 2011.

If one of the three Canadian clubs finish in a qualification place, the spot will go to the next best American team. Teams from Canada do compete in the competition, but have to qualify via the separate Canadian Championships – contested by MLS and NASL team (American lower leagues) – which is when things get a little complicated.

Unlike in Europe and because there is no promotion or relegation from the lower leagues, each team has a salary cap that they must not exceed. That is intended to keep the competition level, but each team can have a maximum of three ‘star players’ whose earnings do not fully count to the salary cap.

Known as ‘Designated Players’, the rule came in for the 2007 season when England legend David Beckham joined L.A Galaxy.

This is key to the growth of the league and helps MLS teams try bigger name players, with the club bearing all financial responsibility for those signings.

Clubs will either use it to bring in attractive foreign players, such as, Andrea Pirlo, Frank Lampard and David Villa at NYCFC, or Didier Drogba, Giovani dos Santos and Sebastian Giovinco at Montreal, L.A and Toronto respectively. It is also used on US Men’s National team players like Alejandro Bedoya, Tim Howard and Jozy Altidore, enticing them back from Europe to play in their home championship. Having a core of USMNT players is another factor in helping the league grow locally.

Now that MLS is up to 20 clubs, it has a much more European feel to the calendar and fixtures, but it maintains that American set-up with the play-offs.

In 2017, Atlanta United FC and Minnesota United FC join the league as expansion teams. With NYC adopting the FC moniker and Los Angeles FC and Miami set to join in 2018, teams are adopting a more European style in terms of their names.

Mondays aren't so bad after you win the coin flip 😁 #ATLUTD pic.twitter.com/37cG0Zqehi

One other major difference is when the league takes place. The regular season starts in March and ends in October, making it very much a summer league. Although this does cause some problems with the FIFA calendar and international tournaments.

Attendances have grown steadily since averaging 17,406 in its first year. After that initial excitement, it dropped to 13,756 in 2000, but has continued to increase year-by-year. The 2016 season has set another record, with over 7.3 million fans watching the 340 games, with a new average record of 21,692, up another 0.5% on 2015. For the past eight years, Seattle Sounders have recorded the best average, hitting over 40,000 consistently, making their lack of an MLS Cup even more remarkable. There’s always next year.