When a 6ft 5ins midfield behemoth can pick a pass out like Xavi it’s hard not to take notice. Add in the fact he’s just 19 years old and it’s easy to understand why so many top clubs are keeping a close eye on Genk midfielder Sander Berge.

The Norwegian has been with the Belgian club for just a little under a year now but, despite his relative inexperience, a host of Premier League clubs are monitoring his situation and are primed to make their move.

Berge was an Arsenal and Everton transfer target in the summer but a formal offer failed to materialise and he stayed in the Belgian League. After continuing to impress this season, rumours surfaced to suggest Liverpool wanted to add the midfielder to their ranks and a potential deal was in the works.

Who is Sander Berge?

Born in Bærum, Norway on 14 February 1998, Berge was destined to have a career in sport.  Both his parents and older brother have played basketball for Norway while his grandfather, Ragnar Berge, was a professional footballer who was capped once by Norway and played for Valerenga.

He came through the youth system of Asker and made his debut for the club, then in the Norwegian third tier, in 2013. He immediately stood out and it wasn't long before Valerenga made their move and brought him to the club.

There he broke through into the first team and played regularly in his country’s top tier, attracting interest from clubs abroad.

It was Genk who secured his signature. The Belgian side were flush after selling Wilfried Ndidi to Leicester City and needed someone to replace the Nigerian in their middle third. They paid around £1.7million to secure the player's signature.

He's set to become the latest in a long line of players to have turned out for Genk before moving onto bigger and better things.

What are Berge's strengths?

It would be lazy to assume that because of his height he's aerially dominant and relies on the ball being played up to him similar to how Manchester United use Marouane Fellaini.

Berge is primarily a deep-lying midfielder but he's got the awareness to be considered a defensive midfielder. He could anchor a midfield or play as part of a midfield two or as a box-to-box midfielder in a three.

He's got a good touch for a big man. So much so that it's his technique and intelligence that catches the eye when he's playing, and not the fact he's a physical specimen.

In possession, Berge is a subtle but penetrative influence from the base of midfield. He likes to drop deep between the centre-backs to act as a first receiver before turning and looking to play vertical passes through the opposition’s defensive block.

He is comfortable receiving the ball with his back to goal and doesn’t falter easily under pressure, showcasing composure beyond his years along with graceful ball control and an ability to resist pressure using his awareness of space and positioning.

Something all top midfielders need to be able to do these days with so many teams now looking to execute a high press in an attempt to win the ball back in dangerous areas of the pitch.

However, it's his sometimes risky play which sets him apart. With teams now being possession-orientated, many midfielders now pass up the opportunity to thread an incisive pass into the feet of their attackers because there's a risk it doesn't come off. It's considered patient play but at times it can be nothing more than sterile possession. Berge doesn't fall into that category and if there's a pass on he'll look to take it. 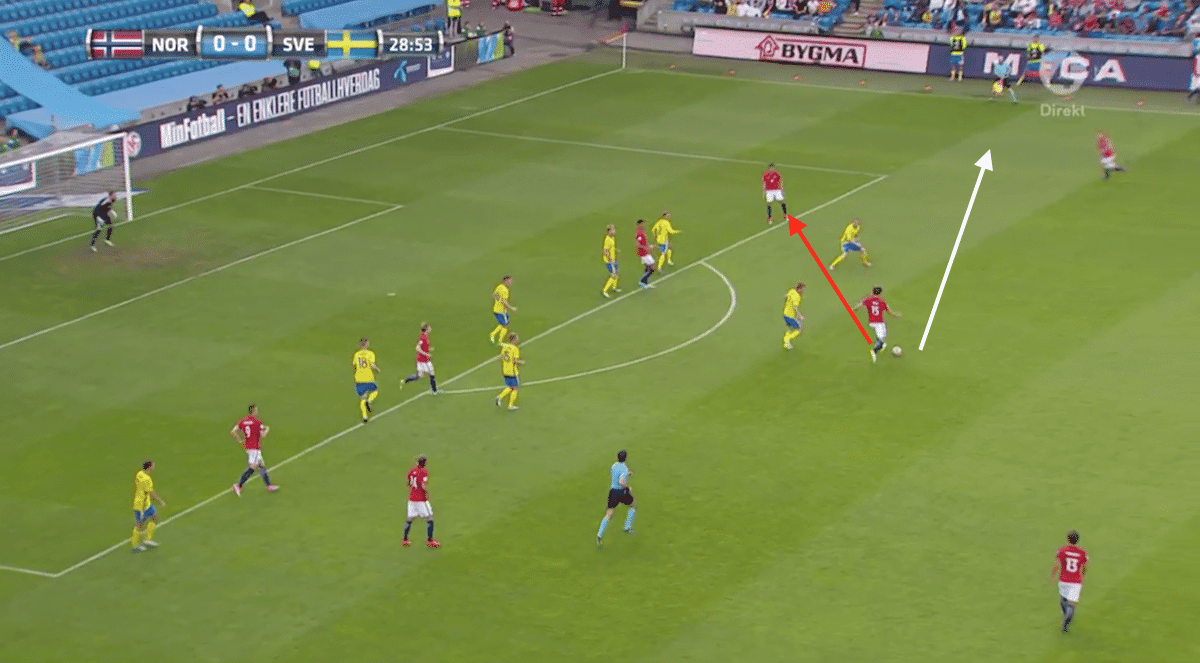 In the picture above you see the 19-year-old with the ball at his feet. There's a pass on, highlighted by the white arrow, to the man in space on the right. Some would opt to take this pass and the player on the right would whip the ball into the penalty area.

Norway have men in the box but so do Sweden meaning any cross into the area would have to be pinpoint to make it count.

Berge plays the pass highlighted by the red arrow. It's a pass many would spot but few would play because there are three opposition players within ten yards of the player receiving it and the chances of it being intercepted are high.

He executes the pass but the his teammate takes a heavy touch and his shot is blocked. It's positive to see Berge play it. 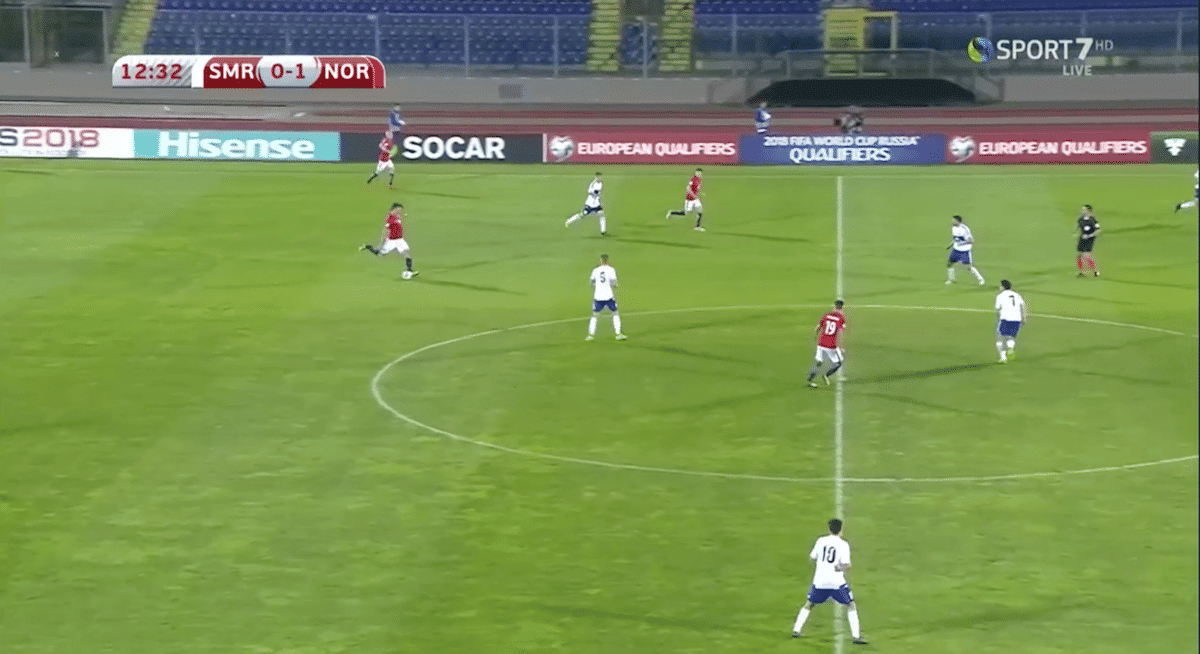 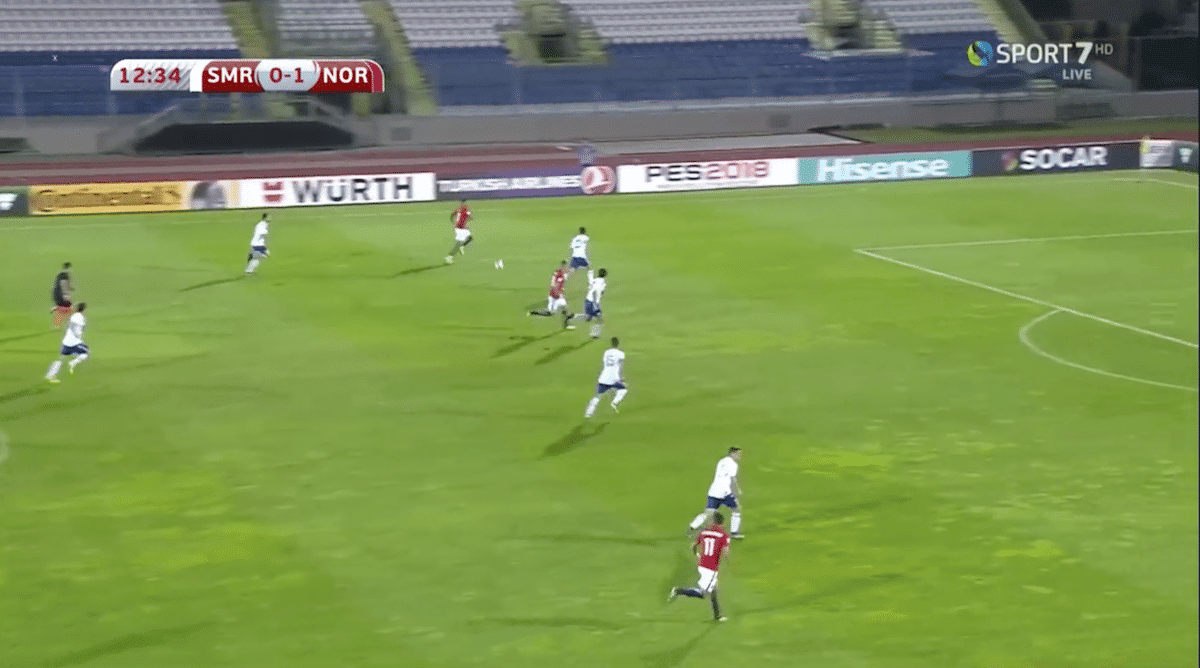 Here you see his vision. Berge drops deep to pick the ball up. He quickly turns so that he's facing the opposition's goal before playing a pass to the left channel. It's perfectly weighted and his teammate doesn't have to break stride to pick it up.

You often see players in deep areas trying to turn the opposition around and they fail to execute the pass properly despite it appearing to be seemingly easy. But Berge does it and the opposition are having to scramble to cover the space they'd left behind their defensive line.

He's shown he'd be useful in a team that dominates possession and pins the opposition back due to the fact he's confident enough to thread passes between the lines but that he'd also be handy in a counter-attacking system. 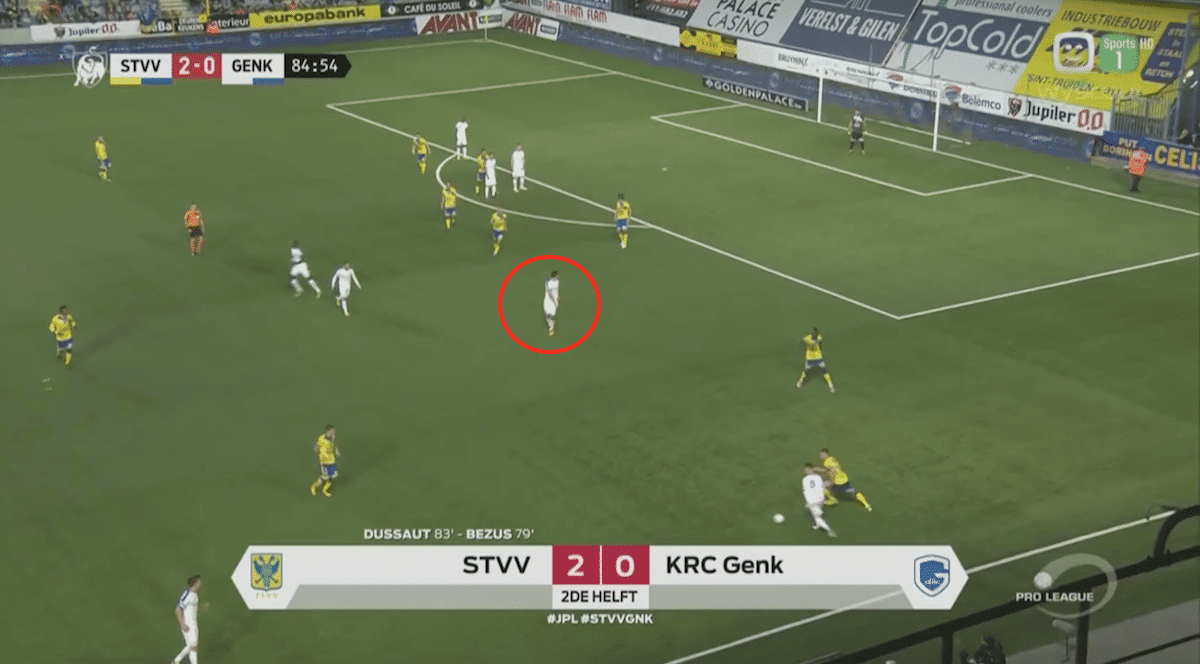 The picture above highlights what Berge has to offer defensively. You see him circled in red and he's looking at the space he has around him, anticipating his next move for when the ball is played to him. He's left his defensive midfield role and joined the attack. 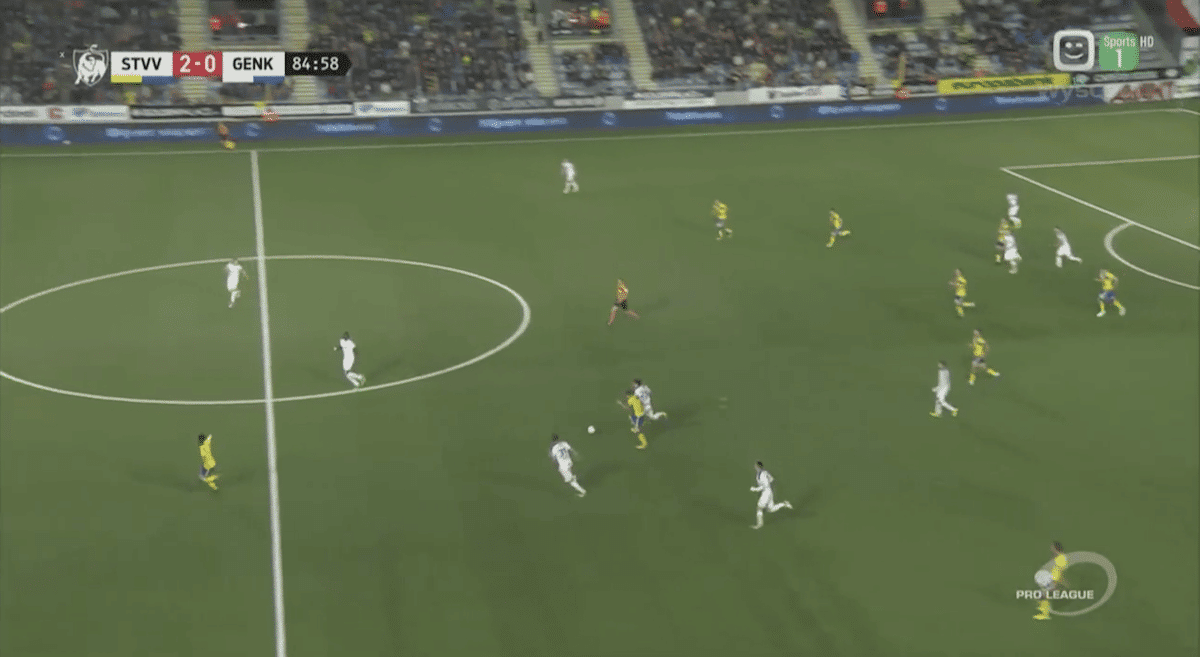 The pass never comes and possession is turned over. Berge immediately looks to win the ball back for his team and stop a potential counter-attack. He successfully does it, showing great acceleration, as well as desire, to get to recover.

People may claim he's out of position initially but players do roam. What's telling is his reaction.

What are Berge's weaknesses?

They're fairly obvious ones for a player of his age and not something interested clubs should be concerned about. His final pass when in an attacking position could be better at times but that could be down to the fact he's not been exposed to those situations enough just yet.

His positioning can sometimes be a little wayward but again it's something that will improve with experience. If he wants to play as a box-to-box midfielder in the long-term then his attacking output will have to improve. He's scored just the one goal in his professional club career and his shot selection leaves a lot to be desired.

Is he worth the hype?

Absolutely. Clubs shouldn't be put off just because he's plying his trade in the Belgian League. After all, many of the former Genk players are now considered to be Premier League stars and Ndidi continuously catches the eye for Leicester.

He's exactly the sort of midfielder almost all of the teams in the English top flight could use and he's not likely to break the bank. Genk reportedly want in the region of £20million for him, a bargain when you consider the fact he could be a stalwart in your midfield for the next decade.

Read More: Who is Josh Eppiah?