The last game to be played in the Top 16 phase of Copa Libertadores is the second leg of the Internacional vs Olimpia duel. After a scoreless draw in the first match, we expect to see another close game between these teams. Here's our preview of the game and our free betting tips:

Our top free betting predictions for Internacional vs Olimpia

If you can't seem to choose the right bet for Internacional vs Olimpia, check our top betting tips for this match right here:

Although Internacional is far from their best form, they are still favoured to win this game and our prediction is that they will do it. After all, they've already beaten Olimpia twice this season and they managed to get a draw against them in the first leg of the Copa Libertadores Top 16 phase. In addition to this, Internacional broke their five-game streak without a win in the Brazilian league over the weekend, so they are certainly in good mood.

Internacional and Olimpia to Draw at Half Time

While we expect Internacional to win the game, we don't expect an easy job. In fact, we think that the game could be equal at half time, just like the last two meetings between these teams. So, our next free prediction for this game is for Internacional and Olimpia to draw at half time.

Even though Olimpia averaged 3.86 goals per game in Copa Libertadores so far, which is pretty high for this competition, we don't expect to see many goals in this game. After all, the first leg ended without any goals at all and we expect the second leg to follow the same path due to the importance of the match. The teams will be focused on not conceding, so this match should go under 2.5 total goals.

Top stats and odds for Internacional vs Olimpia

If you wish to place a bet on the top Internacional vs Olimpia odds, check our selection of odds from a few different UK bookmakers:

Internacional vs Olimpia preview: Can Olimpia surprise us all?

It's been a poor season so far for Internacional, with the exception of reaching the Top 16 phase of Copa Libertadores. The team has been struggling in the Brazilian league since they are only 13th at the moment after 12 rounds have passed. Internacional did manage to win a game over the weekend in Serie A, so now they've got only one loss in the last five matches in all competitions. However, three of those five games have been draws, so Internacional is not exactly doing great yet.

The team that finished second in the Paraguayan Apertura was without a competitive match for more than a month, before their first-leg duel with Internacional. However, the Paraguayan Clausura started over the weekend and Olimpia lost their game in the first round at home to River Plate. All in all, Olimpia has three wins, one draw, and one loss in the last five matches across all competitions. 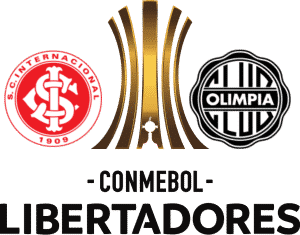