Romelu Lukaku’s career is at a standstill. His £75million move from Everton to Manchester United two years ago has not quite gone to plan, and a switch during this summer’s transfer window could be the most likely outcome.

For United and Lukaku, it has been a story of untapped potential. The Belgian forward has scored goals – 42 in 96 appearances over two seasons – but he has lacked consistency, lacked the confidence to sustain a run of form.

His impressive average of 0.51 goals per 90 minutes in the Premier League this season does not tell the full tale.

Since Ole Gunnar Solskjær’s arrival as manager in December, Lukaku has been largely on the periphery. Marcus Rashford has been the Norwegian’s main man, which suggests there may not be a regular place for Lukaku in United’s team next season.

The 26-year-old’s rich vein of form in late February and early March – he scored six goals in three games against Crystal Palace, Southampton and Paris Saint-Germain – hinted at a potential revival. But in his final eight appearances of the season, Lukaku failed to find the net.

Lukaku and United, then, appear to be an odd fit. A move might be what is needed to reinvigorate a stalling career, and there has been increasing talk of interest from Inter, where Antonio Conte is set to take charge ahead of the new Serie A season.

Solskjær – clearly keen to place an emphasis on pace and mobility in the final third – is reluctant to put his faith in Lukaku. But Conte, long an admirer of the former West Brom and Everton forward, likely sees him as the perfect striker with the required physicality to play at the head of his 3-4-1-2 system.

Lukaku thrives on quality service, but that has been patently lacking at United this season. That is unlikely to be the case should he become the focal point of Inter’s attack, with the likes of Ivan Perišić – should he remain at the club – and Matteo Politano delivering from wide areas. 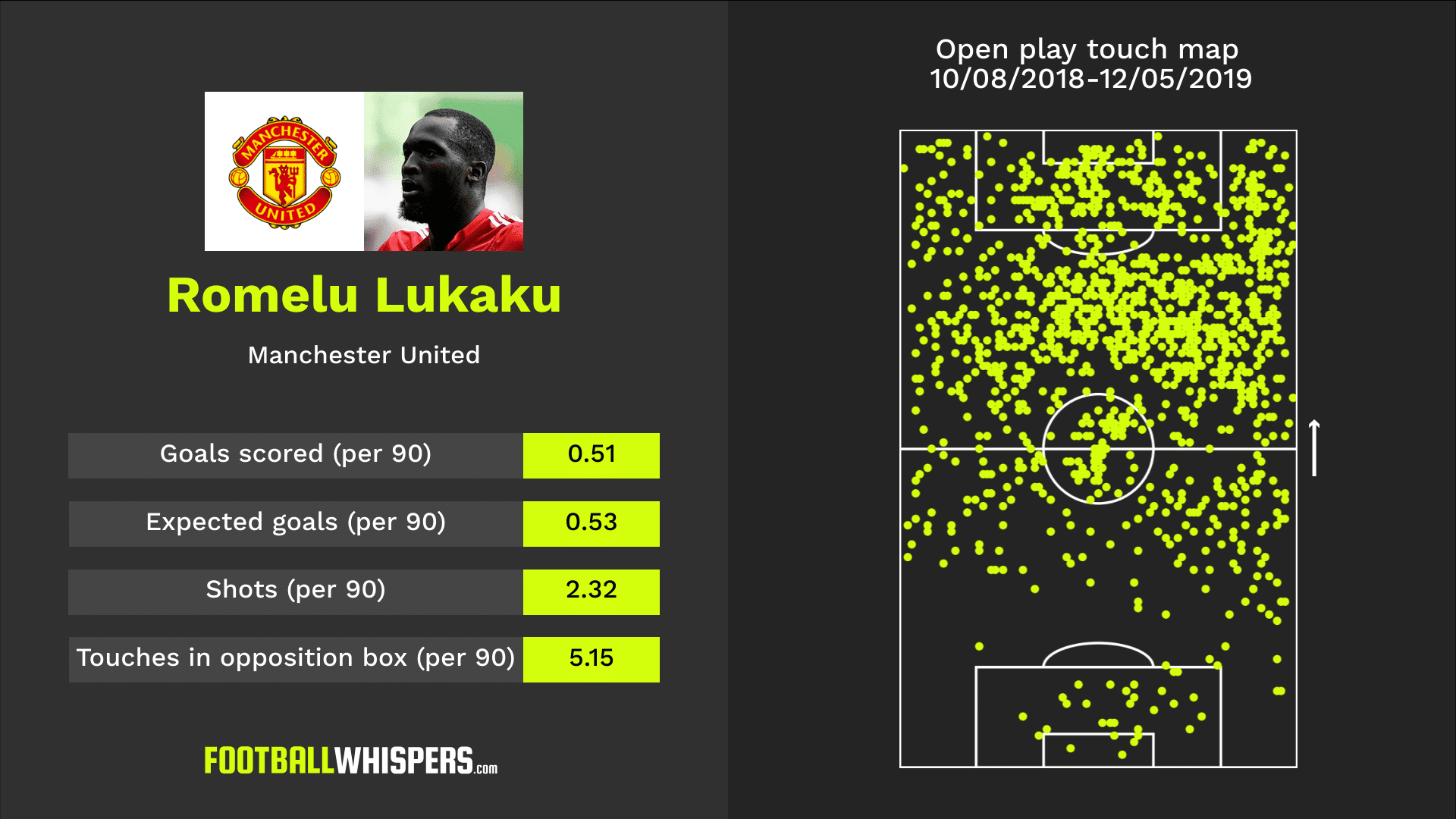 The potential arrival of Lukaku would raise more questions over the future of Mauro Icardi, although Conte, while at Juventus, played a 3-5-2 system, which could be utilised to make room for two out-and-out forwards.

The prospect of more regular game time, of Champions League football and a system more suited to his talents, will likely prove tempting for Lukaku. He has cut a frustrated figure at United this season, asked to perform a role he is not entirely comfortable with and too often cast aside after a barren goalscoring spell.

Conte wanted Lukaku when he was Chelsea manager, so the striker’s talents will certainly be more appreciated if he joins up with the Italian this summer. He will have the chance to turn the page, too, the opportunity to put this season behind him and focus on regaining his scoring touch.

“Playing in Serie A is a dream, it would be really a dream,” Lukaku said last month. “I hope to be able to play sooner or later even if at the moment I am focused on United.”

That dream may soon become a reality. Solskjær, in his attempt to rebuild and form a team in his image, will need funds. And Lukaku could be let go to facilitate more incomings.

The most obvious destination is Inter, where Lukaku could be given the foundation to rediscover his best form. In the right system, with a consistent stream of quality service, he is more than capable of scoring in excess of 20 goals. That is why this season’s return of 12 Premier League goals is so underwhelming.

For Lukaku, a change of scenery might be the best option. Inter and Conte, it seems, are set to hand him that opportunity.