Round 12 of Veikkausliiga action seems Inter Turku welcome the challenge of nemesis Lahti. It is Inter who are enjoying time in the Championship Group with a lead of six points over their rivals.

Recent meetings between Inter Turku and Lahti have been high-scoring affairs. Four of the last five engagements have seen three or more goals and this match is set to follow the pattern. It is evident from the scoring prowess of both sides with Inter scoring around two goals per match on average while Lahti managing just under a goal per game.

Duels between Inter and Lahti have seen them battle for bragging rights. Three of the most recent five interactions have seen both sets of goalscorers impress and get on the scoreboard. We expect it to be viewed again with as both sides enter this fixture with four of their last five matches apiece, concluding in a similar manner.

Inter Turku vs Lahti: Check out the best odds and the latest stats

Inter Turku vs Lahti: Check out the team lineups

There will be concerns in the Inter Turku camp as the team has seen three of their last four matches conclude in stalemates. Prior to this, they had seen all fixtures conclude with a definite result and not shared points. Against struggling Lahti, they will want to get over the line and improve their H2H record against them.

Traditionally, Lahti has made Inter Turku sweat against them. But not on give form. Barring wins in the Suomen Cup, Lahti are winless in five Veikkausliiga outings. This can be attributed to their inability to score freely and their pathetic defensive output which has seen them claim the third-word defensive record in the league.

Questions About Inter Turku vs Lahti 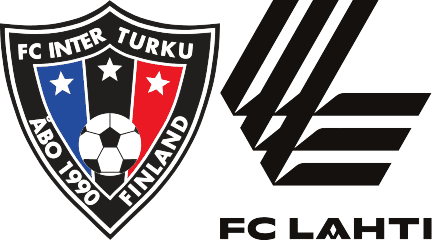 Where is the game being played? Veritas Stadion (Turku).