The Serie A leaders take on relegation battling Venezia at the San Siro on Saturday for a match that the odds suggest will end in an Inter Milan victory. The hosts are looking to extend their lead at the top of the table to 5pts, while defeat for the visitors could see them drop into the relegation zone.

Inter Milan needed the help of extra-time to beat Empoli in the Coppa Italia on Wednesday night. Sanchez put the hosts in front on the 13th-minute but two second-half goals thrust Empoli in front. Ranocchia was the hero of normal time, equalising in the 91st-minute and in extra-time, Sensi scored to secure Inter's place in the next round. As far as Serie A goes, Inter sit top by 2pts ahead of their local rivals AC Milan and with a game in hand.

Last weekend Venezia played host to Empoli in  Serie A desperate to secure a much-needed 3pts. Instead, the home side had to settle for a share of the spoils as they came back from a goal down in the first half to equalise in the 73rd-minute through Okereke. Venezia are just 2pts above the bottom three as things stand and could slip into the relegation zone this weekend.

Inter Milan: Joaquin Correa is the main injury concern for the hosts this weekend.

Venezia: Michael Svoboda is suspended, while teammate Tyronne Ebuehi is away at the Africa Cup of Nations. 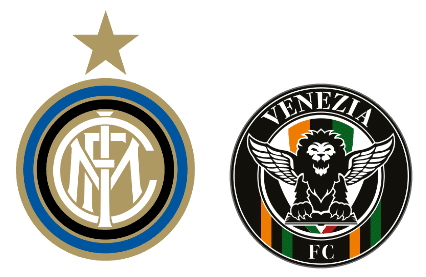