Many people will tune in to the Inter Milan vs Sheriff duel to see if the guests can surprise another big name in the Champions League. So, let's take a closer look at this match and what we can expect from it.

Our free predictions and tips for Inter Milan vs Sheriff

If you need some help to find the right bet for the Inter Milan vs Sheriff duel, check our top betting tips for this game:

Although Sheriff won the first two matches in the group, including a shocking win over Real Madrid in Spain, it's hard to see them getting out of this group. And while Inter Milan failed to win in the first two rounds, they are clear favourites in this match. They've seen what Sheriff is capable of and they will certainly take them very seriously, so our prediction is for Inter to win this game by two goals or more.

Sheriff has proven against Shakhtar and Real Madrid that they deserve to be here and that they have a good team. They've also shown that they are not afraid of the moment and that they will try to score a goal even as huge underdogs. We expect the same from them against Inter, so we expect both teams to score in this match.

Edin Dzeko to Score at Any Time

The Bosnian striker came to Inter over the summer to replace Lukaku, which was a tough task. However, Dzeko is proving more than capable of providing the same level of threat and he already scored six times in Serie A in just eight games. He, as well as Inter overall, is still waiting for his first goal in the Champions League and we believe he can find the net against Sheriff.

The best odds, stats, and more for Inter Milan vs Sheriff

If you want to find the best Inter Milan vs Sheriff odds, check our list of odds taken from the top betting sites in the UK:

Inter Milan vs Sheriff preview: Can Sheriff stun the Europe once again?

The Italian champions didn't start their Champions League campaign that well since they only managed to get a draw against Shakhtar, while the lost at home to Real Madrid in the first round. Meanwhile, the team is currently third in Italy, but they are already seven points behind Napoli and five points behind their city rival AC Milan. Brazao, Eriksen, and Sensi are all out at the moment with injuries.

The biggest surprise of this edition of Champions League comes from Moldova and it's called Sheriff. After beating Shakhtar in the first round, the team shocked the world when they got three points against Real in Madrid. While it's still early to say that there's a new Sheriff in town, this club has already shown more than enough to prove that they belong on the biggest stage. Belorusov will miss the next game due to an injury, while Bizjak and Kyabou are questionable. 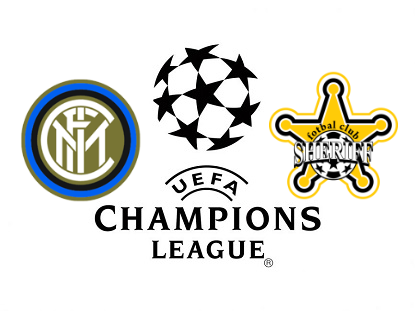