One of the two games in the upcoming Champions League round to be played in the earlier time slot on Wednesday is the Inter Milan vs Shakhtar, so check our preview of this game to learn more about it.

If you are not sure what is the right bet for Inter Milan vs Shakhtar, check our favourite betting predictions for this match:

While the first game between these two teams in Ukraine ended without a winner and without any goals, we expect a different outcome here. After all, the Italian champions are clearly the better team, they will be playing at home, and they are in great form with four wins in the last five games. Also, Inter needs this win to stay in the race for the top spot in the group, while Shakthar has already been eliminated. So, our prediction is for Inter to win this game by two or more goals.

Inter Milan to Win to Nil

The last four h2h duels between Inter Milan and Shakthar have ended with the Ukrainian team failing to score. Granted, Inter only won one of those four matches, but the situation at this moment looks ideal for the Italian champions to win this game and keep a clean sheet against a team who only scored one goal in their four matches in the group.

Edin Dzeko to Score at Any Time

The forward from Bosnia and Herzegovina has been in good form for Inter Milan in Serie A this season, scoring seven goals in twelve games. However, Dzeko didn't do as well in Champions League where he only scored once in the four games he played in. So, it's about time for him to start netting in the Champions League too and the game against Shakhtar at home seems like a great opportunity.

The best odds, stats, and more for Inter Milan vs Shakhtar

If you are trying to find the best Inter Milan vs Shakhtar odds, check our selection of odds from the finest UK bookmakers:

Inter Milan vs Shakhtar preview: Can Shakhtar surprise us all?

The Italian champions have done well so far this season in both Serie A and Champions League. The team is currently third in Serie A, four points behind Napoli and AC Milan. Meanwhile, Inter is in the second place in their CL group at the moment and they could probably secure one of the first two spots with a win over Shakhtar. Sanchez, de Vrij, and Eriksen will miss the upcoming match with injuries.

While Shakhtar is in great form in their domestic league where they are sharing the top spot with Dinamo Kiev and where they've won five games in a row, they are not doing that well in Champions League. The team from Donetsk only managed to collect one point so far in the group and they have already said their goodbyes to the further competition. Dentinho, Moraes, Traore, and Konoplyanka are all on the team's injury list at the moment. 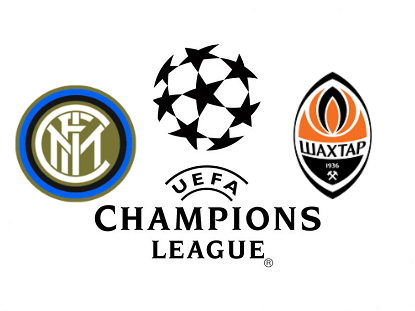