Perhaps the most interesting match in the first round of the new Champions League season is the Inter Milan vs Real Madrid duel. So, check our preview of this game to learn more about it and to get some free betting tips.

If you are looking for the best Champions League betting tips, you've come to the right place. So, check our top predictions for the Inter Milan vs Real Madrid duel:

The two European giants were pitted against each other last season as well in Champions League in group stages and Real Madrid won both of those matches. In fact, Real Madrid won all three of the most recent matches against Inter Milan. However, Inter ended the dominance of Juventus in Italy last season and they started the new season in good form as well. They are also the hosts in this game, so a draw sounds like the most reasonable outcome to us.

While both teams scored in just one of the last three head-to-head duels between these two teams, we expect this to happen in their upcoming match. The reason lies in the fact that both teams have scored in two of the three Inter Milan matches in Serie A this season, as well as three of the four games played by Real Madrid in La Liga since the season started.

Since we expect Real Madrid to score at least once, our next prediction is for Karim Benzema to score a goal in this match. If Real Madrid scores, chances are it's Benzema, at least in the last couple of seasons. The French striker was the team's top goalscorer last season and he has already scored five goals in the first four matches in La Liga. So, we like the chances of Benzema netting a goal against Inter Milan.

Top stats and odds for Inter Milan vs Real Madrid

You can find the best odds and stats for the Inter Milan vs Real Madrid matchup right here on our website, so check them out:

Inter Milan vs Real Madrid preview: The most anticipated duel of the round

After ending the dominance of Juventus in Serie A last season, the current Italian champions suffered a lot of changes this summer, including the losses of Lukaku and Hakimi. Still, Inter started the new season in Serie A well, with a couple of wins and a draw in the first three rounds. Brazao, Sensi, and Eriksen are out of the upcoming duel with Real Madrid due to injuries, while Bastoni is questionable for this match.

Ending a season without a trophy is not a common occurrence at a club like Real Madrid, so it was clear that some changes had to be made after this happened last season. Zinedine Zidane paid the price and was replaced with Carlo Ancelotti, the experienced Italian manager who coached at Real Madrid before. Real Madrid started the new season with three wins and a draw in La Liga, so they seem to be in good form at the moment. However, they will be without Bale, Ceballos, Kroos, Marcelo, and Mendy against Inter Milan.

The most common questions for Inter Milan vs Real Madrid 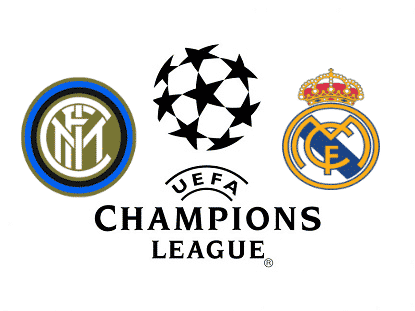