Table-toppers Napoli face one of their toughest test of the new Serie A season so far as they look to defend their unbeaten run away at the champions Inter Milan. Inter Milan need a win this weekend to reduce the game between the two clubs to 4pts but the home side have some injuries affecting key first-team players.

Here are our predictions for Inter Milan vs Napoli.

Napoli have made a fantastic start to the new season and are yet to taste defeat in any of their opening 12 matches. We're backing that unbeaten run to continue this weekend despite the fact that Inter Milan provide the opposition. The pair drew their last encounter 1-1 back in April and Inter Milan have dropped points in five of their 12 league games so far this season.

We expect this game to be tight and tense throughout and have backed under 2.5 goals to be scored as that has been the case in each of the duo's last five head-to-heads in all competitions. Under 2.5 goals have also been produced in four of the host's last five fixtures and in three of Napoli's last five matches, so you can see why we're not expecting any kind of goal-fest this weekend.

In terms of a final scoreline, we're backing a 1-1 draw on Sunday. Inter are strong in their own backyard and these two teams played out a 1-1 draw when they last met. However, Napoli are yet to lose in Serie A this season and look full of confidence, while Inter Milan have some injury concerns that will have an impact on how they perform on Sunday.

Can Inter Milan end Napoli's unbeaten start to the season?

Inter Milan went up against their local rivals AC Milan before the international break. Everyone expected this game to be tight and tense and that's just how the 90-minutes played out. Inter actually took the lead via an 11th-0minute penalty from former AC Milan midfielder Calhanoglu but an own goal from de Vrij made it 1-1 shortly after. The second half was even tighter and the game, in the end, fizzed out to a 1-1 draw. That result only helped Napoli in the end as the league leaders didn't lose any ground in the race for the Serie A title.

Napoli would have been expecting to beat Verona, especially in their own backyard, but instead, they had to settle for a share of the spoils. An early goal from in-form Verona striker Simeone put the visitors in front but Di Lorenzo equalised for Napoli just 5-minutes later. There were no more goals in this game, despite the best efforts of the home side, but luckily for Napoli AC Milan and Inter drew as well.

Napoli: defensive midfielder, Diego Demme, is the main injury concern for the visitors ahead of the trip to Milan. 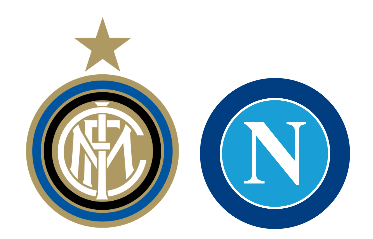