Inter Milan begin life after Conte and Lukaku at home against Genoa side that they usually beat with relative ease. The visitors are one of the sides expected to struggle this season and their chances of finishing any higher than last season's placing of 11th looks unlikely.

Serie A champions Inter Milan have won each of their last six encounters against Genoa without conceding a single goal in the process. Last season Inter beat Genoa 3-0 at home and 2-0 away and we're backing the Italian giants to secure another win-to-nil on Saturday.

Under 3.5 goals have been scored in the last three meetings between these two clubs and with Inter Milan losing last season's top goalscorer Lukaku to Chelsea, we can't see the hosts winning this game by more than three goals to nil.

Inter Milan haven't conceded a goal against Genoa in any of the pair's last six encounters. The hosts have made a habit of thrashing Genoa in recent seasons with just one of their last six games against Saturday's guests producing under 2.5 goals. However, with Lukaku leaving the club Inter have lost their main goalscorer and that is why we have only backed them to win 2-0 this weekend.

All you need to know ahead of Inter Milan vs Genoa

Inter Milan cruised to the Serie A title last season, finishing 12pts clear of their local rivals AC Milan, but it will be interesting to see how they perform following the departure of their manager Conte and top goalscorer Lukaku. The champions begin the new season at home against a Genoa side they usually beat with relative ease and it will be interesting to see how new signings Dzeko, Calhanoglu and Dumfries perform. Obviously, the hosts will be without Danish midfielder Cristian Eriksen due to a heart problem but he may still return to football and that in itself is fantastic news.

Genoa finished in mid-table last season but were closer to the relegation places than the European qualifiers, so this could end up being a tough season for the club. Veteran forward Pandev will be in line to play against his former club this weekend but Zinho Vanheusden, who is on loan from Inter, won't be available for selection. On paper, the Genoa squad certainly has enough quality to avoid being relegated this season but we are expecting them to flirt with the danger zone.

Your Questions – Inter Milan vs Genoa 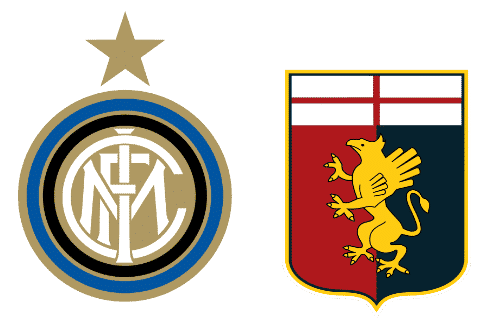