Both of these teams sit on 7pts in the Serie A table after three games and while Inter Milan are the hosts and favourites, we're expecting a close and competitive 90-minutes between the two clubs.

We've backed under 3.5 goals to be scored in Saturday's clash despite the fact that both teams have been involved in their fair share of high-scoring games of late. Only one of the last six meetings between Inter Milan and Bologna have produced over 3.5 goals and both of Bologna's last two outings have also witnessed fewer than four goals scored.

Both teams have found the back of the net in three of the last four encounters between Inter and Bologna, and we're expecting more of the same from the pair this weekend. Inter Milan's last two outings have seen both teams score while three of Bologna's last five fixtures have also produced goals at both ends of the pitch.

As we're expecting a close and competitive 90-minutes between these two teams, we're backing the half-time scoreline to be level. Inter Milan drew their last game against Sampdoria despite being the better team for the majority of the match and Bologna's last away trips also ended all square.

Everything you need to know about Inter Milan vs Bologna

Inter Milan twice took the lead away at Sampdoria last weekend but only managed to secure a single point for their efforts. Dimarco scored a fantastic free-kick from the edge of the box to hand Inter the lead Martinez popped up just before the break to reestablish the visitor's one-goal advantage after Yoshida had scored a scrappy equaliser. Just minutes into the second forty-five, Sampdoria equalised for a second time through Augello and despite making changes, Inter could not carve out a winning goal.

A solitary second-half strike from Svanberg proved enough to hand Bologna a 1-0 home win over Verona last time out, extending the host's uneaten start to the new campaign. Saturday's guests have won both of their home games this season as well as picking up a point away at Atalanta, so Inter could be in for a difficult 90-minutes this weekend.

Inter Milan: both Stefano Sensi and Gabriel Brazao have knee injuries that are expected to keep them out of action until late October.

Bologna: the visitors have no fresh injury concerns or suspended players following their 1-0 win over Verona last time out. 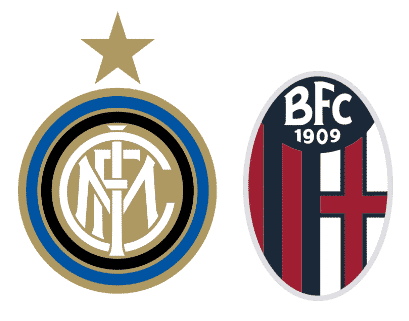