Inter Milan's defence of the Serie A title has started very well as the club have secured 13pts from their opening five fixtures. Next up for Inzaghi's men is a potentially tricky home game against an Atalanta side that were one of the stand out performers of the previous campaign.

Our Best Bets for Inter Milan vs Atalanta

Here are our predictions for Inter Milan vs Atalanta

We're expecting to see both goalkeepers picking the ball out of their net this weekend as that has been the case in three of the last six league meetings between these two clubs. Both teams have also scored in four of Inter Milan's last five outings in all competitions, as well as in four of Atalanta's last six matches in league and cup, so you can see why we have backed BTTS on Saturday.

This fixture has produced a lot of goals in recent seasons but we're backing over 2.5 goals to be scored this weekend. At least four goals have been scored in five of Inter Milan's last six matches and over 2.5 goals have been produced in four of Atalanta's last six fixtures, three of which have ended in 2-1 scorelines. Both teams have found clean sheets hard to come by this season, which bodes well for our prediction of at least three goals going in on Saturday.

In terms of a final scoreline, we're backing Inter Milan to edge this game and claim all 3pts via a 2-1 win. Three of Atalanta's last six matches have ended 2-1 and with Inter failing to keep a clean sheet in any of their last five matches, we believe that the visitors will get on the scoreboard this weekend. However, Inter have outperformed their guests so far this season and have only failed to score more than one goal in one of their last six fixtures.

Inter Milan went behind at Fiorentina last time out but recovered really well in the second half and ended up running out 3-1 winners. Darmian equalised early in the second forty-five and just 3-minutes later Dzeko put Inter Milan in front. Perisic secured all 3pts for the visitors when he made it 3-1 with just 3-minutes left of the ninety. That result moved Inter Milan to the top of the table on 13pts but they could find themselves in 2nd-place if Napoli win their midweek match.

Goals from Gosens and Zappacosta helped Atalanta to a narrow 2-1 win at home to Sassuolo and while the visitors aren't scoring a lot of goals so far this season, they have become more economical in front of goal and their results have started to pick up. Atalanta challenged for the Serie A title last season and made it through to the Coppa Italia final, so there is pressure on the visitors to end their trophy drought this season.

Inter Milan: Vidal, Correa, Sensi and Brazao could all miss Saturday's clash with Atalanta due to injury.

Atalanta: Muriel and Hateboer are the main injury concerns for the visitors this weekend. 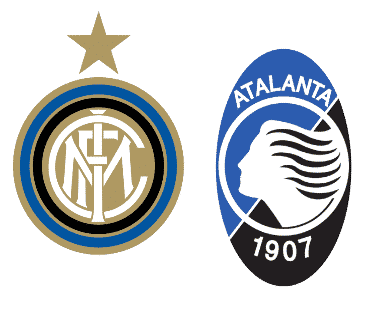