While the Catalan tactician, predictably, would not be drawn on specific names, he did mention, in addition to perhaps bolstering his attacking options, he intends to replace Yaya Touré, who will leave the club this summer.

Now, one of the players being tipped to fulfil that role at the Etihad Stadium is Barcelona captain Andrés Iniesta.

Already confirmed to be departing Barça, the only club he has ever represented, at the end of the current season, Inietsa was believed to be all set for a lucrative move to the Chinese Super League.

However, the 34-year-old playmaker, who will first take part in the World Cup with Spain, is being linked with a switch to City, where he would be reunited with Guardiola.

The pair worked together for four seasons at the Camp Nou, between 2008 and 2012, winning three La Liga titles and two Champions Leagues, among other honours.

Next to Xavi and Sergio Busquets, Iniesta formed a key part of arguably the greatest midfield trio ever assembled.

While Touré played fewer than 300 Premier League minutes this season and thus would not need replacing with someone who would contend for a regular place, Guardiola would surely value the experience, leadership and continual brilliance Iniesta could offer. 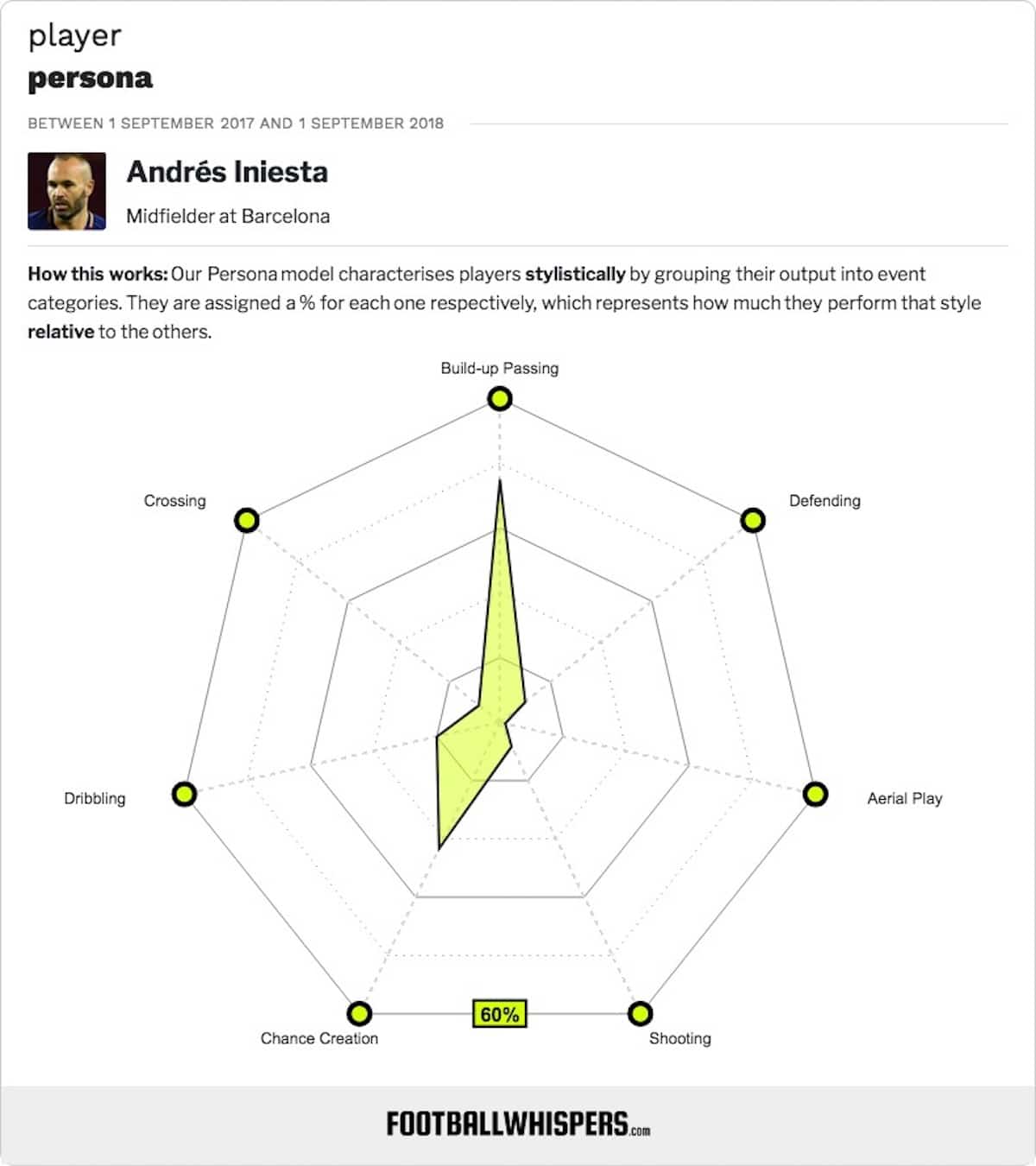 As the above Football Whispers Player Persona graphic shows, Iniesta's game is all bout creativity and control, attributes that would see him fit right in at City, where Guardiola's has gotten the best out of Kevin De Bruyne and David Silva's similar strengths.

Although his ageing legs might struggle to reconcile with the pace and physicality of the Premier League on a weekly basis, Iniesta would be perfect for a supporting role as the 100-point champions look to build on the immense success of 2017/18.

What's more, the legendary Spanish playmaker, who is applauded by rival fans all around his home country thanks to having scored the winning goal in the 2010 World Cup final, has played a frankly staggering 1760 minutes for Barça this term.

Even accounting for the added physical demands of the English top flight, he could still conceivably be relied upon to turn out for at least half that amount of playing time next season. 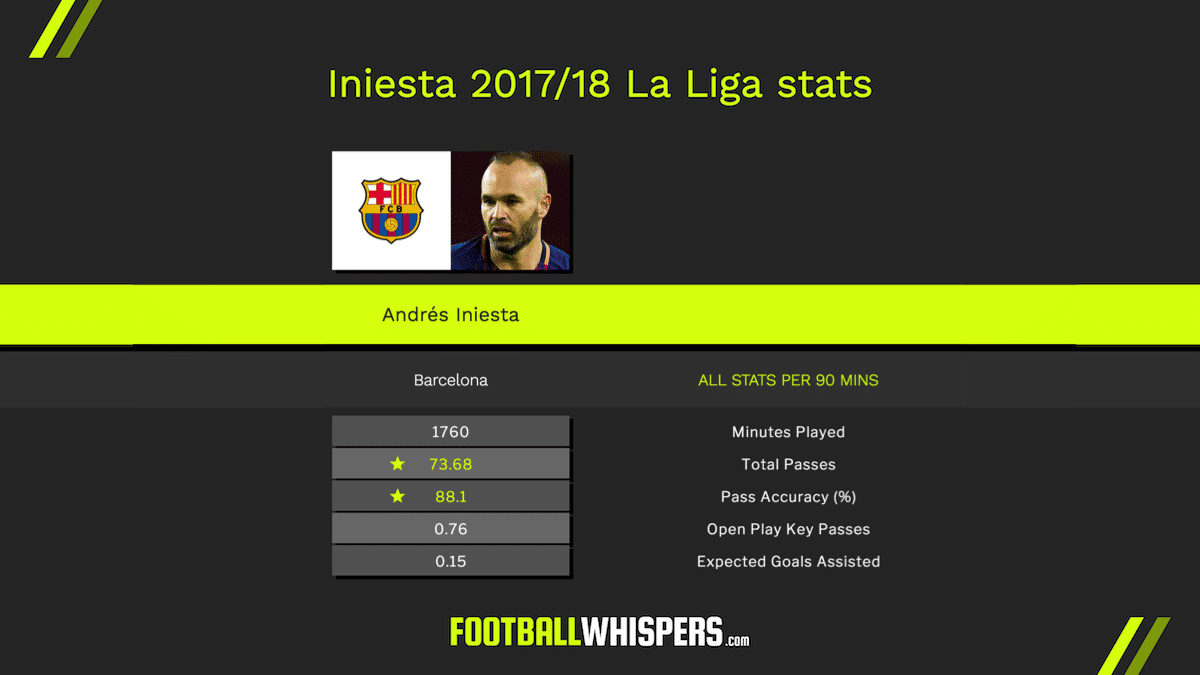 His knowhow and chance-creating skills would be valuable for City, too. Reserving his magic for late on in key encounters, bringing him off the bench as a ‘closer' to see out results or inspire fight-backs, Iniesta's contribution could be significant.

And having a player of his experience and quality would only be a positive influence around the club's Carringtion training ground, where his vast knowledge of the game, and specifically how Guardiola likes it to be played, could rub off on everyone in sky blue, from the young prodigies to the older heads.

Available for free, Iniesta would be the perfect short-term fix to keep City's winning machine rolling on.