VfL Osnabruck travels to the Audi Sportpark to take on the challenge of Ingolstadt for the first leg of the 2. Bundesliga playoff on Thursday, May 27. This article gives you all the necessary information required to place a bet on this game.

Always remember to check your bet slip carefully before you place your final bet. The odds are subject to change at all times, and it can happen without notice. Our recommended bookmaker for this match is Ladbrokes.

It is a do-or-die time for both FC Ingolstadt and VfL Osnabruck. Ingolstadt can claim their first-ever placement in the 2. Bundesliga, while Osnabruck look to avert the indignity of demotion to the third division in the round 122-year-old history. The odds are in favour of the hosts, who are unbeaten in eight competitive outings. Meanwhile, Osnabruck enters the fixture on the back of six defeats in their last ten matches. In their most recent meeting in 2018, it was the host who claimed bragging rights, securing a 1-0 victory in a club-friendly.

Their last meeting ended in 1-0 for Die Schanzer but it should not be used as a gauge for their upcoming meeting. Despite impressing in front of the goal, Ingolstadt have conceded goals against their rivals. VfL Osnabruck will look to exploit this weakness in their claim for 2. Bundesliga continuity. Despite a losing record in their final fixtures, they managed to score ten goals in the final five fixtures of the campaign.

Osnabruck's ten goals at the tail end of the season are matched by Ingolstad's twelve in the third division. Die Schanzer have averaged 2.7 goals per match for the duration of the campaign, while the travelling Osnabruck average 2.5. Moreover, the last five matches involving the Lilac-Whites have seen three or more goals. With both impressing in attack in recent weeks whilst struggling to keep rivals at bay, the Over 2.5 goals prediction should come true.

Ingolstadt vs Osnabruck: Check out the best odds and the latest stats

Vfl Osnabruck required three points on the final day to secure 2. Bundesliga survival. After taking the lead in the first half, their defence let them down. Two goals in the final half-hour of the season cost them the game against Aue. Their fate now hangs in balance with the relegation play-off lottery. Nevertheless, Markus Feldhoff will fancy his side's chances with their increased propensity to score despite being on the losing side far too often.

The culmination of the 2020/21 3. Liga campaign saw FC Ingolstadt claim their best-ever finish. They can add icing on the cherry with promotion to the second division with a play-off victory over Vfl Osnabruck. It will be a tougher task for Die Schanzer given their lack of experience in knockout fixtures at the highest level. Tomas Oral has his work cut out for himself with their rivals two of their last three fixtures. 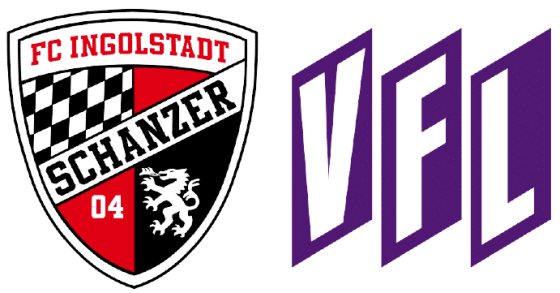 Where is the game being played? – At Audi Sportpark.