Newly promoted Ingolstadt suffered a heavy defeat in their first match of the season and will be demanding a much better performance in front of their own fans this weekend. Heidenheim provide the opposition and they are still searching for their first win of the campaign after playing out a goalless draw with Paderborn.

The last time Ingolstadt played host to Heidenheim the pair played out a draw and we're predicting another stalemate this weekend. The hosts have only lost one of their last six competitive and non-competitive matches against Heidenheim. Ingolstadt also drew their last home game against Greuther Furth and Heidenheim haven't won any of their last three away games in all competitions.

Each of the last three encounters between these two clubs have ended with both teams getting on the scoreboard and we're expecting both sides to find the back of the net on Saturday. The hosts have only failed to score in one of their last five matches, while Heidenheim have scored in three of their last five outings.

In terms of a final score, we're backing this game to end in a 1-1 draw. Heidenheim have been involved in a lot of low-scoring games of late and we can't see them scoring or conceding more than one goal this weekend. Ingolstadt will be out to prove a point on Saturday and if recent history tells us anything about this particular fixture, it's that both teams will score.

Everything you need to know for Ingolstadt vs Heidenheim

Ingolstadt go in search of their first points of the season

Ingolstadt did well to defeat Osnabruck over two legs to reach the 2. Bundesliga this season but their display against Dynamo Dresden on the opening day was disappointing, to say the least. Dresden had the home advantage and controlled the game from start to finish, opening the scoring through Daferner 4-minutes from the half time whistle. The same player made it 2-0 in the 56th-minute and Morschel netted a third to put the result beyond doubt. Ingolstadt know they must improve this weekend as losing can become a habit.

Heidenheim will have been the happier of the two clubs to come away with a point from their goalless draw with Paderborn last week, as they could have lost the game. Both teams ended the match with three bookings apiece but in truth, this is a match that won't live long in the memory. Heidenheim will be aiming for a top-half finish this season and need to pick up wins against the likes of Ingolstadt in order for that to be achievable. 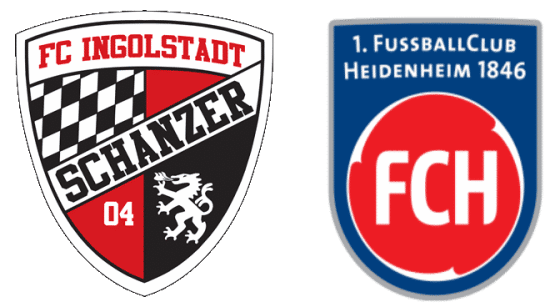