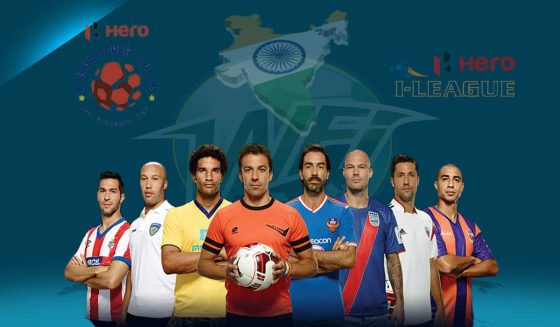 We've all been there – checking out the games in the smaller competitions out of boredom on a day with not much going on. Placing a bet on one of those exotic premierships is somewhat risky but also quite intriguing. In this article, you will find betting tips designed to elevate your endeavor in the Indian Super League.

Here for your comfort and quick-access, we've compiled our predictions in a single chart. If you are interested in the analysis behind those picks, make sure to check down below. Also, remember that odds are subject to change, and you should always check carefully before placing a bet.

Being just seven years old, the ISL has given us pretty conflicting results, which make it extremely hard to predict anything; however, we've got it figured out for you. The Indian Super League consists of a regular season followed by playoffs, so some of the suitable markets are regarding the winners of the league and the playoffs. In this championship, though, finishing on the top spot can be considered a curse. Only once in the ISL's history has the first ranked side at the end of the campaign went on to win the playoffs. This happened in 2018/2019 with Bengaluru.

The current title-holders are ATK, and it looks like they continue to be the biggest contender for the silverware. If the club manages to snatch the 2020/2021 season, it will become the first side that has won the Indian Super League in a consecutive fashion. ATK's form hasn't fallen off after a successful campaign last year, meaning they will continue to go strong.

Mumbai City is a side that has something to say about the ranking. In 2019/2020, the team was left out of the playoffs after finishing 5th, with their last two matches being losses that kept them out of the top 4. This year the Mumbai City squad looks determined and has started the campaign gorgeously. They will surely be the most motivated for a top 4 finish side, and on top of that, they are able to achieve such a feat.

A team that previously was, but it seems like it won't be featured in the current playoffs is Chennaiyin – one of the sides that kept Mumbai out of the playoff securing positions in the last rounds of the previous season. After managing to reach the playoff finals but ended up runners-up, it seems like Chennaiyin wasn't moved. In the current season, they lack motivation and a decent goal-scoring record. If the team cannot change its play quickly enough, they will be looking to qualify for the 2021/2022 playoffs.

The Indian Super League generally sees somewhat low-goalscoring results, with around 65% of the games finishing with Under 2.5 goals. You can take advantage of these betting odds but take a note – stay away from the Under market during the playoffs as the games are of much greater value, and the sides are ready to give it all. This usually results in lots of goals during the two-legged knockout phase. In the 2019/2020 playoffs, there has been just a single game out of five that ended-up with under 2.5 goals.

Our predictions include another market that you will be able to benefit from – the over/under corner market. The Indian Super League games rarely see tons of corners, with most games concluding with 6-8 corners on average. Note that the odds are subject to quick change for this market, in particular, so you should always act cautiously when placing a bet. If you had taken the Under 10.5 Corners bet in the current season, you would've hit in nearly 80% of the games played so far.

Bookmakers to bet on the Indian Super League

Looking for bookmakers to place bets following the betting tips that we provided? In this section, we will list some of the bookies that have the option to wager on the Indian Super League.

Pinnacle – One of the bookies with the best ISL odds. Pinnacle offers the most wanted markets with an astounding number of alternative markets as well. This includes first half bets, extensive corner markets, and intriguing team special bets to choose from.

William Hill – A credited bookie, one of the biggest betting sites in England and Scotland especially. William Hill always offers a nice amount of betting options for exotic leagues, so it's no surprise to find it in an article about the Indian Super League.

PaddyPower – PaddyPower's strength comes in their mixed lines on the ISL. For example, the 1X2 & Over/Under Goals line which can rarely be seen for lesser-tier championships. Also, they have the high-paying HT/FT correct score, which consists of odds all the way from 30x to 100x.

FAQ about the Indian Super League

What's the format of the Indian Super League? – The Indian top-flight uses the so-called Apertura-Clausura format, which consists of a regular season followed by playoffs.

How long is a single Indian Super League season? – Around five months. The competition begins in November and ends in March.

How many teams participate in the Indian Super League? – At the time of its founding, the league consisted of just eight teams, but the number has increased to ten since the beginning of the 2017/2018 season, and for the current season, there will be eleven teams.

Which are the newly-promoted teams? – There are none. The ISL has never seen a team promoted nor relegated. Instead, the league chooses to grow through expansion, similar to how the MLS operates.

Which team has won the ISL the most times? – With three league titles, ATK, formerly known as Atlético de Kolkata, is the most honoured outfit.

Have any star players been performing in the ISL? – The ISL employs the marquee player rule, which allows the teams to get a hold of a player who's considered a star for a single season. Roberto Carlos, Nicolas Anelka, Diego Forlan, Florent Malouda, Dimitar Berbatov, and others have all played in India.

Best Football Betting Sites in the UK for (Jan 2021)

Betting calculator: Use an odds converter to work out your returns

Beat the bookies: is there a winning strategy?

Bet365 App: How to Download the Android & iOS on your mobile