They had probably envisaged sealing it via yet another stroll to victory to further emphasise their domestic dominance, rather than having it handed to them by Manchester United‘s shock defeat at home to West Bromwich Albion on Sunday afternoon, but Manchester City have now clinched their third Premier League title.

It had been coming for months. Almost as soon as the season had begun, City were setting the pace, dispatching all in front of them with relative ease, eye-catching grace and complete control.

From the outset, Pep Guardiola's men had the makings of a side set for a record-breaking campaign. And, while Liverpool denied them both an unbeaten Premier League season and a place in the Champions League semi-finals, City have delivered.

Fans can, and will, argue until they are blue in the face over this City team's position among the greats of the Premier League era, or their ranking in the annals of English football history, but their sheer dominance cannot be denied. And the numbers don't lie.

With his Barcelona-honed philosophy and the quality of players he's been furnished with at the Etihad, everyone expected that Guardiola would implement a possession-heavy approach at City. But many doubted just how well the Catalan's methods would translate in the more physical and direct English game. 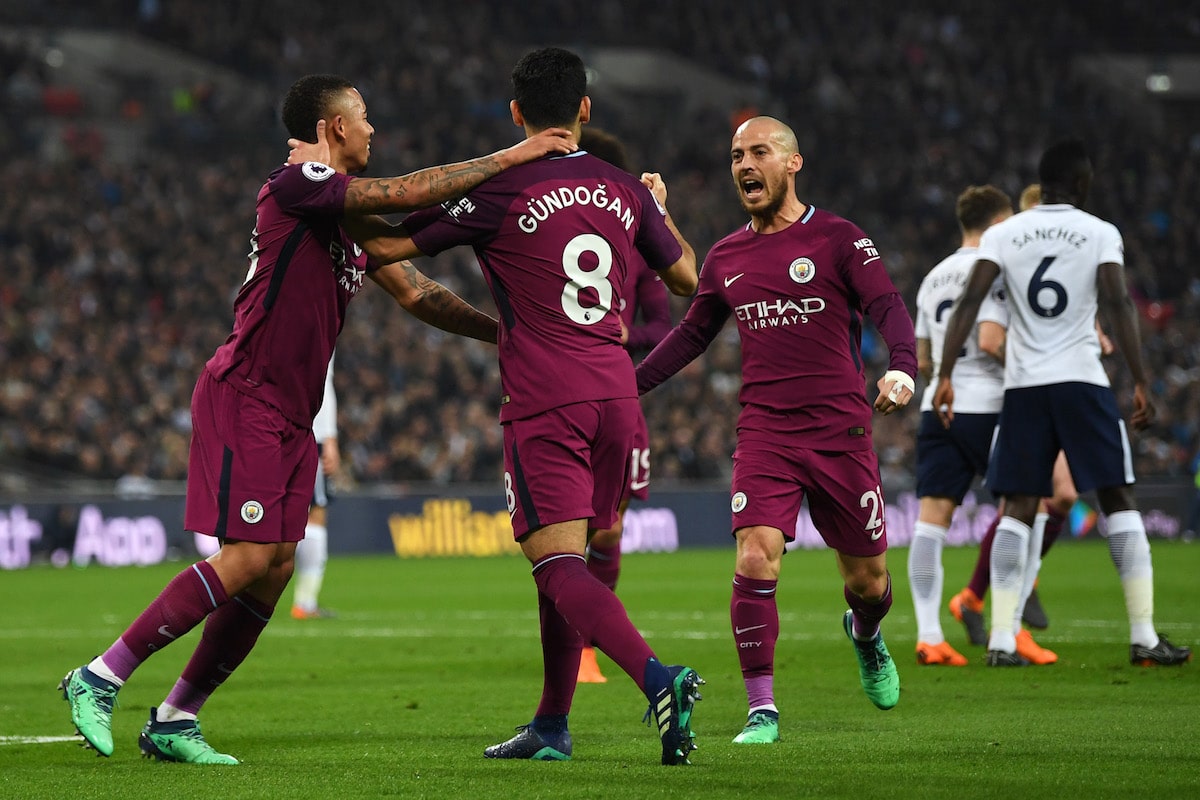 It is unfair to characterise the former Bayern Munich boss as a cantankerous idealist – he has shown in Germany and now the Premier League his willingness to add new wrinkles to his system. But the overriding principles of his style do not waver.

As such, unsurprisingly, City dominate the possession statistics for the season: they have enjoyed the greatest average share of possession (65.9 percent), the highest pass accuracy (88.8 per cent), and have played more passes than anyone else (24,193), almost 4,000 more than second-ranked Liverpool.

Digging deeper into City's possession statistics we see that, in addition to having the longest average possession duration in the league (18.08 seconds), they also have the lowest average for possession duration allowed, meaning their counter-pressing makes them incredibly efficient at winning the ball back quickly. Their average of winning possession 5.25 times per game in the attacking third is another league best, too.

They have also produced the most thrilling attacking football in the top flight this term, putting their possession to good use by filtering the ball wide to the likes of Raheem Sterling and Leroy Sané, whose dynamic wing play has been a feature of City's devastating front-foot approach, and slicing through teams thanks to the sharp creative skills of Kevin De Bruyne and David Silva. 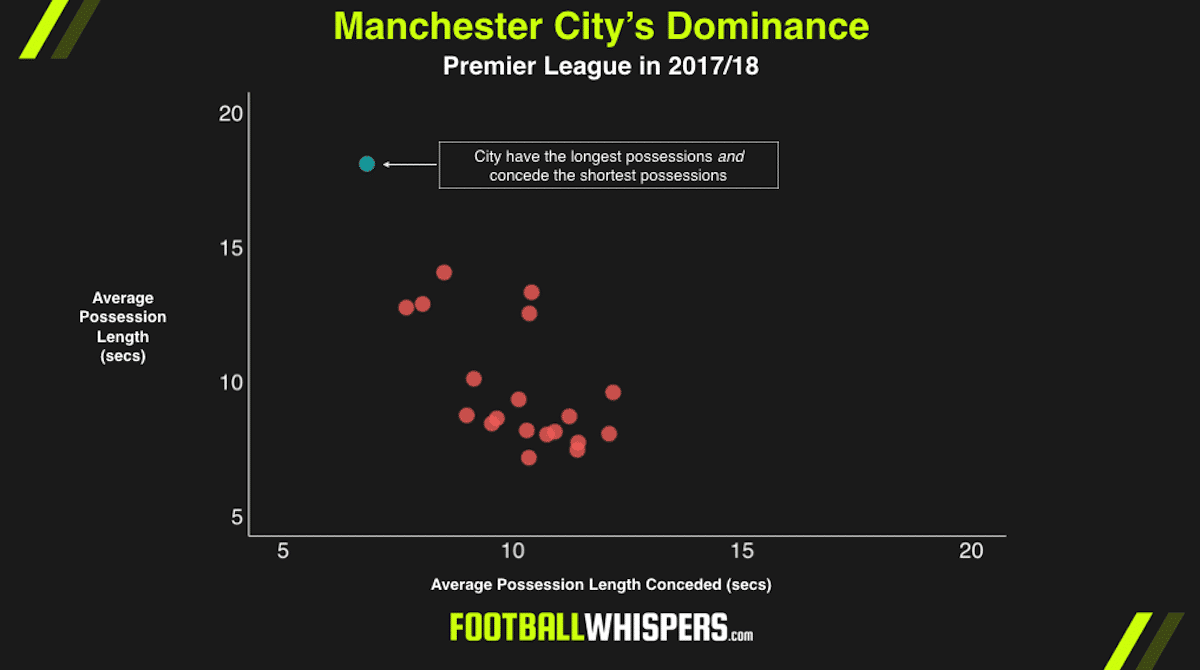 They have, of course, outscored all of their rivals, netting an incredible 93 goals already this term. That's 30 more than second-placed Manchester United, and 15 more than Liverpool, the division's second-highest scorers.

Although Harry Kane and Mohamed Salah will battle for the Golden Boot in the campaign's remaining fixtures, it's likely a City player will be on the podium thanks to Sergio Agüero‘s 21 goals.

When it comes to assists, the Citizens are in a league of their own. De Bruyne, among the favourites for the various Player of the Year gongs soon to be given out, tops the charts with 15, while Silva (12) and Sané (11) make up the top three, and even Sterling (eight) makes the top ten.

As a collective, their average of 2.82 goals per game has them well on course to beat Chelsea's record of 103 goals scored in a single Premier League season, set in 2009/10.

The Etihad side's impressive goals return is a result of a combination of prolific creativity and lethal finishing. With an expected goals (xG) total of 69.46, they are comfortably the English top tier's best creators of chances, but the fact their actual goals return is so much higher than that figure points to an ability to add value to scoring opportunities through precise finishing.

Little of the praise lavished upon City is reserved for their defensive acumen, but they possess the best defensive record in the Premier League this season, having conceded just 25 goals, while only Manchester United (16) can better their return of 14 clean sheets.

City are also on track to set a new Premier League record for points accumulated in a single season, needing just eight more from their five remaining fixtures to equal Chelsea‘s haul of 95 from the 2004/05 season, José Mourinho's first campaign at the helm at Stamford Bridge.

What's more, although defeat to rivals United last week meant they missed out on owning the record outright, City have become only the fourth side in the history of English top-flight football to wrap up the title with five games to spare. And their current average of 2.64 point per game is the second-best of Guardiola's career, bettered only by his 2013/14 Bayern team (2.65).

It's been quite a year for City, and the staggering numbers behind their title triumph will ensure their dominant season is remembered as one of the best ever. Many doubted him but Guardiola has conquered English football, and in some style.