Manchester United’s search for an attacker has now taken them to Spain. According to El Chiringuito, the Red Devils are weighing up a move for Atheltic Bilbao star Iñaki Williams.

The 25-year-old announced himself in LaLiga during the 2015/16 season. As a youngster, he was linked with a move to Barcelona and reports even suggested Jürgen Klopp wanted to make him his first Liverpool signing.

Arsenal and Manchester City kept tabs on him, too, but his inconsistent form and huge release clause – north of £60million at the time – meant he remained at San Mamés.

However, after an impressive 2018/19 campaign, netting a career-high 12 league goals, United are now primed and ready to pay his £80million release clause as they look to replace Inter-bound Romelu Lukaku.

It’s a lot of money for a player with just 33 league goals to his name but a change of scenery could be all that is needed to get the one-cap Spain international back on track.

There’s an argument to suggest he’s stagnated playing for Athletic Bilbao yet the numbers he’s averaged over the two-year period are still impressive. 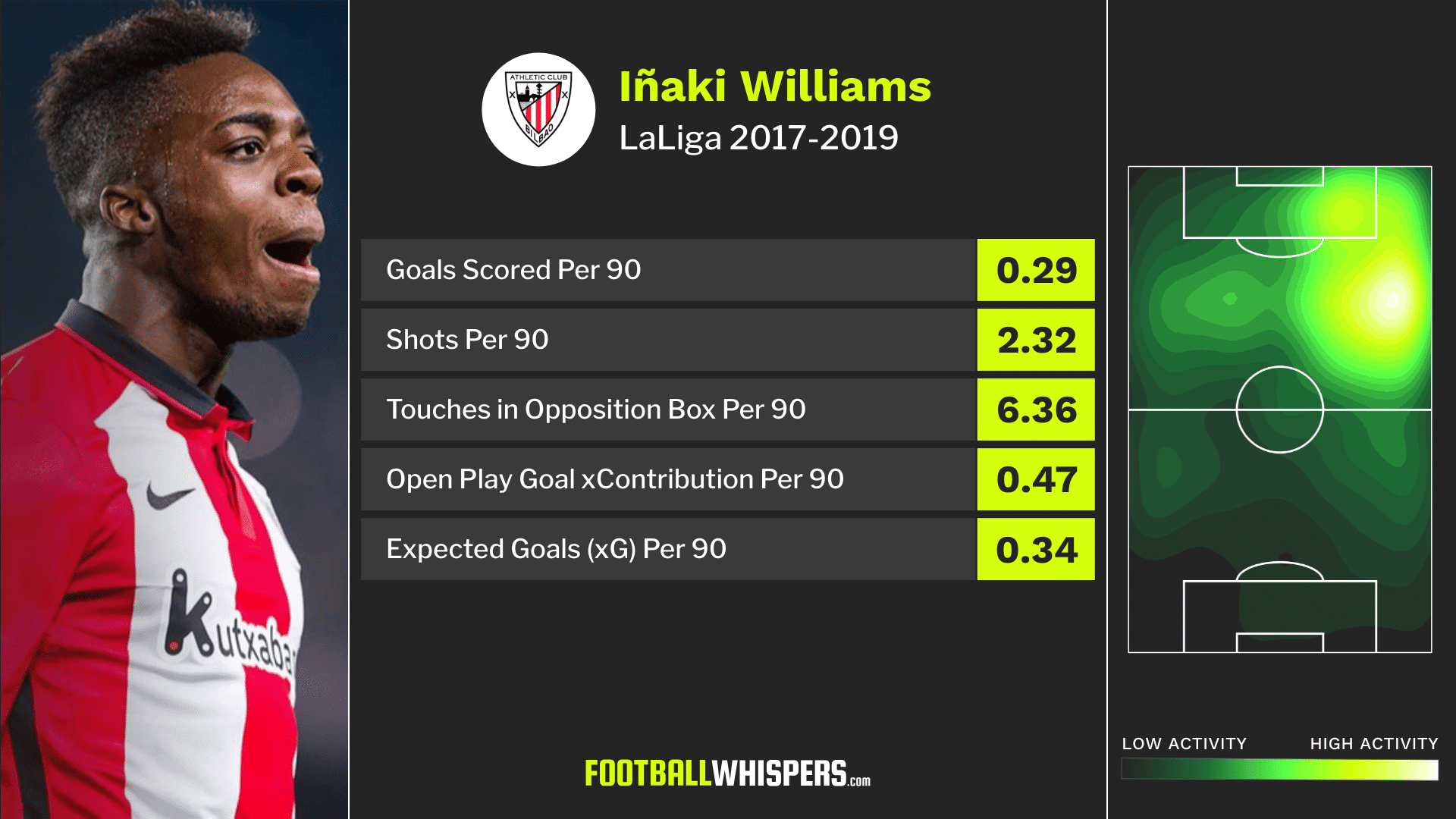 The 24-year-old isn’t matching his expected goals per 90 average of 0.34 but he isn’t that far behind it. He’s averaged a goal every three and a bit games over close to 5,800 minutes in the Spanish top flight, showing he’s consistent and reliable.

You also have to take into account the team he’s playing for. They’re mid-table. That isn’t to say he couldn’t overperform and catch the eye as others do, but for context he’s averaged the same amount of goals per 90 as Wilfried Zaha and Williams’ xG90 is 0.10 better. 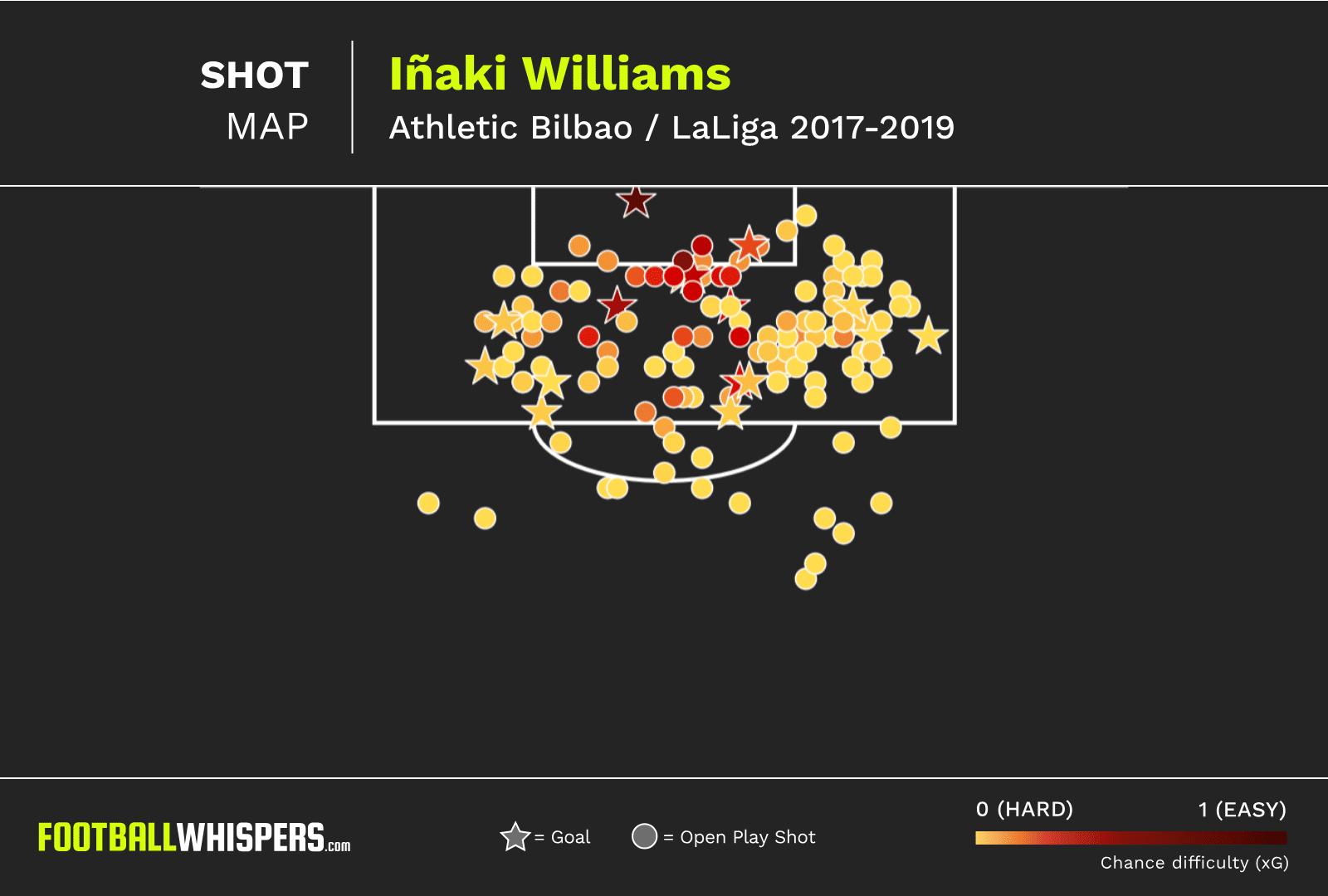 It’s when you break down his shot map the value of the Athletic Bilbao man becomes apparent. He rarely wastes an opportunity by shooting from distance.

A large number of shots are from good positions in the box and this is perhaps why 100 per cent of the 19 goals he’s scored have come from inside the area. It showcases he’s a constant danger and something of a penalty-box poacher.

Williams is an intelligent, versatile forward with pace to burn. He fits the profile for United and shares similarities with a number of United strikers.

He could play in place of Marcus Rashford as well as beside him. His versatility gives Ole Gunnar Solskjær a lot of options, too. The 25-year-old could be exactly what the Red Devils need.