Bids have been made, rumours made and dismissed. Yet, Arsenal still haven't signed a forward with the type of quality they are looking for this season.

Lyon's Alexandre Lacazette, Alvaro Morata, Gonzalo Higuaín, Riyad Mahrez, the list goes on and on. With every player that doesn't end up coming through the door, it sees the mind drift. Gunners fans think back to a simpler time when Arsene Wenger could pick a first XI of superstars. A time that involved seeing Thierry Henry in the starting line-up and most likely on the scoresheet.

The Frenchman is fifth on the Premier League all-time goal scoring charts with 175 goals. He is the highest placed foreign player – next on the list is Robin van Persie with 144.

Henry topped the scoring charts at the end of the 2005/06 season, scoring 27 goals. Last term, Olivier Giroud finished as Arsenal's top scorer with 16. How times have changed. 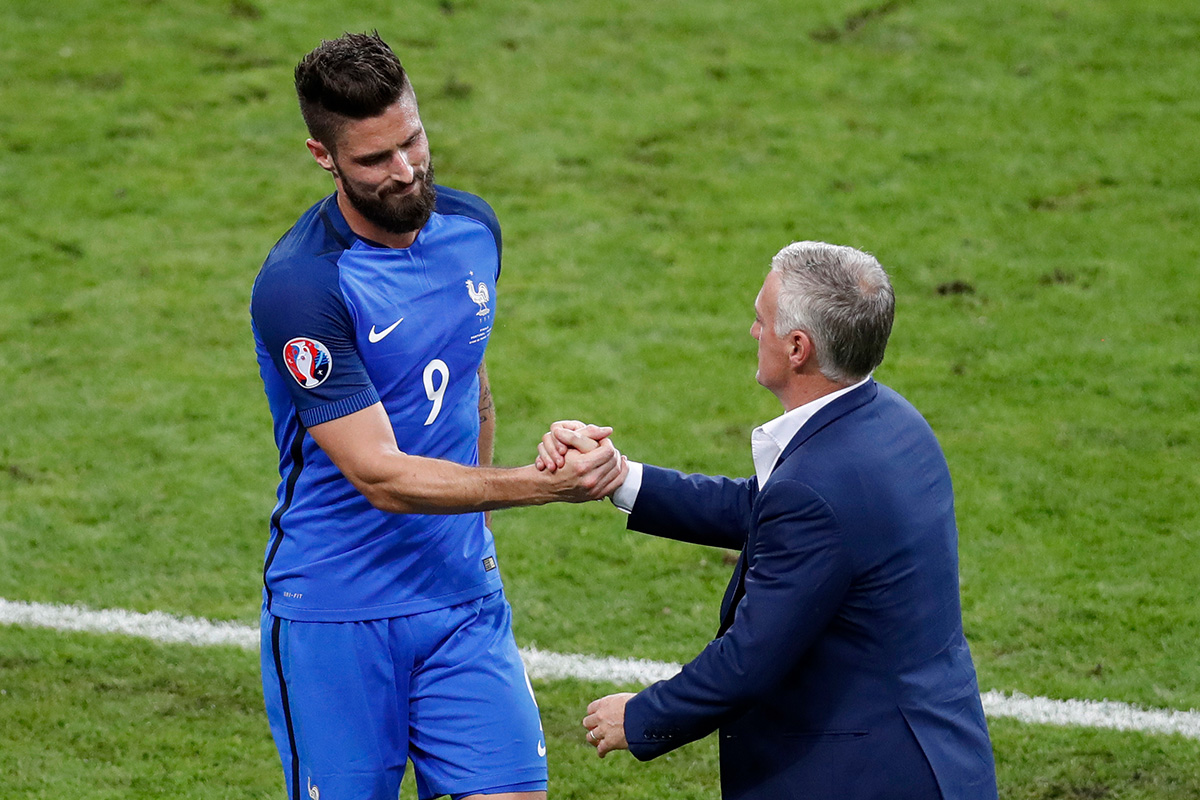 That comparison is what had Arsenal fans up in arms this summer as Giroud was picked to lead the line for France at Euro2016, but Didier Deschamps was proved right and despite falling at the final hurdle, France was proud of the way their team played, with the former Montpellier man scoring some vital goals along the way.

The current Arsenal man's return for his country is better as a percentage than Zinedine Zidane, Youri Djorkaeff and Karim Benzema – how Arsenal fans would love to see the latter at the Emirates before the end of this window.

There was controversy before the Euros when it was announced that Benzema would not be part of the squad due to ongoing legal issues. However, when you look at his recent performances for Les Bleus, his lack of goals and inability to blend together with his team-mates on the pitch, there is an argument to not picking him for footballing reasons too.

When Henry was part of the France squad, he was an automatic pick, just like Benzema was for so long. The problem the former Monaco forward had, was the lack of quality beside him. The peak of Henry's career actually came at one of France's darkest times. 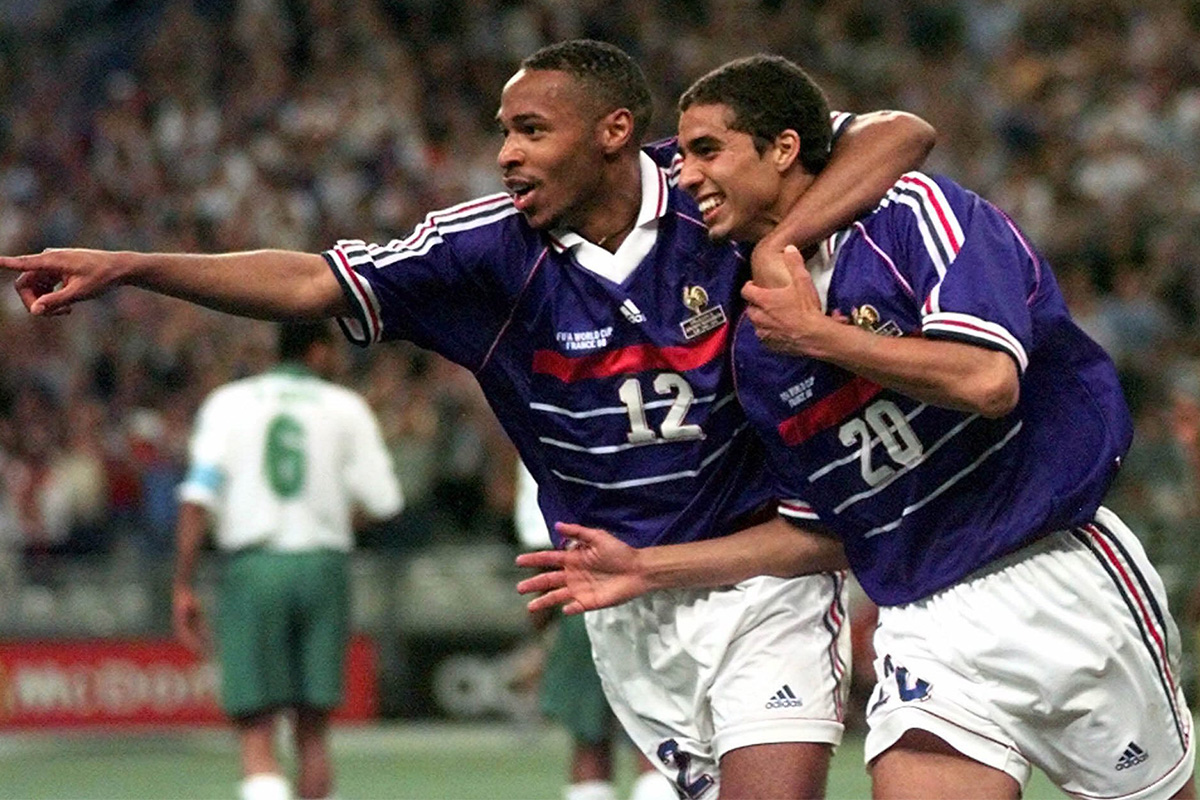 Still a youngster in 1998 and 2000, he was part of France's greatest recent achievements, but you can't say that he was one of the main reasons for their success.

Japan and South Korea in 2002 was a disaster for the French. Beaten by Senegal in their opening game, the holders would limp out, easy to forget they were even there.

They reached the final in 2006, but in all honesty, were never likely to be good enough. They started with a goalless draw against Switzerland. Henry scored early in the 1-1 draw with South Korea and he would then add the second as they scrapped 2-0 past Togo to qualify second out the group. Similarities to how Portugal won this summer's tournament.

Against Spain and Brazil, it took inspired performances from Zidane to lift them to the semi-finals, Henry scoring the winner against the South Americans, this easily his best ever contribution at a tournament. Zidane was the hero again in the semis and then turned villain in the final – no one else even turned up.

2010 in South Africa was Henry's last international tournament and it is the most shambolic in the country's history. A moment that French football is still trying to recover from. 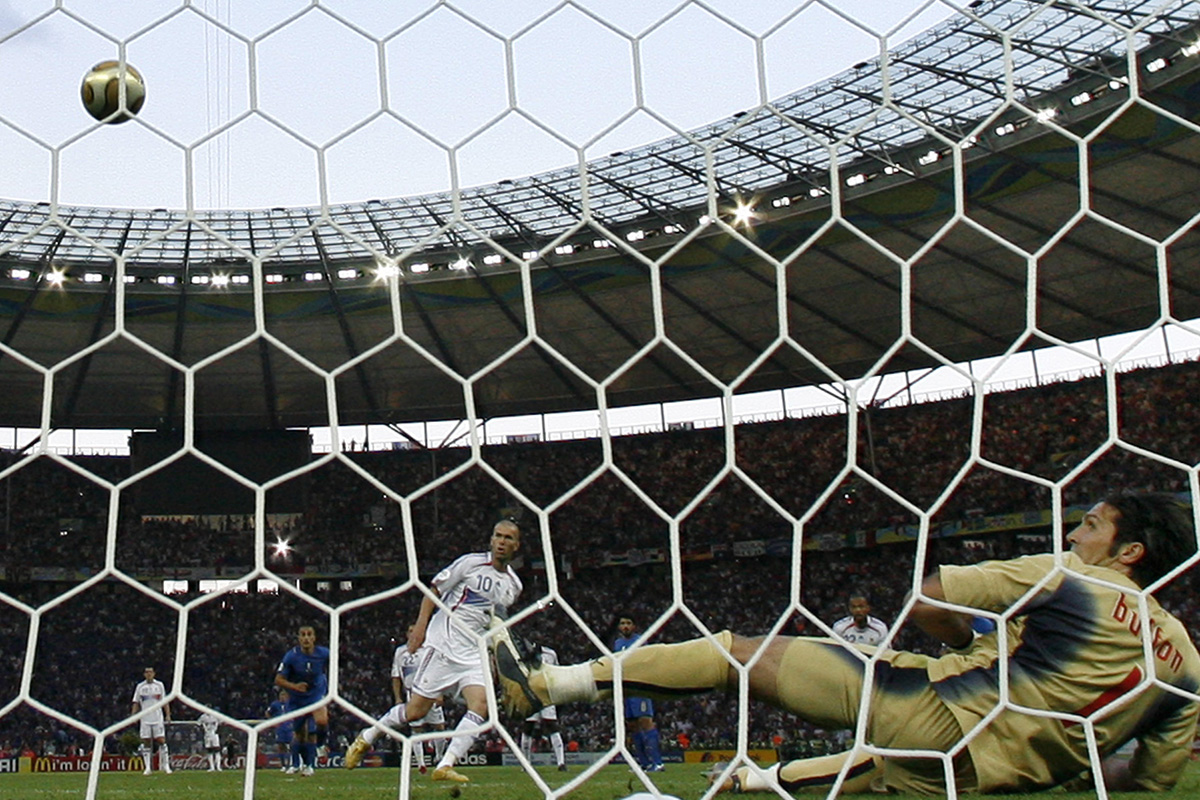 Henry may be France's all-time leading goal scorer, but his position as one of France's greatest players can't be handed out quite as easily. He never had that Zidane or Michel Platini ‘legend' moment. Even David Trezeguet had more magical moments than the former Arsenal man.

Giroud will never pass Henry's record, that much is certain, but it won't be because the famous No.14 is a better player, mostly because Giroud had to play second fiddle during Benzema's dry spell and because he'll never play as many games.

Just like Benzema in the current set-up, you could argue that Henry would struggle to find a starting place in Deschamps current starting XI. Again, nothing to do with talent and ability, but to do with style and where he would fit in.

Regardless of whether you agree with his tactics or not, DD's 4-2-3-1 worked very well at times during the tournament. The rise of smaller more mobile forwards, such as Antoine Griezmann and Dimitri Payet behind Giroud worked perfectly. He was the focal point and they found the space around him. 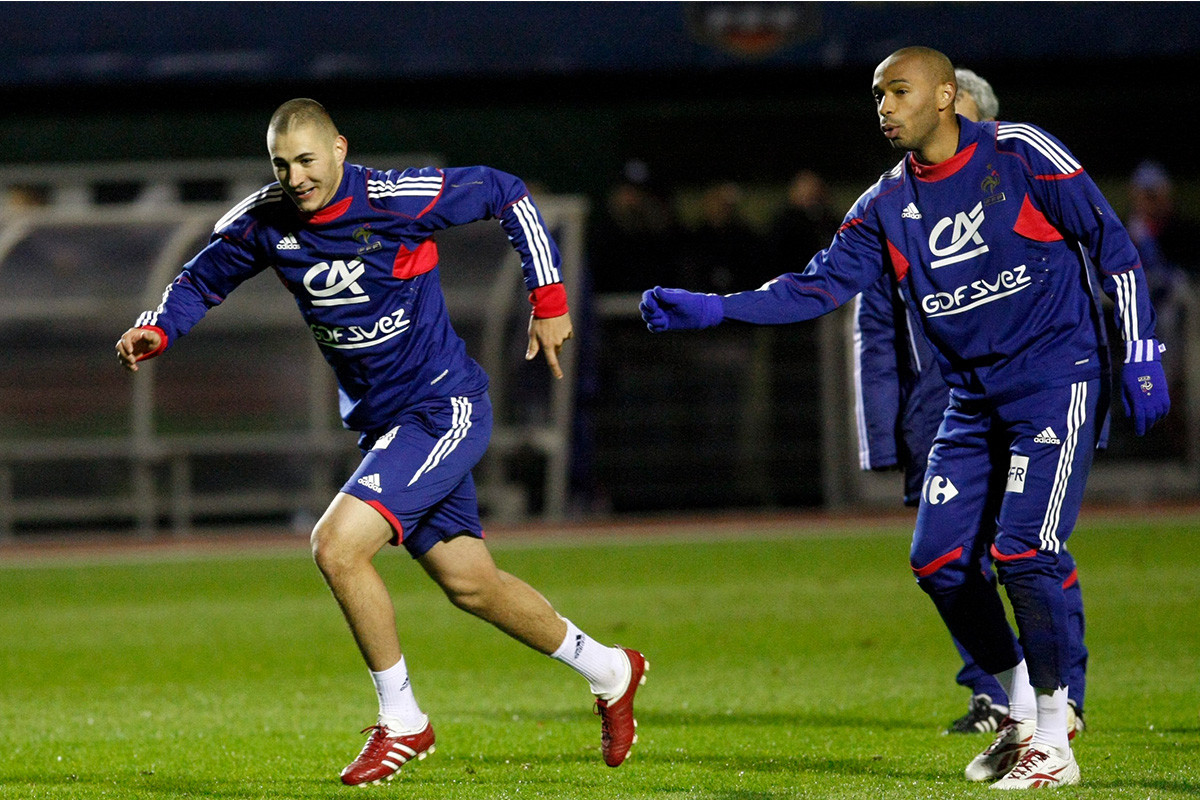 Their movement was unpredictable and until the final, where they looked physically beaten, they became very difficult to stop. For France, Henry was very similar to Benzema. Preferring to drift wide, make his trademark runs down the channel and then cut inside. When you play that type of player as the lone centre-forward, it tends not to work and there is a lack of options in the box.

That wasn't an issue for Wenger and his 4-4-2, but for France, it wasn't suitable and Henry looked frustrated and France were predictable.

Great players are sometimes great players because of the era they play in and the players they have around them. Henry was obviously an exceptional player, but for France, he was never the same level of player that he was for Arsenal. He only actually managed 12 goals for Les Bleus after the 2006 World Cup.

With a player of such talent, you make space in your team for a Henry. However, this summer we saw the success of teams playing to the strength of the XI, rather than to one player.

What's next for Arsenal? Gunners fans might not believe it, but Giroud is a very good player when he has the right players around him, whereas Henry was a talent regardless. Without the support of a good team, especially for France, he may have individually found goals, but his country definitely paid the price for it.

Obituary: The Life and Times of Carlos Alberto