Christian Vieri was one of the finest strikers of his generation. Once the most expensive player on the planet, his pedigree was undeniable; a consistent and dedicated goal-scorer with a near-perfect striking arsenal.

Yet his career as a whole is one marked out by a series of near-misses – in a figurative sense, that is; from inside the penalty area, there were few more deadly. Vieri was at once a world class player operating at the elite end of the game and a journeyman whose full potential was perhaps never realised; or, at least, never parlayed into a fitting haul of trophies from a team and individual perspective.

The man affectionately nicknamed “Bobo” has only one league title to show from an 18-year career, most of which was pent playing for some of the best teams in Europe. Add in two Coppa Italias, a UEFA Cup Winners’ Cup, a UEFA Supercup and an Intercontinental cup, and the list fills out toward something more appropriate for player of his standing, but there was no Champions League, no dynasty of Serie A triumphs and no major international honours.

Although Vieri was born in Bologna, Italy, he grew up in Australia, as his father was a professional footballer who played for Sydney-based side Marconi Stallions. Being raised in Oceana meant that he developed a love of cricket, and even admitted in 2003 that he would give up his football career in favour of playing cricket if he could earn the same money.

But it was football that was Vieri’s true calling. As a youngster he represented the youth team of his father’s side in Sydney, and his career really kicked up a notch when the Vieri family returned to Italy in 1988, eventually joining Torino in 1990 and making his debut for Il Toro the following year.

Vieiri’s maiden campaign in Turin yielded two goals from seven appearances and, at the beginning of the next season, he was moved on to Serie B side Pisa. But his stay in the city famous for its leaning tower was short-lived: Vieri was shipped off to Ravenna following a return of just two goals from 18 games.

The raw ability and natural talent was there but it was not being realised. At Ravenna, however, things began to click for the then-20-year-old. A respectable tally of 12 goals from 32 appearances saw Vieri earn another summer move, this time in an upward trajectory, joining Venezia in the higher reaches of the Italian second tier.

A similar strike rate – this time 11 from 29 games – had Vieri on the move yet again; Serie A was calling in the form of Atalanta. Determined not to let his second chance at top-flight football pass him by, the young hitman – who was by now an Italian under-21 international – mustered seven league goals from just 19 appearances La Dea.

His progression was not going unnoticed by the country’s top teams and Vieri was on the move again in 1996. Juventus, reigning champions of Italy and Europe, paid the equivalent of €2.5 million to sign the 23-year-old. 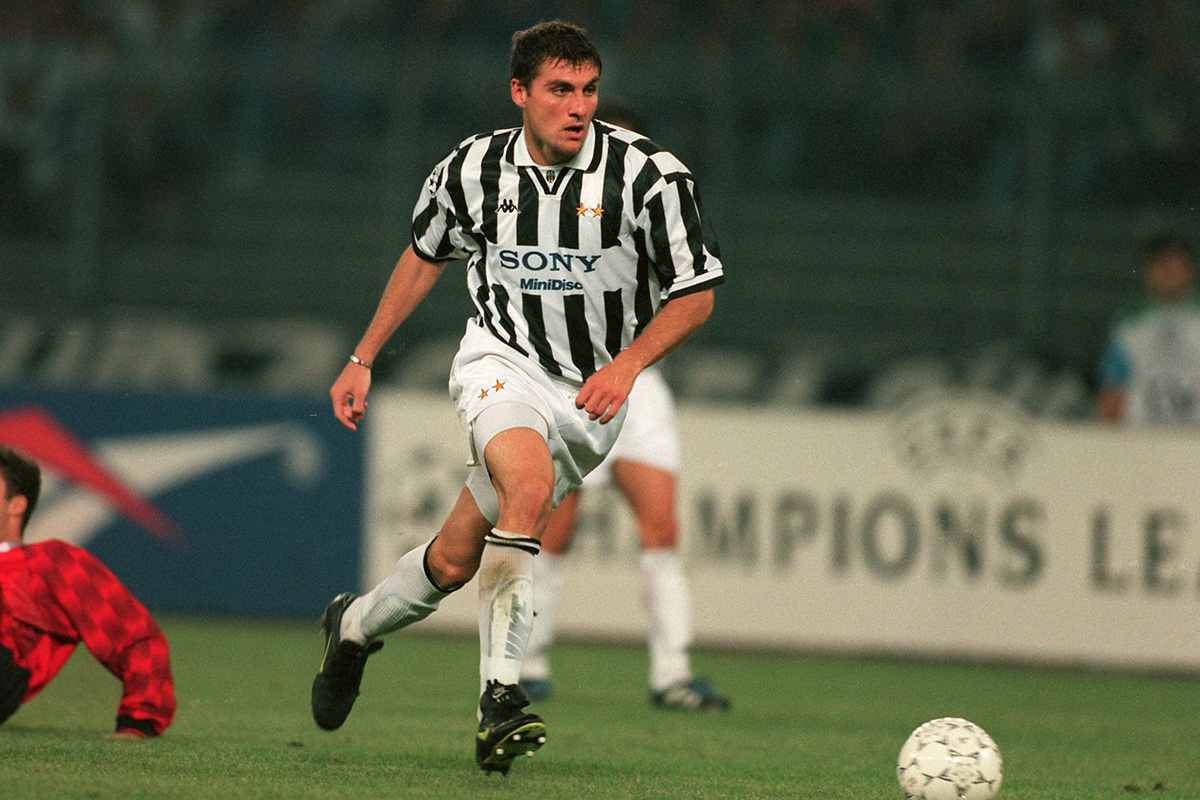 Bobo had earned his shot at the big time. Despite his tender years, the enforced club hopping and three seasons in Serie B meant that he’d paid his dues and then some. Now he would be lining up alongside the likes of Ciro Ferrara, Alessandro Del Piero, Zinedine Zidane and Alen Bokšić.

With a Serie A championship and finishing runners-up to Borussia Dortmund in the Champions League – the first of those near misses — Vieri’s debut season at the Stadio delle Alpi was a successful one which saw him earn his first senior international cap. He even finished as Juve’s joint-top scorer, level with Bokšić on 14 goals.

But nomadism had become habitual by this point; he was on the move again after one season with the Old Lady. This time he was to travel farther afield, though, with Spanish champions Atlético Madrid paying the equivalent of €10 million for the ever-developing striker, meaning Juventus would see their investment in Vieri quadruple after just 12 months.

Though Los Colchoneros had won the previous season’s La Liga title, they were unlikely champions. Atléti were given little hope of retaining the crown, with the established elite of Real Madrid and Barcelona expected to reassert their dominance during the 1997-89 campaign. Los Rojiblancos eventually finished seventh.

Vieri would later admit to regretting his decision to leave the Bianconeri, writing in his 2015 autobiography: “I admit that the motivation for this move was purely economic. If I could have turned back time, I’d have stayed in Turin.”

His stay in Madrid was, true to form, short-lived. But before returning to Serie A to sign for Lazio, Vieri managed to bag a phenomenal 24 goals in 24 games, earning him the Pichichi – the award given every season to the top scorer in La Liga. 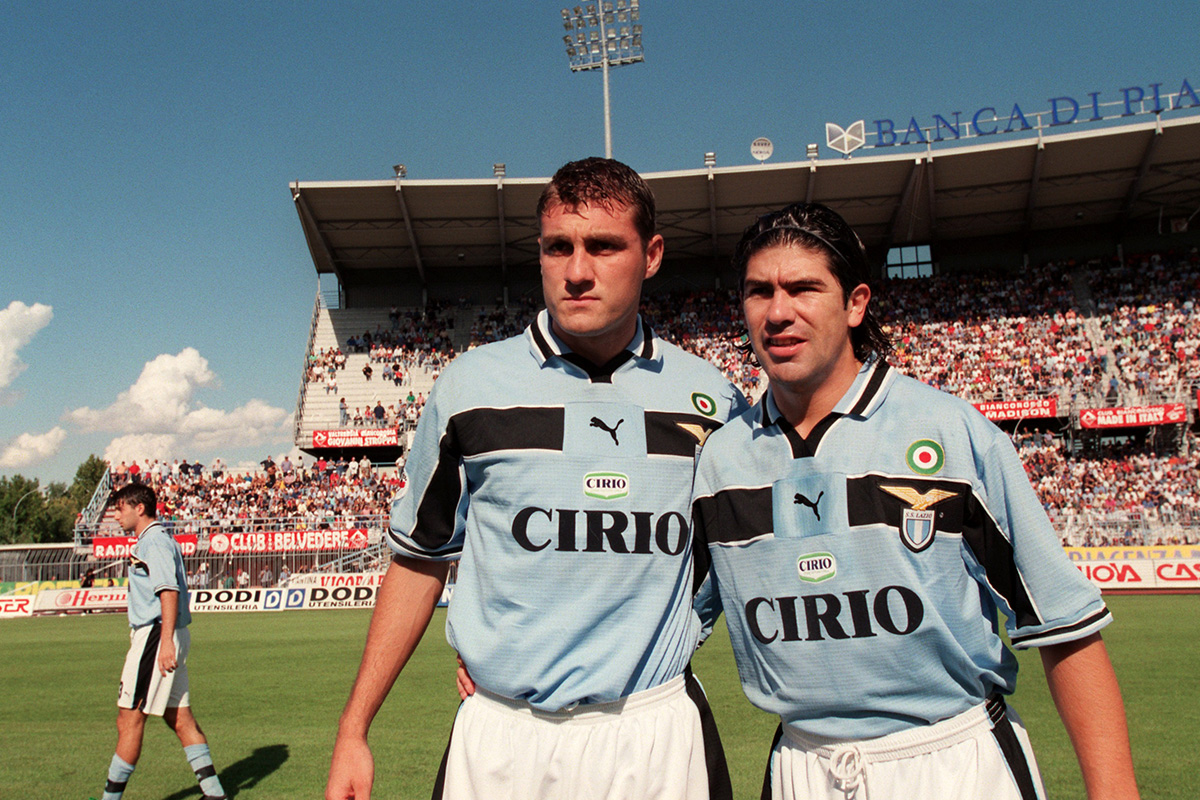 By this stage, Vieri was arguably at the zenith of his powers. And he went into the 1998 World Cup in France as the first choice partner for Roberto Baggio in attack. Italy were impressive and looked genuine contenders; their talismanic number 21 was on fire, scoring five goals in as many games, before Cesare Maldini’s men lost a quarter-final shootout to the hosts.

A solid season for Lazio – 14 in 28 games and a Cup Winners’ Cup triumph – earned Vieri the biggest move of his life, and saw him join the club he would finally be able to call home. Internazionale forked out a world record £32 million fee in 1999 to partner the Italian with the best player on the planet, Ronaldo.

Vieri stayed at Inter for six years, but what should have been the most fearsome partnership in world football never really got the opportunity to develop, as injuries hampered both he and Ronaldo during their time together.

However, both men found form and fitness as the 2001-02 season reached its climax. The Nerazzurri were top of Serie A heading into the final game of the season; beat Lazio and the scudetto was theirs.

Vieri put Inter ahead, but Hector Cuper’s men fell to a 4-2 defeat and were leapfrogged by both Roma and champions Juventus.

Injury precluded his involvement in Euro 2000, but the 2002 World Cup in Japan and South Korea offered another chance at international glory. Fresh off a disappointing yet prolific season with Inter, Vieri was again in fine fettle, scoring four goals in four games. But Giovanni Trapattoni’s Azzurri suffered a humiliating second round defeat to South Korea. Vieri missed a guilt-edged chance to snatch a winner and a dubious late penalty for the home nation sealed Italy’s fate. 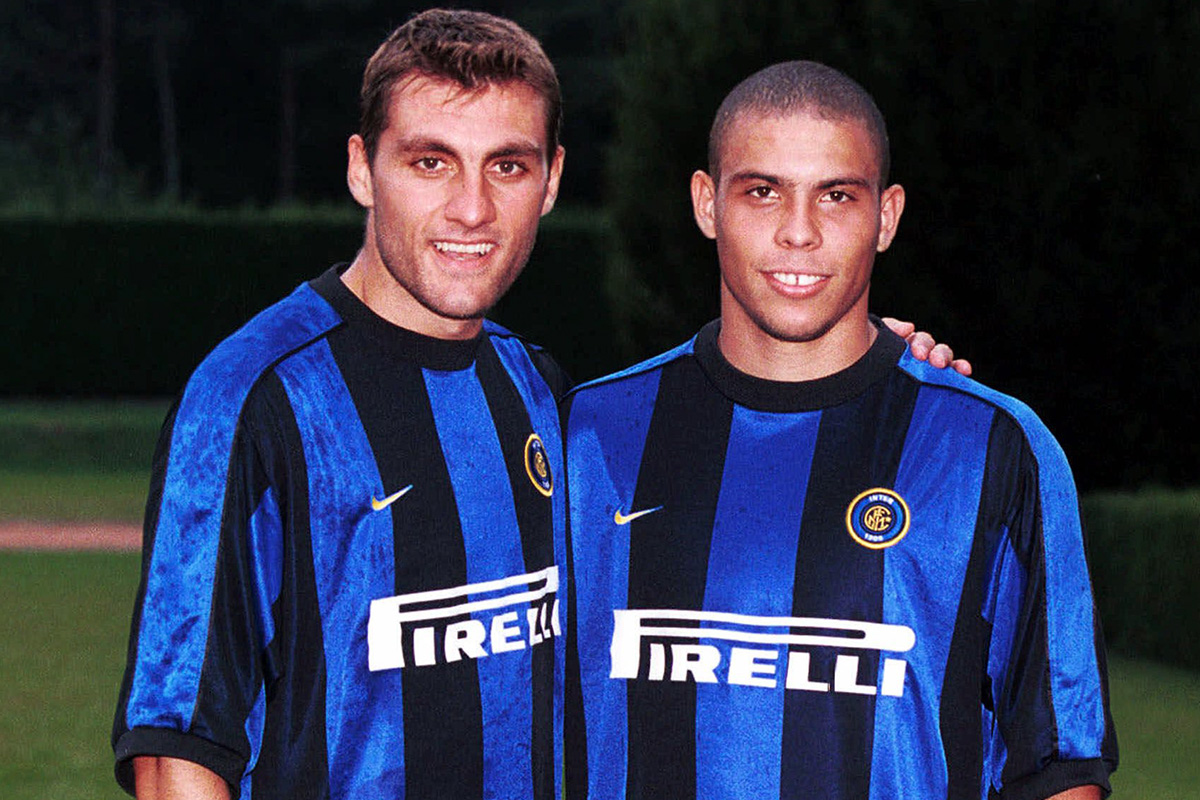 Vieri scored 123 goals in his six years with Inter before moving to rivals AC Milan as his powers began to wane. He only managed to net twice after switching his San Siro allegiance to the Rossoneri, and again began a pattern of club-hopping which would see him turn out for Monaco, Sampdoria and Fiorentina — as well as a second and third spell with Atalanta – before retiring in 2009.

Power, speed, two great feet and brilliant in the air – Vieri had a full complement of goal-scoring tools at his disposal. And with a little more luck, his medal collection would have been equally as plenary.