When Laurie Cunningham was capped at under-21 level in 1977, he became the first black player to play a competitive match for England at any level. He was also the first Englishman to play for Real Madrid, making him, not just a footballing icon, but a genuine pioneer of the game at a time when few people were willing to accept change.

Cunningham was a shy, introverted and sensitive individual, but that didn't stop him being a controversial character at the same time. He would often put in the performance of a lifetime before going AWoL for days; but his stubborn outlook on life and sheer bloody-mindedness would go on to challenge racial stereotypes which were still rife in the game, while also playing at the very highest level.

His attitude helped to change views, not only of the football going public, but of society in 1970s Britain as a whole, winning crowds over with his flamboyance and style, while bringing a little stardust to the sport at a time when there was little sparkle around.

Probably his greatest moment came when wearing the famous white shirt of Real Madrid when he left the Camp Nou pitch to a standing ovation; in February 1980 after a dazzling display in a 2-0 victory at the home of Real's bitter rivals Barcelona.

This was the moment that the son of a former Jamaican racehorse jockey was suddenly projected into the limelight, making his name on the world stage and finally being recognised as one of the greatest footballers of his time.

Born on March 8th 1956 in Archway, London, to Jamaican immigrant parents, Cunningham grew up in one of the poorest districts of the city: a tough neighbourhood strewn with derelict houses and an area that was home to a large and recently arrived black population.

As a boy he was an exceptional all-round athlete who also possessed a natural gift when it came to playing football, and it wasn’t long before he began attracting the attention of locally based scouts, as his grace and balance stood out as much on the football pitch as it did on the dance floor.

At the age of 16 – after turning down an offer from the Ballet Rambert — he joined Arsenal on schoolboy terms but was released without making an impact at Highbury. It wasn’t long before other clubs came calling, though, and he eventually signed for Second Division Orient in 1974. But with his talents also came something of a maverick temperament, which would soon land him in bother.

It was suggested that the Gunners had released him having lost patience with his poor time-keeping and cavalier attitude to training, an accusation which would plague him through much of his career but a label which never seemed to bother him. 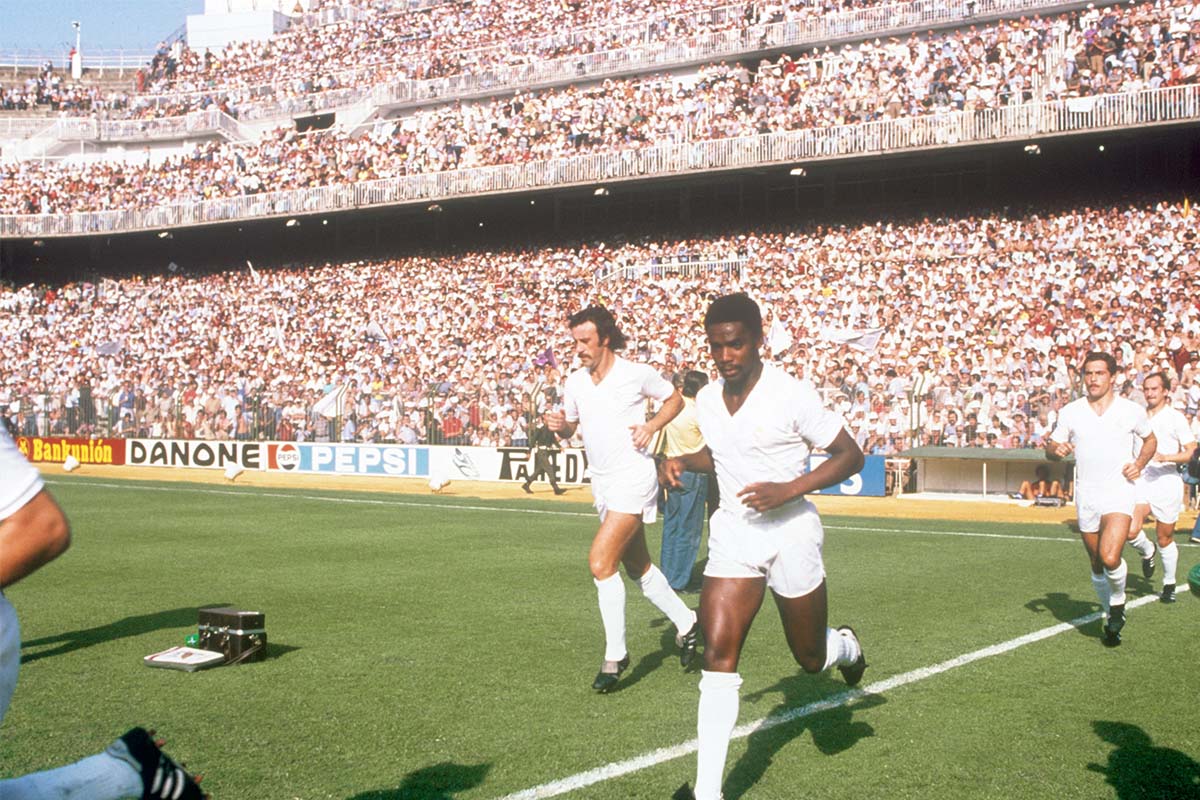 He signed for Orient on a Monday and his first training session was scheduled to take place the very next day, however, he was nowhere to be seen and when a club official was dispatched to his house to see where he'd got to, the new signing was still in bed, oblivious to the world outside and the trouble he had caused.

When he finally did show-up to his first training session he strolled across the pitch to greet his new team-mates with a swagger and arrogance that led many of them to believe they had either signed a legend or a lunatic. But from the moment that the tricky winger made his first team debut, it was clear that this was to be the start of something special.

Orient continued to struggle during Cunningham’s time at the club but his speed and trickery would often bamboozle lower-league defenders on a weekly basis, even if his team weren't playing well. As a result, it wasn’t long before offers for the youngster were flooding in from top-flight clubs.

In March of 1977 was he finally lured to the First Division when he signed for West Bromwich Albion for £100,000, and his performances against the best in the country, would soon catch the eye of both the English national team and continental Europe.

Under Ron Atkinson, Albion’s attractive style of play quickly made them the side that everyone wanted to watch and Cunningham was idolised by the Baggies' fans thanks to his pace, fast footwork, finishing ability and balance; he also became a favourite among neutral supporters too.

The fact that the club were now regularly fielding three black players also grabbed the headlines, and at a time when racism was common throughout football. Laurie Cunningham, Brendon Batson and Cyrille Regis were affectionately referred to as “The Three Degrees”, after the U.S. soul singing trio, but the reception they received outside of The Hawthorns was often anything but affectionate.

Racism was rife within English stadiums and Laurie’s style of play made him a constant target during a time when support for the National Front and other extreme right-wing groups was pretty high. He and his colleagues were also subjected to monkey chants at games on a regular basis not to mention the odd banana or two.

“I’m the natural target, but I don’t let it get to me,” Cunningham said at the time, “I’d be doing what they want. There’s no way I’d ever be ashamed of being black but it’s more important that other professionals seem to have stopped calling me things.”

Cunningham scored 21 goals in three seasons for West Brom, helping them reach the semi-final of the FA Cup and European qualification with his performances grabbing the attention of Real Madrid. At the time, Los Blancos were only permitted to field two foreign players in their side and he became the first British player in modern history to arrive at the Bernabéu after signing for an eye-watering £950,000. A genuine sign of how much they thought of his ability.

Any fears that Cunningham may have been out of his depth at one of Europe’s elite clubs were dispelled in his first season in Madrid. He was an integral part of a Real team that won a Spanish league and cup double in 1979-80.

This was also the very same season that he tormented Barcelona's defence at the Camp Nou to earn a standing ovation from the home crowd, despite a 2-0 home defeat to their most bitter rivals. Only defeat in the semi final of the European Cup to Hamburg robbed Cunningham and Madrid of a memorable treble; but he'd made on hell of an impression all the same.

Ever the crowd favourite he would try just about anything in order to gain an advantage over his opponents, even if it made them look stupid in the process. Unfortunately for Cunningham, and the nation as a whole, his trickery wasn't appreciated as much by those in charge of the national team as the thousands who paid to watch him play.

Cunningham was left out of the England side for the 1980 European Championships, a tournament which saw them fail to even get out of the group and he would collect his sixth and final England cap against Romania in a 1982 World Cup Qualifier in what was to be a shockingly brief international career.

In his second season with Madrid, he and his Real team did make it to the European Cup final where they were defeated by Liverpool, but it was to be the beginning of the end for Cunningham. His next three seasons were hampered by a succession of injuries and bad luck stories as a ruptured knee ligament, apparently suffered in a training ground altercation with a Madrid team-mate, that all but ended his association with the club. 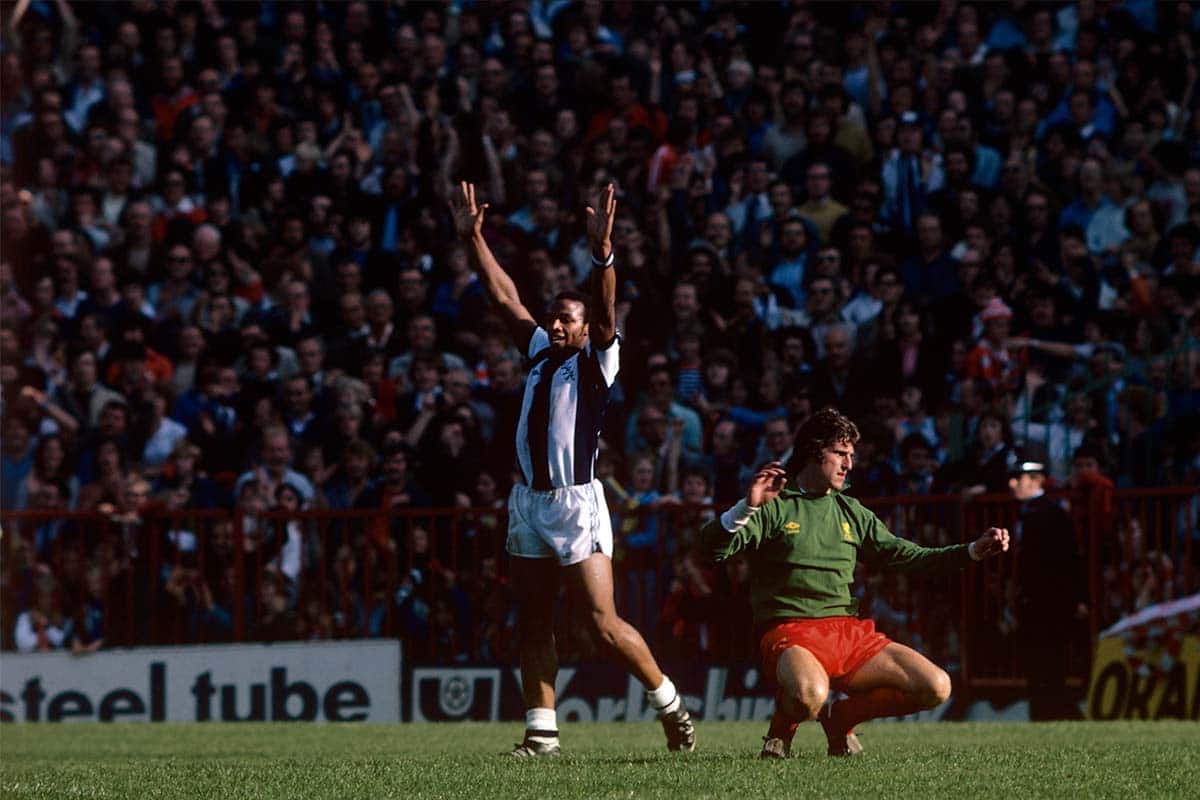 READ MORE: A HISTORY OF ENGLISH PLAYERS PLAYING IN ITALY

As he looked to rebuild his career Cunningham turned to his former boss at West Brom, Ron Atkinson, joining Manchester United on loan in 1983. As a result he became one of few players to have played for both Manchester United and Real Madrid that includes the likes of Cristiano Ronaldo, David Beckham and Michael Owen.

But it seemed his best days were over and he scored just one goal in his short spell at Old Trafford and even volunteered to be left out of the FA Cup final team that played Brighton that year because he felt he couldn't: “do himself justice in such a big game.”

“We were open-minded about signing him permanently and he would have played in the FA Cup final but he failed a fitness test the day before,” Atkinson recalled. “We only had one substitute then, which made a difference. If we'd had a few, he could have started and if it had gone wrong, we could have put someone else on.”

Subsequent years would see Cunningham play for Sporting Gijón in Spain, Olympique Marseille in France, Leicester City, Charleroi in Belgium and Wimbledon, where he finally realised his dream of winning an FA Cup winners' medal in their 1988 success against Liverpool; it proved to be his farewell appearance in our domestic game.

He was unable to recapture the glory days of the late 1970s, though he did revisit his better times when he returned to play in Spain and scored the goal that ensured promotion to La Liga for Rayo Vallecano at the end of the 1988/89 season.

He didn’t know it at the time, but he would never get to play top-flight football again thanks to a tragic twist of fate would deny him the chance of showing-off his talents to the Spanish fans who had once idolised him one last time .

Just weeks before the start of the new season tragedy struck when, after swerving to avoid a car with a flat tyre on the side of the road, he collided with an oncoming vehicle. Cunningham died in the early hours of 15 July, thus ending a life and a career that had begun in the humble surroundings of London’s East End.

In that split second, a life of trials and tribulations had ended after just 33 short years. A man who had regularly overcome the obstacles that his race and background had put before him, thanks to his refusal to be anyone but himself, had finally been silenced forever.

In 2016 English Heritage announce they would pay tribute to this pioneer of the game by unveiling a blue plaque at his former childhood home of 73 Lancaster Road in Stroud Green, London. But surely the real legacy of this often unsung hero was demolishing the many stereotypes that once surrounded black footballers while paving the way for future generations, while all the time exuding class, style and panache.