Leaders Germany are targeting more points in Group J when they travel to take on Iceland on Wednesday. Read our free predictions and find the top odds for the game below in our detailed match preview.

Germany to Win to Nil

After some ropey defensive performances during the previous international break, Germany have looked far more robust of late and they kept clean sheets in each of their last two matches against Lithuania and Armenia. Die Mannschaft have recorded four shutouts in five Group J assignments overall, one of which they secured against Iceland in March, and they can keep the same opponents off the scoresheet in Reykjavik on Wednesday.

Germany to Score in Both Halves

At the top end of the pitch, the Germans are consistently lethal and their bared their teeth again against Armenia on Sunday, battering their opponents 6-0 in Stuttgart. Germany hit the net either side of the interval at the weekend and they have notched in both halves in three of their five Group J games to date, including in their comfortable 3-0 triumph over Iceland six months ago. With their finishing devastatingly incisive, the Germans look an excellent price to register in both halves again in the return fixture.

Bayern Munich attacker Serge Gnabry scored Germany’s first two goals in their rout of Armenia on Sunday and the prolific winger should be one of Die Mannschaft’s most potent threats in Iceland this week. The 26-year-old has scored a superb 18 times in 28 appearances for his country overall and that impressive record makes his price in the anytime goalscorer market worth chasing on Wednesday.

Iceland vs Germany preview: Germany in the groove

Germany have already engaged cruise control in Group J, thanks to a return of four wins from five fixtures in their World Cup qualification section. Die Mannschaft’s reverse at home to North Macedonia in March was a real low point, though they have entered a new era under Hansi Flick and Joachim Low’s replacement will be determined to maintain his 100% start this week.

Iceland have really struggled to come to grips with Group J, despite the section looking relatively weak when you remove Germany from the equation. The Strákarnir okkar have only managed to win one game so far and they will need to start stringing positive result together soon to launch a late bid for World Cup qualification. 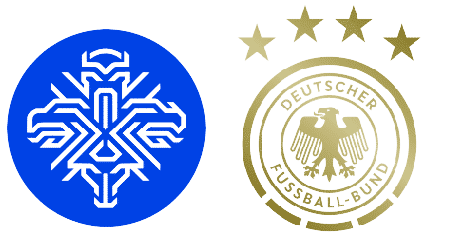 Wednesday’s game will be played at Laugardalsvöllur.

Germany beat Iceland 3-0 when the teams last met on March 25.