Iceland's chances of making it to the World Cup finals are hanging by a thread. Can they keep the dream alive a little longer here? Find out with our Iceland vs Armenia match preview with free tips, predictions and odds mentioned along the way.

Iceland vs Armenia: Our Picks

Nothing to separate the teams

Iceland have taken just four points from their six games so far but general form including friendly matches isn't much better either. They've won just two of their last 10 games and have drawn two of their last four. By stark contrast, Armenia are flying having lost just two of their previous 10 matches having won five of them. The wins have dried up a tad lately but with three draws in their last five show they're not a soft touch by any stretch.

We've just touched on the couple of draws Iceland have had in recent matches and they've scored in both of them with their problems rooted at the other end of the pitch; they're conceding far too many goals. Armenia, who are second in the group, are averaging over one goal per game too so they're capable of tucking the ball away. With all that considered it's highly plausible that both teams find the net in this match.

Although we've made the prediction that both teams score in this match we also don't see it being loaded with goals. We did consider an under 2.5 bet but we've pushed the boat out a tad further and opted for a correct score prediction of 1-1. Iceland have bagged six in six games in qualifying with Armenia only scoring one more; that gives them an average of 1.2 goals per game. With Iceland facing elimination in defeat it's imperative they find a way to take something from the game.

Find the best odds for Iceland vs Armenia

Armenia in their own right have never made it to a World Cup finals but never before have they had such a good chance of doing so either. They started the campaign in terrific shape winning three games on the spin against Liechtenstein, Romania and their hosts in this match, Iceland. With just one loss from their six games to date things are looking very promising. Tigran Barseghyan will carry a big threat too. For Iceland, they really need to shut the back door. They are conceding far too many goals and that's making it tough for them to win matches. Qualification already looks near on impossible but there is a way to bow out and a home loss to Armenia isn't it.

FAQ on Iceland vs Armenia 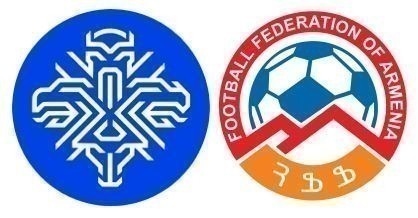