When Zlatan Ibrahimović was levied with a three-match ban for deliberately crashing an elbow into Tyrone Mings’ jaw, Mancheter United fans feared the worst.

The 35-year-old striker has been their talisman, defying the misguided preconceptions which surrounded his arrival in England to bag an impressive 26 goals in all competitions, and leading the way for the Red Devils with 15 strikes in the Premier League.

United’s attack has been notoriously blunt this term, with the team struggling to take full advantage of the chances they are creating for themselves. With Ibrahimović sidelined for three games, José Mourinho’s side appeared doomed in their quest for a top four finish.

To some extent, those fears became reality, with the 20-time champions failing to score in two of the games they were forced to play without their No.9 – a 1-0 defeat away to Chelsea in the FA Cup and 0-0 at home to West Bromwich Albion at the weekend – with the 3-1 victory over Middlesbrough last month being the only match in which Ibrahimović was not sorely missed.

However, there is reason to believe that, despite their obvious reliance on his goals this season, that United do not, or at least will not in the near future, miss Ibrahimović quite as much as he might hope.

Even with the former Paris Saint-Germain and Barcelona superstar in the team, Mourinho’s men have been far from efficient in front of goal. 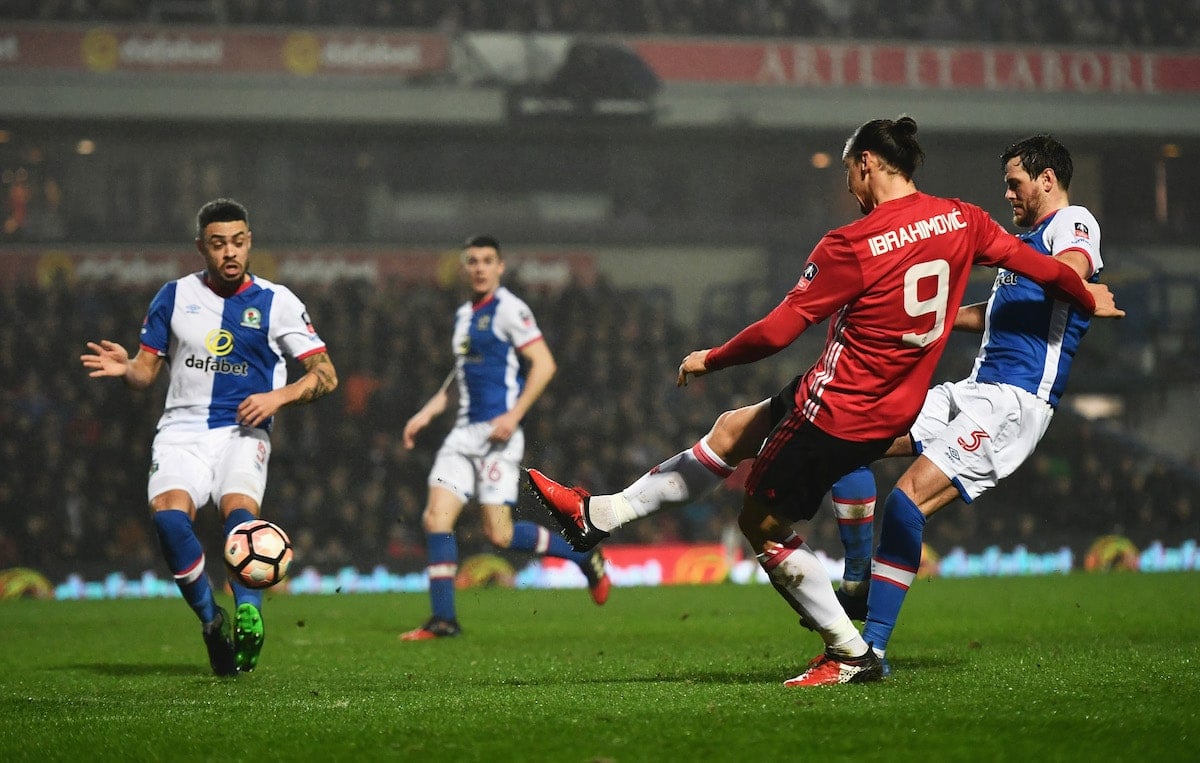 Creativity has been no problem, with the Red Devils ranking second in the Premier League – behind only Liverpool – when it comes to conjuring scoring opportunities (364 in total so far this season). Indeed, Ibrahimović has contributed heavily in this regard, creating 40 chances himself – of all the players at Mourinho’s disposal, only Pogba (50) can beat the Swede’s return.

However, they rank only seventh for goals scored (43), and a miserable 17th for chance conversion, finding the net with just 8.7 per cent of the 481 shots they have attempted.

Despite being out on his own as the club’s top scorer this term – Juan Mata is United’s second-highest scorer with 10 in all competitions, less than half of Ibrahimović’s return – the veteran striker is, to a significant degree, culpable for his side’s profligacy.

His 15 Premier League goals means he is fifth in the running for this year’s golden boot – a race currently led by Everton’s Romelu Lukaku (21) – but Ibrahimović sits at the top of a much less flattering chart thanks to having missed 17 “big chances”, more than any other player in England’s top flight – Benik Afobe of Bournemouth is a distant second place with 12.

As a team, United’s shot conversion is woeful, but you wouldn’t necessarily expect Ibrahimović, the club’s leading scorer, to be contributing quite so much to their wastefulness in front of goal. Yet, with an average of 7.33 shots taken for every goal scored, the 6’5” marksman is far less efficient than the other elite strikers in the Premier League.

With the Red Devils set to host Everton, the obvious comparison to make is with Lukaku. The Belgian international has two years remaining on his contract at Goodison Park and has stated that he will not consider renewing with the Toffees. The widely-held suspicion that United might be in the hunt for attacking reinforcements — coupled with the fact that the player’s agent, Mino Raiola, was responsible for brokering high-profile moves to Old Trafford for Henrikh Mikhitaryan, Paul Pogba and Ibrahimović last summer — has led to speculation that the Premier League’s top scorer is a wanted man on the red side of Manchester.

When you consider that Lukaku averages just 3.81 shots for every goal scored — almost half as many efforts as Ibrahimović has required to find the net in the league this term — it makes sense that the Toffees’ No.10 might be a target for the Red Devils. Furthermore, Harry Kane (3.63), Jermain Defoe (4.71) and Diego Costa (5.12) all have significantly better averages than the United man when it comes to shots per goal.

A major contributing factor to Ibrahimović’s low efficiency level is that he loves a shot. If he gets site of goal, seemingly from anywhere within 30 yards, and often regardless of whether a team-mate is better placed, he’ll draw back his powerful right foot and take aim.

Stunningly, no United player has taken more shots at goal than Ibrahimovic (109) in the Premier League since the start of the 2015/16 campaign, which is staggering considering he only joined the club last summer.

When he is on the pitch, he provides a focal point for United. His ability to hold up the ball and link play in invaluable, while his mere presence can be enough to strike fear into defenders. But it also seems as though, for better or worse, the majority of the side’s attacking moves culminate with Ibrahimović taking a shot; in many respects, the Swede is a kind of chance vacuum, ensuring that he has plenty of opportunities to find the net, while his team-mates are reduced to supporting roles.

For all his misses in games against Burnley, Stoke City and Bournemouth, Ibrahimović has proven himself to be a big-game player, bagging goals against Manchester City and Liverpool, and netting a brace in the EFL Cup final victory over Southampton. When they desperately need him, he is there. In American sports parlance, these high-pressure moments are referred to as “clutch”, and Zlatan’s leadership and confidence has unquestionably made him a clutch player for United.

It is also fair to point out that, with few viable alternative options, Mourinho is much better off with Ibrahimović in the side than without him. Wayne Rooney’s decline means that he is no longer a realistic contender to start regularly, while Marcus Rashford failed to grasp his opportunity to lead the line in the main man’s absence.

But with the former Ajax and Malmö star yet to commit to his optional second year at Old Trafford, The Red Devils will be wise to think about life after Ibrahimović. The addition of a prolific and, crucially, efficient marksman could see United take the next step in their post-Ferguson recovery.