Liverpool’s transfer policy over the last decade has come under serious scrutiny on a number of occasions. From the strange sporting directorship of Damien Comolli and the signatures of Andy Carroll, Stewart Downing and Charlie Adam to the uncertainty surrounding their “transfer committee” in more recent times, the club has struggled in the transfer market. And, for quite some time, Iago Aspas was widely believed to be just another example of the club’s uncertain strategy.

The Spanish forward signed for Liverpool in the summer of 2013 for a fee believed to be around £9million. However, one year after arriving, he returned to his home country. Despite making 14 appearances, he left without a single Premier League goal to his name.

In the present, Aspas’ situation is much more promising. At 29 years of age, he is a regular scorer in one of Europe’s major leagues, has been linked with a move to Spanish giants and regular Champions League contenders Atlético Madrid, and has played, and scored, for Spain’s national team. His progress over the last three years is confirmation of the qualities that came under fire in England, qualities that, for a number of reasons, were not allowed to shine at Anfield. 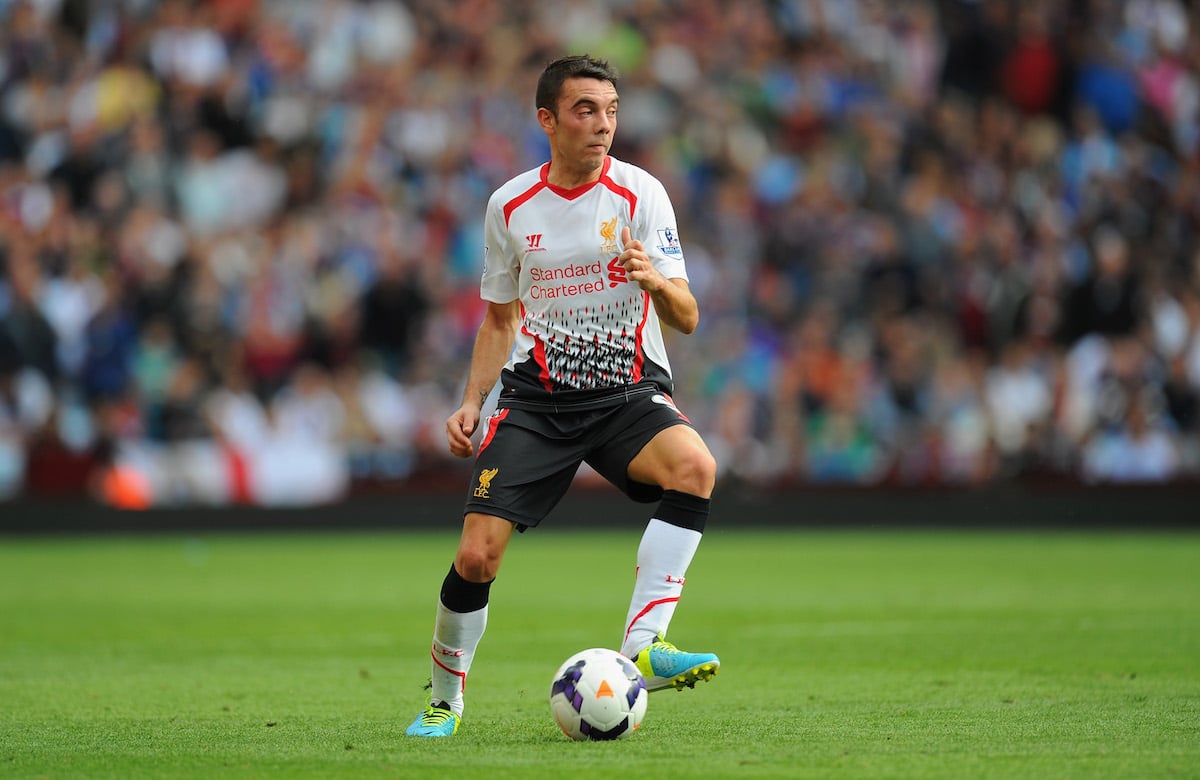 Like so many that have stumbled and fallen before him, Aspas was not aided in his acclimation to a new footballing environment by a language barrier. Far from leaving Spain, he has not even played outside of Galicia at the time of his signing for Liverpool. He had joined Celta Vigo at the age of eight after turning out for his local team, CD Moana, and worked his way through the youth and B teams before making his debut for the club in the 2007/08 campaign. He then spent five seasons with Celta’s first team, four of which were in the Segunda División.

While at Liverpool, Aspas admitted during an interview on Spanish radio that his English lexicon was limited. He had learned the basics, and a couple of all-important swearwords, but he was not able to fully communicate with those around him. And, beyond that, the level may have been a step-up too soon after just one season of top-tier football in his homeland.

Aside from the obvious cultural, tactical and technical aspects of adapting to a new country’s game, Aspas was unfortunate. Hampered by bad timing, he joined Liverpool in a season when they would stumble upon one of the most riveting attacking formations in recent Premier League history. Brendan Rodgers found a way to incorporate all of Luis Suárez, Daniel Sturridge, Raheem Sterling and Philippe Coutinho without leaving his side unbalanced, and the quartet’s explosive combination of pace, directness, skill and precision meant Aspas was left out of the picture.

Thanks primarily to their vibrant offensive play, Liverpool found themselves in a race for their first league title since 1990, but they were to be denied in a thrilling climax to the campaign. The beginning of the end occurred in the 36th round of fixtures, when they welcomed José Mourinho’s Chelsea to Anfield. 1-0 down with minutes left, Rodgers’ side piled on the pressure and won consecutive corner kicks. However, Aspas’ short corner went straight to Chelsea’s Willian, and the pressure was relieved. Minutes later, the visitors scored a second to seal victory, ending Liverpool’s 11-match winning run.

The Reds eventually finished second behind Manchester City, and Aspas returned to Spain via a one-year loan at Sevilla. The Andalusian club were obligated to buy the player at the end of the temporary spell, but due to poor form, the presence of Carlos Bacca and Kévin Gameiro and a fight with head coach Unai Emery, the Spaniard once again struggled to find consistent opportunities and form. He scored two goals in 16 league games, and immediately after signing permanently he was sold back to Celta for a fee of £4.5million that was around half what the Galician club had received for him two years previously.

Yet, far from playing with a proverbial tail between the legs having gone back to where his professional career began, Aspas relished his return and played with a verve and consistency that had been lacking in his spells away from Celta.

In his first year back at Balaídos, he helped himself to 18 goals in all competitions, thriving alongside the likes of Nolito as one of the key players atop Eduardo Berizzo’s attack-minded system. Two of those goals came in a stunning 4-1 home win over Luis Enrique’s Barcelona just months after the Catalan giants had been crowned kings of the continent to complete a magnificent trophy treble.

And last season, Aspas arguably stepped up a gear to help his side recover from the loss of Nolito. He was once again the mastermind behind a home win over Barcelona, scoring one and setting up another in a 4-3 win in October, hit two in the 4-1 crushing of rivals Deportivo La Coruña, and scored the opener in the 2-1 away win over Real Madrid in the Copa del Rey.

Aspas was rewarded for the consistency and quality of his displays at club level with a call-up to Julen Lopetegui’s new-look Spain squad. An injury to Diego Costa freed up his place in the team, and he went on to score at Wembley in a 2-2 draw with England. That finish, coming at the footballing home of a country he once failed to thrive in, was symbolic of the player’s rise.

When asked about the goal afterwards, the 29-year-old told the press, “It was a difficult year (for him in England) but scoring here makes up for it. Now I’m dreaming of going to Russia.”

From Liverpool reject to potential Spanish World Cup hero, Aspas’ turnaround is one dreams are made of.