Hungary have to win their last two qualifying matches to stand any chance of finishing in the top two of Group I, and even then they would be relying on results elsewhere to go in their favour. San Marino have lost all eight of their qualifying games so far and Hungary are expected to win with ease on Friday.

Here are our predictions for Hungary vs San Marino.

Hungary have won all five of their previous meetings with San Marino and haven't conceded a single goal in any of those fixtures. Over 4.5 goals have been scored in two of the pair's last four head-to-heads, an 8-0 win back in 2010 and a 5-0 win in 2003. San Marino have conceded over 4.5 goals in three of their last four qualifying matches and we're expecting more of the same on Friday.

This multi-score bet offers good odds on Hungary claiming a 4-0, 5-0 or 6-0 win on Friday and while we have backed at least 5-goals to be scored in this game, the 4-0 final scoreline prediction offers us some wiggle room if Hungary don't make the most of their chances. San Marino have lost their last two away games via 5-0 scorelines, so you can see why we're backing this multi-score bet.

Ádám Szalai is the most likely goalscorer in this Hungary side having netted 25-goals in 76 caps to date. Non of the other Hungary players selected have even reached double figures in international goals so far and Szalai top scores in qualifying for the hosts with 3-goals, two of which have been the first goals in games.

Hungary gave a very good account of themselves away at England last time out but had to settle for a share of the spoils at the end of the day. Sallai converted a 24th-minute penalty to hand Hungary the lead but England got back onto level terms before the interval. Hungary were put under the cosh more in the second half but held firm to secure a decent away point. Qualification looks unlikely for Hungary this time around but this is football and anything can happen.

San Marino suffered their eighth straight defeat in the qualifiers at home to Andorra last month. The visitors scored three goals without reply to secure a comfortable victory and San Marino were left wondering why they couldn't even score a goal against a poor side like Andorra. San Marino have only scored 1-goal so far during qualification and they seem to be one nation who haven't been able to get any better in recent years.

San Marino: Davide Simoncini, Mirko Palazzi, Cristian Brolli and Filippo Berardi have not been selected by the visitors for their final two qualifiers. 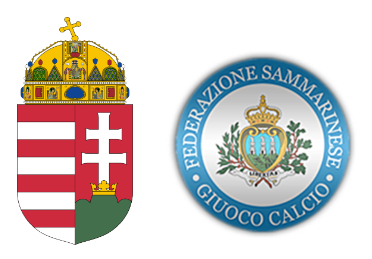