If Hungary are going to have any chance of springing a surprise in the group of death at the Euros they'll need luck and momentum behind them. Can they keep their current positive flow going against Republic of Ireland? Find out with our Hungary vs Republic of Ireland match preview with free tips, predictions and odds mentioned along the way.

Whatever way you assess this match you come back to the same result; a Hungary win. Their place at the Euros is obviously booked and their World Cup campaign has got off to an impressive start too whilst their wider form is equally as positive; Hungary have not tasted defeat for 10 games. The same cannot be said of Republic of Ireland; the Big Irish Greens have mustered just two wins in 15. They've never won in Hungary before either.

As discussed in our first prediction, Republic of Ireland aren't winning too many matches right now. They have started to score a few more goals though and it wouldn't be a surprise to see both them and Hungary net here. Hungary have scored in their last 15 games at home along with conceding in nine of those games. Republic of Ireland had gone through a dry patch on the road but now have seen goals by both sides in their last three on the spin .

Hungary will have to wait to get their noses in front

Do we think Hungary will win this match? Yes. We also think they'll need to bide their time. In their last 10 games, Republic of Ireland have only conceded inside the first 45 minutes on two occasions. The likelihood of them being open from the off is practically zero in this game meaning a fast Hungary start is unlikely. The flip side of Republic of Ireland being tight in the first half is that the majority of goals they concede come after the break hence we've made the prediction of HT draw FT Hungary; it would appear to carry value.

The form of these two is drastically different; Hungary haven't lose in 10 whilst Republic of Ireland have won just once in their previous 10 fixtures. Where the Republic of Ireland are concerned, there will be plenty of eyes on Troy Parrott. The highly rated Tottenham striker has had a couple of unproductive loan spells this season but grabbed his first international goals last time out. He'll need to be at it to notch again though with, arguably, Hungary's best players being their keeper – Peter Gulacsi – and centre back Willi Orban; the duo both play for RB Leipzig. 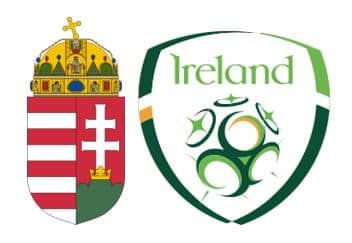