Hungary impressed at Euro 2020 and will be hoping to continue their good run into the World Cup qualifiers where they first face England in Budapest. The Euro 2020 finalists will be expecting a very tough game on Thursday but Gareth Southgate's side have plenty of belief and talent within their ranks and really should be beating Hungary.

England have an excellent record against Hungary, winning 9 of the duo's previous 11 encounters in all competitions. Both teams have scored in each of the last three meetings between the pair and we're expecting goals in this game for both countries. Both teams have also scored in three of Hungary's last six outings and in each of England's last two fixtures.

There should be goals in this game as three of the last four meetings between the two nations have produced over 2.5 goals. At least three goals have also been scored in three of Hungary's last six matches as well as in two of England's last three outings, so you can see why we're backing over 2.5 goals to be scored on Thursday.

Sterling already has one goal in qualifying so far and after an impressive Euro 2020 campaign, you can see why we're backing the Man City winger to score against Hungary. Harry Kane isn't yet fully match fit after missing the opening game of the season for Spurs and Sterling looks at his very best when turning out for Southgate's side.

Lovrencsics, Bese, Kalmar, Siger, Holender and Gyurcso have not made the Hungary squad due to poor form or injury but captain Szalai, experienced midfielder Nagy, defenders Fiola and Lang, as well as vice-captain goalkeeper Gulacsi have all been called-up and will start against England. Hungary proved a tough team to beat a Euro 2020 despite everyone expecting them to lose all three games in the so-called ‘Group of Death', so England will be in for a tough 90-minutes.

There are no call-ups for Ramsdale of Henderson between the sticks, while Dier, Chilwell, White, Gomez, Foden, Calvert-Lewin, Rashford and Watkins also miss out on selection for the upcoming qualifiers for various reasons. Patrick Bamford is the only uncapped player in Southgate's side and the Leeds forward will be hoping to get his chance to prove his ability at this level. Pickford will continue in goal and Alexander-Arnold returns at right-back. Henderson provides the experience and leadership in midfield, while Sterling and Kane look like the most likely source of goals. 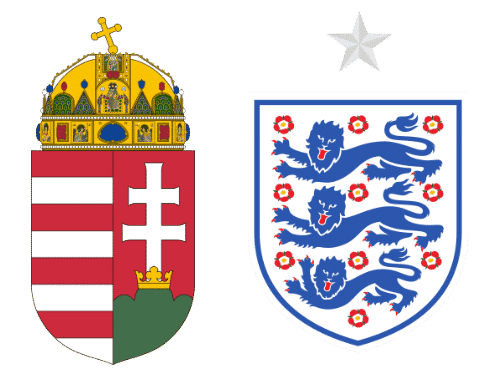