Hull have won their last two matches and appear to have found some good form just at the right time as they now have new owners and are on the lookout for a new manager. Swansea sit just 3pts clear of Hull in the Championship table and we're expecting a very close and competitive 90-minutes between the two sides on Saturday.

Hull might not have won any of their last four meetings with Swansea but we're still backing them to secure all 3pts this weekend. Hull have the home advantage this weekend and have won their last two matches without conceding a single goal since their new Turkish owner took control of the club. Swansea have lost three of their last six matches in all competitions and go up against a rejuvenated Hull on Saturday.

We're not expecting there to be many goals in this game as the last meetings between the two clubs ended in a 0-0 draw. Under 2.5 goals have been produced in four of Hull's last five fixtures as well as in four of Swansea's last six outings, so you can see why we don't expect there to be more than 2-goals in this match.

Everything you need to know ahead of Hull vs Swansea

Hull could move level on points with Swansea this weekend

Hull made the trip down to Bournemouth last weekend where a solitary goal from Longman in the 77th-minute handed the visitors a much-deserved 3pts. Hull look like a different team since the news of their successful takeover and are now seemingly looking up the table rather than what is going on behind them.

QPR and Swansea went head=-to-head at the Kiyan Prince Foundation Stadium in midweek where the pair played out a bitty 0-0 draw. There were lots of niggly fouls and confrontations in the game most notably between Downes and Austin in the second half which saw the Swansea man pick up a red card for two bookable offences against the same player. Swansea have to regroup now and focus on a win this weekend as that could see the Welsh side move up three places in the table.

Swansea: Flynn Downes is suspended for the weekend trip to Hull. 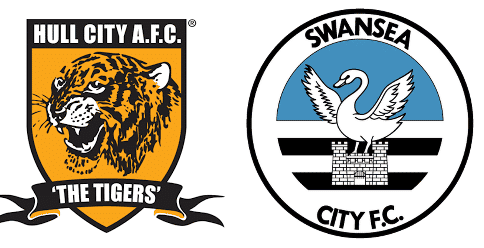